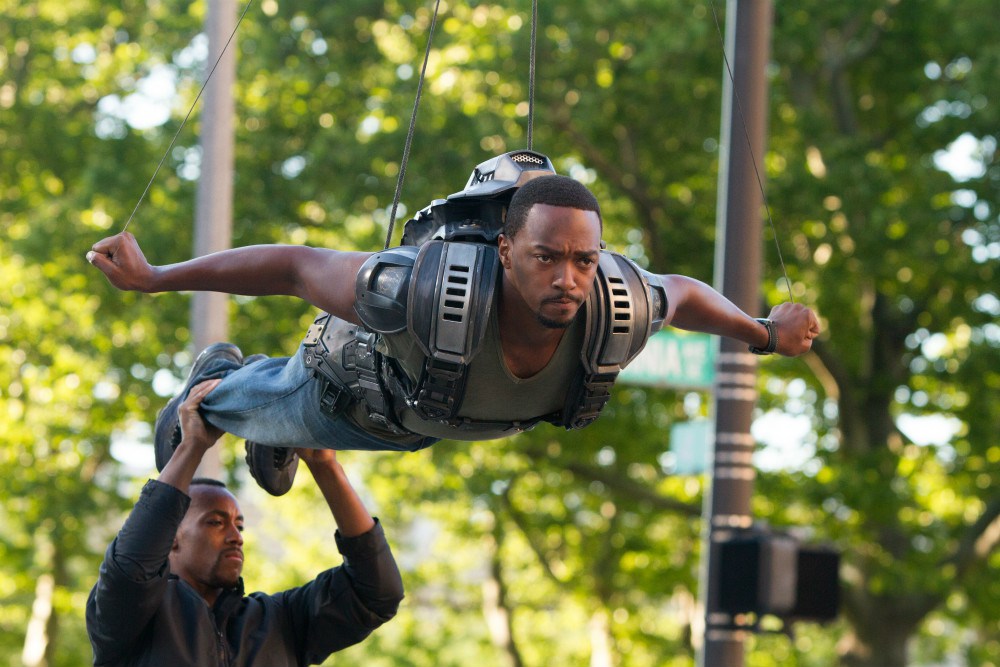 “I feel like Captain America is all about the ups and downs of the society that we live in today. It’s really genius how Marvel can take fictional characters — superheroes at that — and then take the politics of today and wrap them all together and make you believe and buy into it,” said Anthony Mackie, known for his role as Falcon in The Winter Soldier, Ant-Man, and the upcoming Captain America: Civil War. No stranger to controversy, Mackie then shared his thoughts on the recent backlash regarding his comments of support for Donald Trump and the recent character shift within the actual comic book (he’s fighting conservatives).

“I think it’s very funny. I think every time I read the new Marvel comic book and everything that’s going on with my character, it’s informative. And I feel like the court of public opinion is never at a lack for judgment,” Mackie replied.

Speaking what it is like to bring a character from the comic to the Silver Screen, Mackie stated, “I think the amazing thing about the character of Sam Wilson is seeing kids find themselves in that character. When I meet a kid, or an adult, and they say, ‘Oh, my God — I was going through this, or I was dealing with that, and when I read the comic book or I saw you in the movie, it made everything make more sense,’ or, ‘I feel like I can do that, now.’ It’s kind of icing on the cake.”