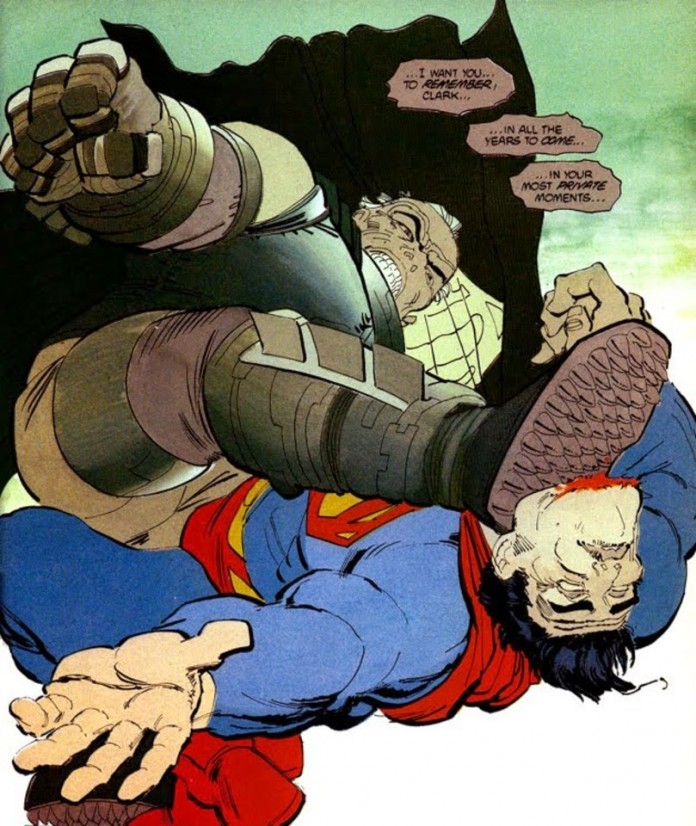 The following image appeared recently on – of all places – Comedy Central’s Instagram account. What; is this funny to you? Are two heroes beating the absolute sh*t out of each other funny to you?? A$$HOLE!!!! Anyway, it looks like – at least for a little while, anyway – Batman wins with a throat stomp in Batman V Superman. OBSERVE!

Hmm. Man alive, it looks like Batman just kicked Superman’s usually un-kickable buttocks. Not only did he kick those buttocks, he also applied his big, spike-layered boots to Superman’s throat. One does this to make sure one can’t speak, get up, or swallow solid food ever again. EVER again.

Oh, and for those comic book readers out there, I’m sure this image looks pretty darn familiar to you. Yes, it very closely resembles the  image I used for the article’s featured image located in the heading above. Yep, Snyder’s REALLY mining that Dark Knight Returns aesthetic.