Home MOVIES Avengers Infinity War Parts One and Two Will Be Renamed! 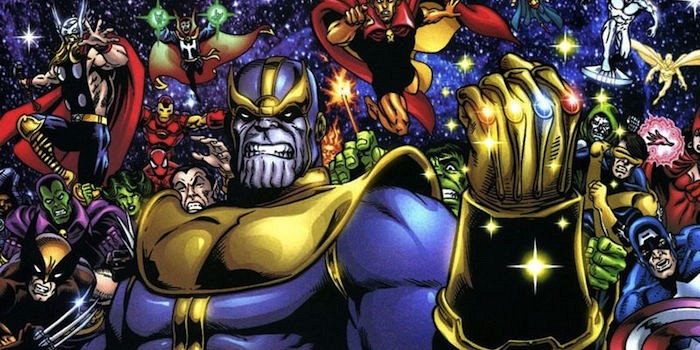 The Russo Brothers, familial directors of Captain America: Civil War, were effectively taking a “victory lap” press junket tour after the overwhelming barrage of positive reviews hurled like a chimney full of rocks at Marvel Studios’ latest, filmic masterpiece. Our good friends at UPROXX had the pleasure of spending a little time with the Russos during said victory lap, and inquired about the next, cumulative Marvel venture, Infinity War Parts One (2018) and Two (2019)! What’s especially interesting about this interview is how Joe revealed – somewhat casually but with a dash of ambiguity – that Avengers Infinity Wars Parts One and Two will be renamed!

The interviewer asked how the directors were going to properly divide the movie, seeing as something referred to as “Parts One and Two” implies something very closely linked. The Russos’ response?

“The movies are two very different movies,” Joe stated. He elaborated that calling something “Part One” and “Part Two” is a bit of a misconception since each film is its own entity.

The interviewer asked if calling them “Part One” and “Part Two” was misleading. Joe’s response?

So, there you have it. What do you think they’ll actually be called when the first part gets closer to its 2018 release date?  Here are a few suggestions:

Previously Infinity War Part One-
1. Thanos Kills Everything.
2. If the Glove Fits…
3. Dear Death: I Love You

Any more suggestions? How about for Part Two??