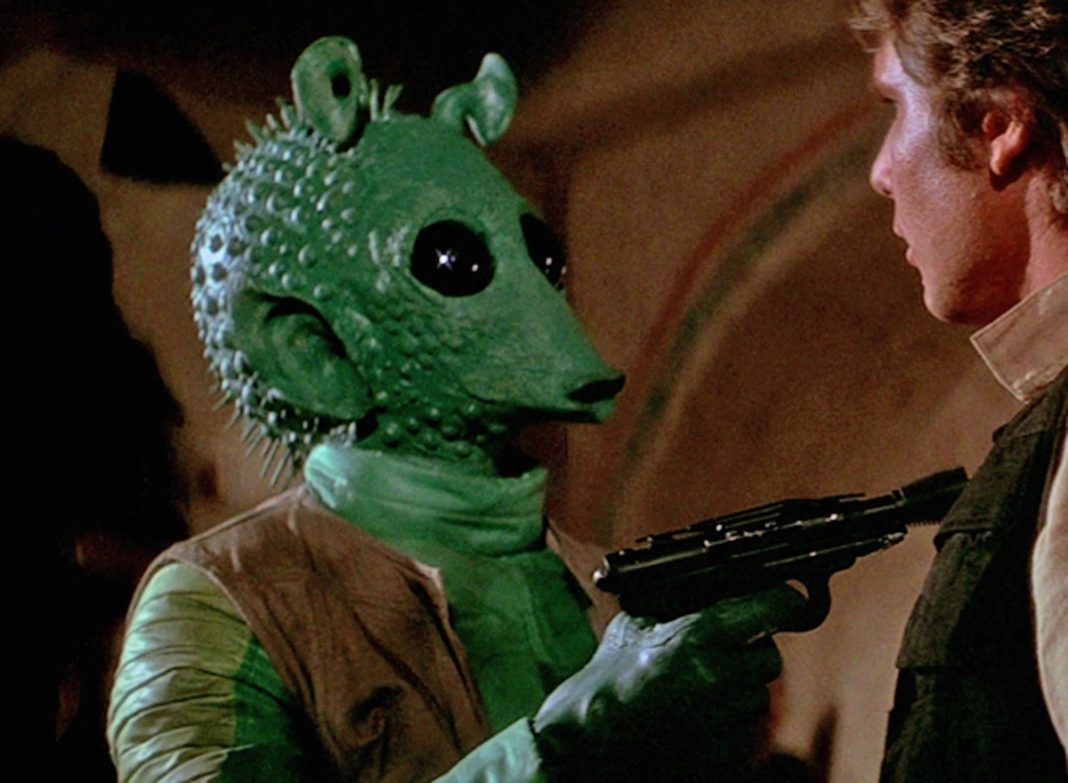 Search your feelings…you know it to be true! In a recent interview with the NY Daily News, Greedo actor Paul Blake explains the famous and unnecessarily controversial scene involving himself and Han Solo. You are familiar with the scene, yes? The one where Greedo finds Han Solo on Tatooine and demands payment for Jabba. In the original version, Han Solo uses his rogue-ish ways and shoots first. However, in a bizarre twist, George Lucas had the scene altered in the remakes to have Greedo shoot first. Wait, isn’t George Lucas the guy who petitioned the US government in the 1980s to not remake and enhance movies? He must have had a change of heart! I believe the reason for the change was to establish Han Solo has a hero first and a rogue second instead of the other way around.

“Of course, [what was] in it said it all in the original script, we played in the scene in English and at the end of the scene, it reads, ‘Han shoots the alien.'” actor Paul Blake stated.. “It’s all it says and that’s what happened. It was very painful.” Sounds like the actor enjoys talking about his rather brief tenure as an alien in Star Wars! Perhaps we’ll be able to see a Greedo standalone movie 10 or 20 years down the line when they need more spinoffs? Kidding aside, it is nice to hear that people still remember who originally shot first. Paul Blake then joked about his character, “He was a bit inept wasn’t he? He’s a worse shot than a Stormtrooper. I don’t think Jabba had him under a pension plan let’s put it that way.”

“It would be lovely to see them go back to the original version, I much preferred it, I must say. And it does give it Greedo a little more glory if he’s just blown away,” he then finished. Glad to hear that even Greedo thought Han Solo shot first…and he was the one playing a throw-away mercenary. Hopefully one day we see that scene returned to its original glory instead of having to dig out tapes, director’s cuts, or Youtube clips. We won’t ever forget, George Lucas!