Home MOVIES Batman Calls out Superman on the Set of Batman V Superman! 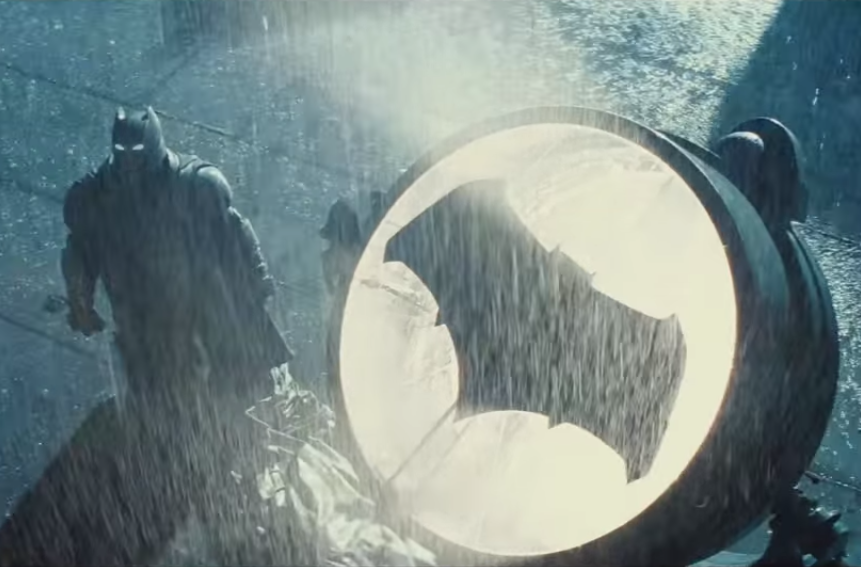 Once again, the photographic documenting by renowned picture-taker, Clay Enos, grants us another stunning, iconic image from the set of Batman V Superman: Dawn of Justice. As part of the special features included with the Batman V Superman: Ultimate Edition currently streaming, and hitting Blu-ray DVD on July 19th, these stunning images documented the first assemblage of DC’s Trinity, a striking image of Wonder Woman, and now…a wholly defiant Batman. Yep, Batman calls out Superman in this latest image, shining the Bat-signal in defiance of Superman’s request to…uh…completely ignore it, since, quoting Superman, “The Bat is dead.” OBSERVE!

Batman could have just let things alone. He could have simply heeded Superman’s warning, which was very clear, concise, and incapable of being misheard or misconstrued.

“Next time they shine your light in the sky, don’t go to it. The Bat is dead. Buried. Consider this mercy.”

But, well, Batman is Batman, and anyone skipping across the globe at Mach 3 and punting aircraft carriers over international waters is absolutely in line for one of his fastidiously strategized beatings.

Batman V Superman: The Ultimate Edition is now available for HD streaming over multiple streaming platforms. The Blu-ray disc will be available for physical, collectible purchase and consumption on July 19th!