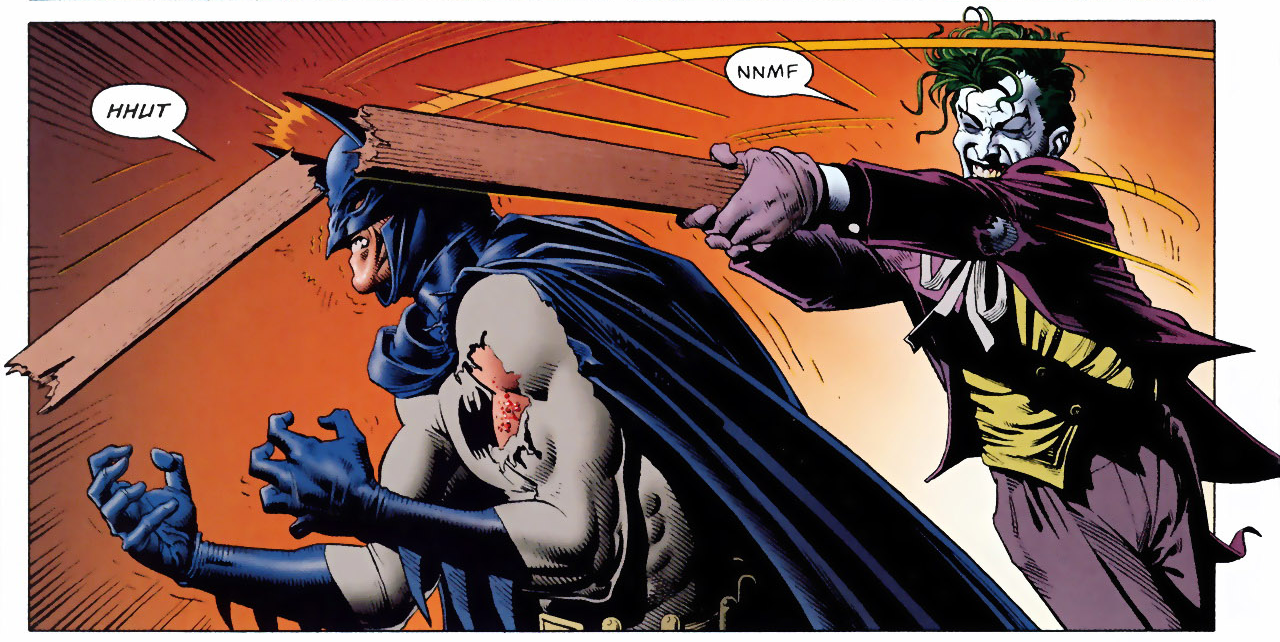 It’s official! Batman: The Killing Joke animated film just received its release date! The rated-R animated film translates Alan Moore’s seminal, titular, DC graphic novel released in 1988; it told the story of  Batman and Joker examining their seemingly, psychologically symbiotic relationship. Besides opining on Batman and Joker inhabiting different sides of the same coin (so to speak), The Killing Joke also revealed the surprisingly sorrow-filled origin of the Joker before he became the white-faced, maniacal, murderous “Clown Prince of Crime” who would become a consistent, unrestrained, veritable thorn in Batman’s side. Of course, as this particular, past narrative spun revealing Joker’s previously veiled origin, the “present” narrative unwound violently as (SPOILER, I guess) Joker kidnapped two Gordons and shot the hell out of one. Jerk! Anyway, about that release date…

According to Amazon, The Killing Joke will be available on Blu-Ray and DVD August 2nd! And, there’s a deluxe edition that features a Joker figure! NEAT!

Now, our complete list of past and upcoming DC animated films currently has a release date of July 21st, 2016; I’m thinking this could be the release date for digital HD streaming. Now, let’s take a look at the Blu-Ray cover AND the deluxe edition.

Oh, and I almost forgot; Kevin Conroy is Batman, and Mark Hamill is Joker. Psyched? Psyched!