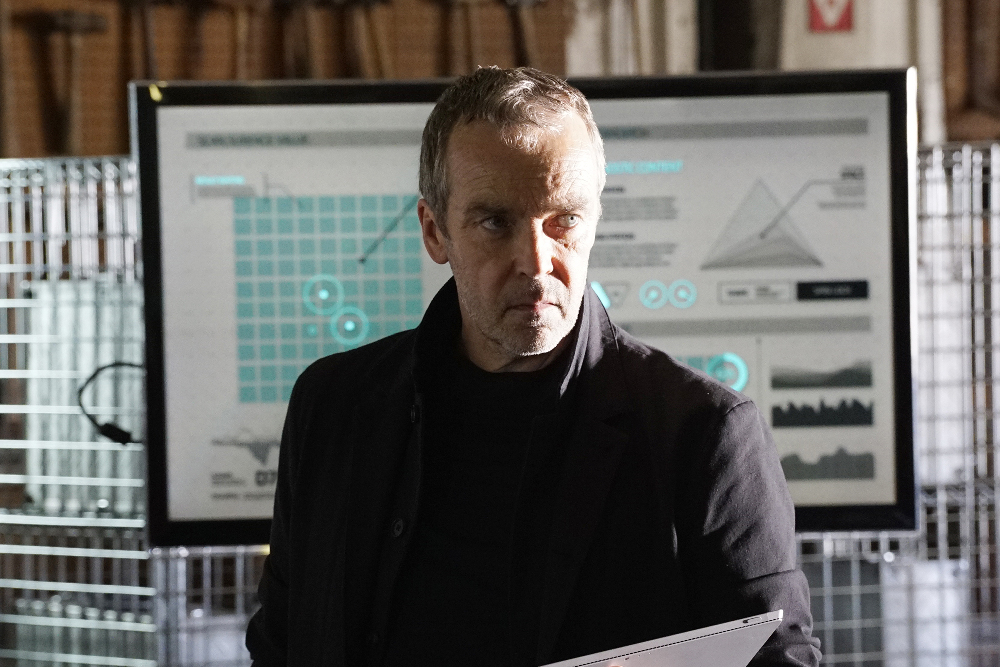 Check out Our Review [WITH SPOILERS] of Agents of SHIELD Season 3 Episode 19: “Failed Experiments.”

Holy Kree!!! The big bad blue Space Warriors finally show up and cause a mess of things in the process. We also have dueling scientists, with some looking to cause an Inhuman uprising… and others looking to cut it off at the head. Caught in the middle, Daisy “Quake” Johnson… who seems to have finally chosen what side she’s fighting on (hint: it doesn’t bode well for S.H.I.E.L.D.).

We know where this season will end up; S.H.I.E.L.D. has to stop Hive from building an army of Inhumans. We saw Part One of Hive’s plan fail miserably, after turning the remaining heads of Hive into puddles of human goo; they literally melted as if they witnessed the opening of the arc of the covenant. For Part Two, Hive needs one thing to make his plan work: blood from a living Kree.

-The Return of the Kree-

You remember the Kree right? Ronan the Accuser was one. We saw in Season 2 that S.H.I.E.L.D. kept the remains of one functioning, leading to the resurrection of both Phil Coulson and Daisy. Well, they’re back. First they kicked off the show, which showed two Kree Reapers kidnapping the original human version of Hive (a very primitive version) and performing the tests that would lead to the creation of the Inhumans.

This time Hive was in control and, using the Orb and other Kree artifacts, contacted the aliens with the hope of capturing one of them and draining him of his blood. When the two arrived, one went after Hive and, after a lengthy church battle, was killed after Hive sucked the juice out of him… ripping his blue heart out in the process. As for the other Kree, he went to the site of the Inhuman experiences… when he ran into Daisy.

Ok… so who knew Daisy was such a badass. We previously saw her Quake powers as nothing more than slightly pushing people. Then two weeks ago, we saw her true strength when she caused the S.H.I.E.L.D. headquarter to collapse. Flash forward to last night… and she’s going toe-to-toe with a Kree Warrior. Not only that, but she whooped his ass and then snapped his spine just for good measure. Finally, we get a hero on this show that can strike fear into their enemies.

Sadly for Mack (everyone’s favorite. And be honest… you know he’s your favorite), he just became Daisy’s new number one foe. Mack went rogue when a S.H.I.E.L.D. Task Force was sent to take down Hive. He tried to bring his former partner Daisy back into the S.H.I.E.L.D. fold, but then things took a turn for the worse. We now know Daisy is completely on board with Hive’s plan to turn all humans… into Inhumans. Mack saved the day by destroying the paralyzed Kree’s body, but almost lost his life when Johnson used her Quake powers in an effort to cause Mack’s heart to explode (thankfully Agent May showed up to save his life).

In the aftermath of nearly killing her former partner, a revelation came to Daisy. Kree blood was used to save her life (remember in Season 2?). Now she is the key for Hive’s master plan to morph everyone into Inhumans. Now it’s S.H.I.E.L.D.’s turn to find a cure. Just don’t expect the Avengers to come lend a helping hand… despite the potential for an Intergalactic incident.

-No True Connection to Civil War-

One of the biggest highlights for seasons one and two of Agents of S.H.I.E.L.D. was how the show embraced the action that happened on the big screen. Three episodes were tied into Captain America: The Winter Soldier directly (it even included a Nick Fury cameo). The fall of S.H.I.E.L.D. also played heavily into the first half of season two. Then when that season came to an end, one episode directly lead into the opening sequence of Age of Ultron. While a connection between television and cinema wasn’t the strongest, it was there and very noticeable. The same can’t be said for season three.

With Captain America: Civil War hitting theaters this Friday, I was fully expecting some kind of integration, no matter how small. However, it appears the brewing rift between Marvel’s television and movies is already reaching a boiling point. The Inhuman action in Agents of S.H.I.E.L.D. may never cross into the movies… and superhero chaos may only be met with shrugged shoulders on the small screen. Let’s hope for some kind of connectivity between Civil War and Agents of S.H.I.E.L.D. on next week’s episode. One of the best parts of the MCU is how everything remains connected, but if Agents of S.H.I.E.L.D. gets left out of the action, Phil Coulson’s task force may not have much more screen time in the future (Agent Carter learned that lesson the hard way). 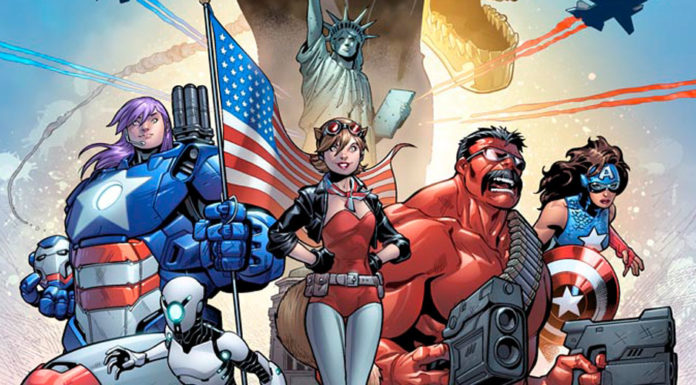 Josh Brolin Looks Forward to Bringing the Wrath of Thanos