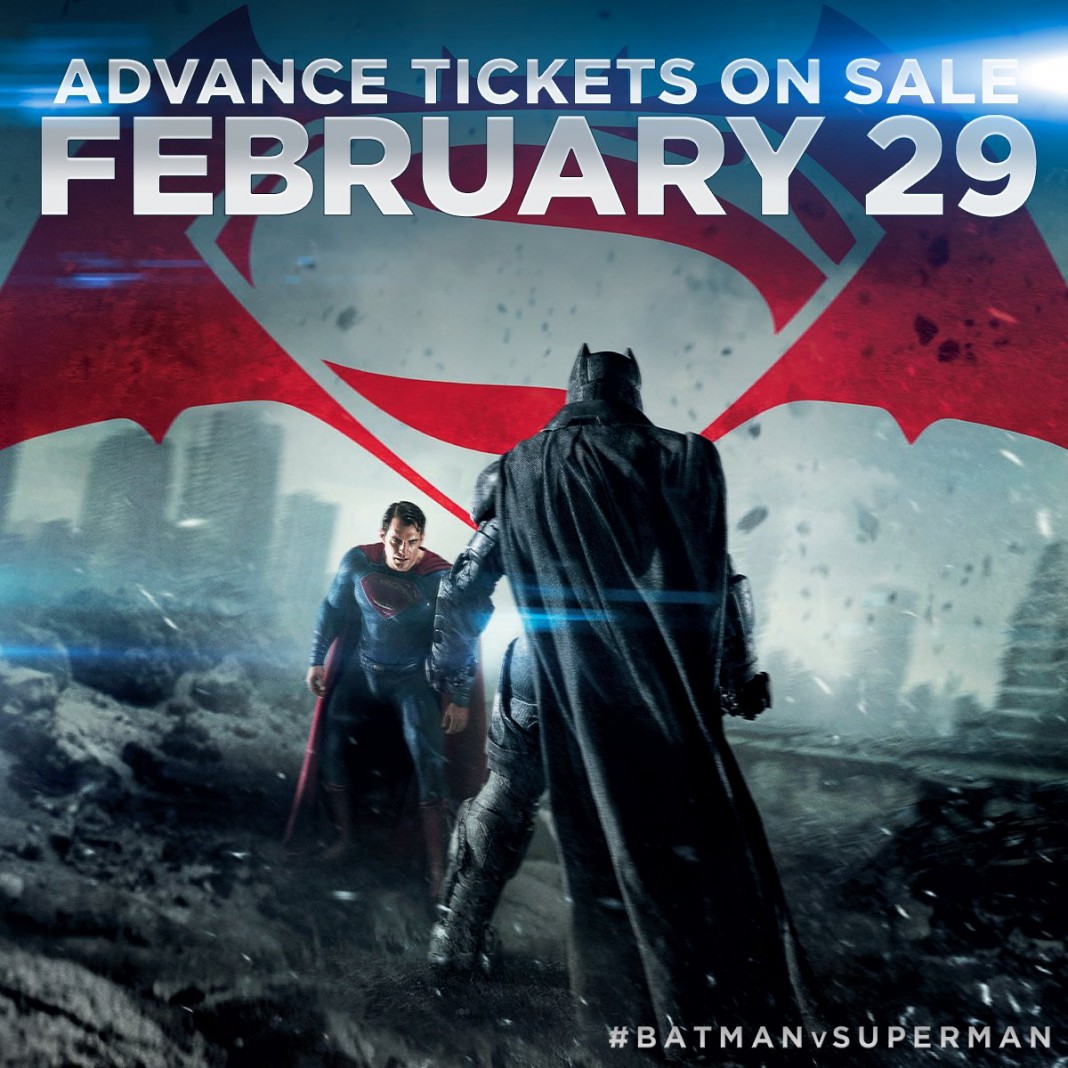 Start saving now if you haven’t already because we now have a definitive release date for early ticket sales for Batman V Superman. This Batman V Superman ticket resales announcement comes to us from the magical land of Twitter. You know, that place where you can’t write more than 140 some-odd characters? Exactly! So here you are folks…mark your calendar for next Monday, the 29th because that will be the day you can go mosey on over to Fandango’s website and order yourself up a ton of those tickets; one for you and all of your friends! Of course, if you saw the early trailer screening you’ll be getting your ticket around the same day, so worry not!

If past movies have been any indication, Fandango’s website might suffer from some delays or outages. Remember when Star Wars: The Force Awakens went on sale? The damned website was down almost the entire day! I’m not entirely sure if Batman V Superman: Dawn of Justice will be able to capture that kind of lightning in a bottle but I definitely expect Fandango to be running just slightly slower than normal. That’s probably a bit more on the conservative side of expectations. Hey, I saw Green Lantern twice in the theater so I’ve become somewhat pragmatic at my approach to DC movies. Batman V Superman: Dawn of Justice opens up on March 25th, 2016 and stars Ben Affleck, Henry Cavill, Amy Adams, Jesse Eisenberg, Diane Lane, Laurence Fishburne, Jeremy Irons, Holly Hunter, and Gal Gadot.