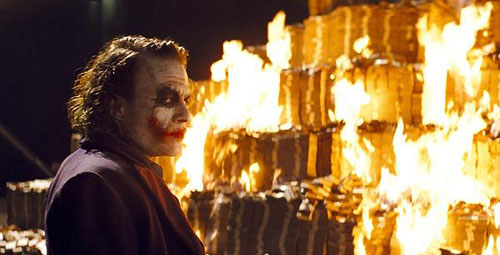 We all knew Batman V Superman: Dawn of Justice was going to be big, but it looks like it is currently becoming a monster! Perhaps like something Lex Luthor grew in his lab with left-over Michael Shannon or something. Joking aside, advanced Batman V Superman ticket sales are tracking somewhere in the 140 million domestic range while globally around 300-340 million. “As expected, Batman v Superman: Dawn of Justice is anticipated by the fan male audience. The audience profile is 78% male, massively over indexing between ages 14-49. This is your avid opening weekend audience with some 70% attending films during opening week, spending 3.2 times more than the typical US moviegoer,” stated Movio Co-Founder and Chief Executive Will Palmer. 3.2 times more? I guess that means they are expecting us to burn through a ton of popcorn…or go see the movie a couple of times over the opening weekend. A box of peanut M&Ms is probably close to a movie ticket anyways.

“99% of BvS’ advanced ticket buyers have booked sessions over opening weekend, with 57% on Thursday night (two-thirds of them for the first screening session at 6 or 7 pm) and 22% on Friday. Average age for a Thursday night audience member is 30.3 years old versus Jurassic World’s average opening night ticketbuyer of 30.6 years old,” according to Deadline and Palmer’s website, Movio. Again, not all that surprising but it is interesting to see that BvS ticket sales are looking pretty healthy and we could even be surprised. Remember when Deadpool was only looking at like a hundred million? Exactly! Batman V Superman: Dawn of Justice lands March 25th, 2016 and stars Ben Affleck, Henry Cavill, Amy Adams, Jesse Eisenberg, Diane Lane, Laurence Fishburne, Jeremy Irons, Holly Hunter, and Gal Gadot.