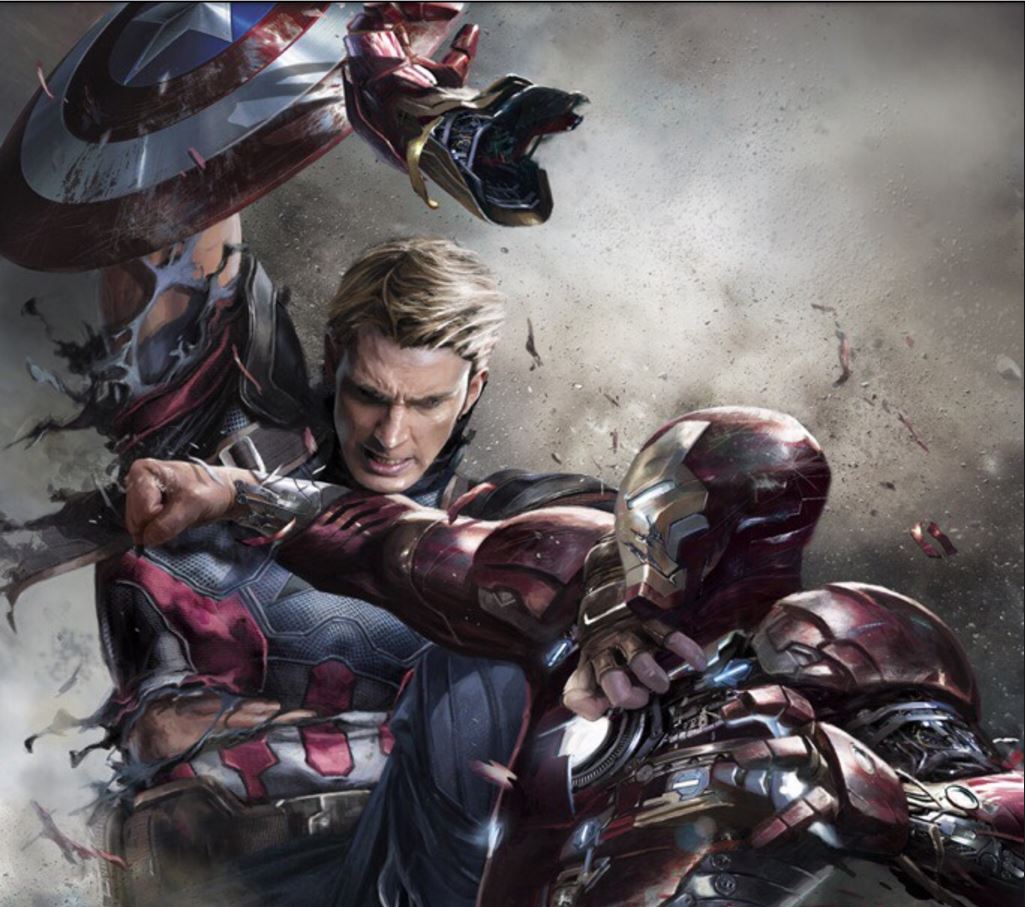 Released over tumblr, this amazing piece of Civil War concept art features a Cap and Iron Man locked in the final, EXTREMELY HEATED moments of combat; this is long after all the negotiating, deliberating, arguing, screaming, sparring and punching. This image reflects a point where the conflict isn’t about morals or justification or altruism or personal freedom or any other abstract tenet. Now, at this very moment that’s frozen, expressed and examined through illustration, Cap and Iron Man are lost in the simple, economical, wild delivery of pain and suffering to an equally inspired opponent. The time for logic, mediation and compromise is over. Now…right now…it’s all about doling out the maximum amount of physical punishment.