Last night we were treated to not one, but two, Spider-Man: Homecoming trailers. Alright, the difference is fairly minimal, a few seconds of extra footage, slightly different editing, but still. Two trailers!

Finally, after months of speculation, and more leaks than a broken sieve, we get our first concrete look at Spider-Man: Homecoming.

And what a look it is.

The international trailer opens in a very familiar way. We see a few shots of Spidey’s debut in Civil War, just in case we forgot how cool it was.

Then we see Peter talking to Tony in his limo. Immediately, we get a glimpse of Spidey’s future. He’s very inquisitive about the Avengers, and how one joins, alluding to his appearance in future Avengers movies. Perhaps even Infinity War?

We also see Peter and Tony’s almost paternal relationship bloom. Tony leans over to Peter to open the door, but Peter misinterprets it for a nice fatherly hug.

He pops up several times to guide Peter, telling him to, “Forget the flying monster guy,” who we’ll get to shortly. This could lead to conflict between the two as Peter just wants to help, but Tony won’t let him.

And They Called It Puppy-Love

In trailer #1, we see both Peter Parker and Ned Leeds fawning over Liz Allen, who is seen putting up a poster for the school’s Homecoming (Coincidence, I think not).

Ned and Peter are shown as best friends in this trailer, but in the original Amazing Spider-Man comics, they acted as rivals for Betty Brant’s affection. Replace Betty Brant with Liz Allen, and you’ve got yourself a pretty interesting love triangle.

We also see Zendaya’s character, Michelle, who was rumored to be Mary Jane, calling them “losers” for gawking at Liz. 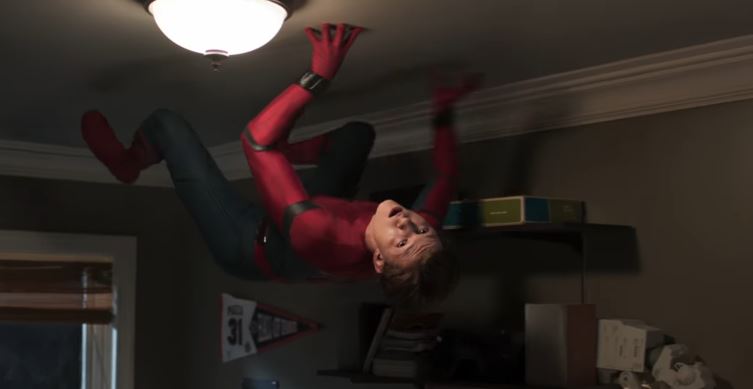 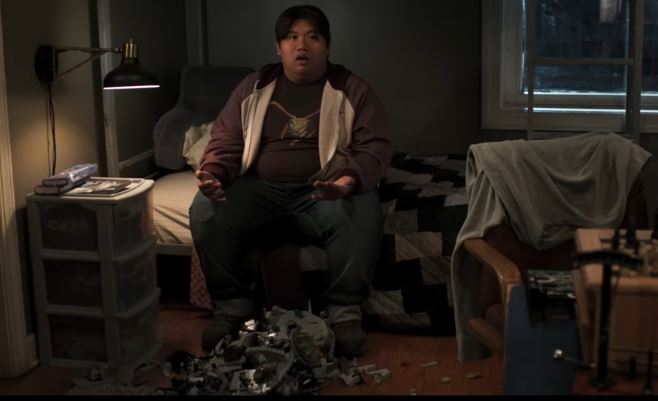 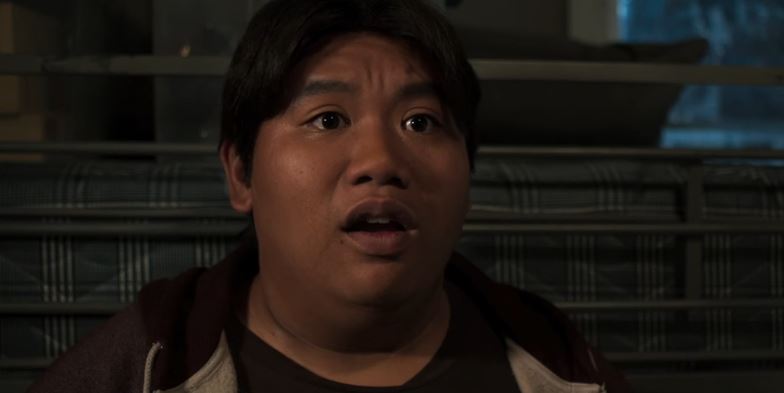 We’re used to seeing The Vulture as a nearly senile old man, with access to a wing-suit, looking to scratch “be a D-list Super-villain” off his bucket list, but this interpretation looks very different.

The role is being played by Michael Keaton, famous for his role as Batman many years earlier. You either die a hero, eh? Keaton brings an amount of menace to a fairly laughable villain. Before, I was skeptical if the Vulture could carry a movie as its main villain, but now, I have no doubt.

We hear him say, “Don’t mess with me, or I will kill you, and everyone you love.” What a charmer. The trailer makes it seem like he is addressing our hero. Could he have pieced Peter’s identity together himself?

We also get the smallest glimpse of who we can only assume is The Shocker, throwing a bus at Spidey. Whether he works with Vulture, or is a free agent, is unclear. But, looking at the fact that he pummels Pete in time with The Vulture threatening his life… it looks like they may be pals.

The Vulture also seems to have what looks like the Green Goblin’s glider sellotaped to his back. Perhaps Oscorp may still be involved, despite its absence from the trailer?

One of the most prominent scenes in both trailers is aboard a cruise ship. In the international trailer we see The Vulture raiding it. We can only presume he’s after some loot from the rich guests. But perhaps there is an altogether more sinister reason?

It looks like liz Allen, and Ned Leeds (among other Mid-Town students). could be aboard the vessel. Maybe The Vulture DOES know Pete’s secret, and is targeting the ones he loves, as promised. This would serve as an epic climax to the film.

We see Spidey using his webbing to hold together the cruise ship as it splits apart. This scene is eerily reminiscent of 2004’s Spider-Man 2, in which Spidey has to slow a speeding train. This saps all of his strength, allowing Doc Ock to defeat him.

Film history may repeats itself if an exhausted Spider-Man has to go toe-to-toe with the full might of The Vulture.

The teaser footage from a couple of days ago, shows itself again:. Spidey climbs the Washington Monument, and jumps off to show his new gliding capabilities. All while police snipers are trained on him.

As to why Spider-Man is in D.C, we don’t know. It looks as if someone (likely The Vulture) is attacking. He may be there by chance, or perhaps he is chasing our villain?

Either way, stopping an attack on one of America’s most famous landmarks gives the Wall-crawler the perfect opportunity to show the world that he’s here, and that he’s a friend.

The final shot of both trailers which, if you’re anything like me, made you squeal louder than a pig with a megaphone, shows Spider-Man and Iron Man swinging and flying side by side.

This shows that Iron Man isn’t just there for fatherly support, but combat support as well. Perhaps the cruise ship isn’t the final confrontation, and Tony and Peter team up to tackle The Vulture together.

But then again, a cruise ship in the ocean would be hard to get to with just webs. Maybe Tony is just his ride?

Those are the parts of the trailers I thought were the most noteworthy and what they might tell us about the plot.

One thing is certain, however: I am very damn excited for this movie.