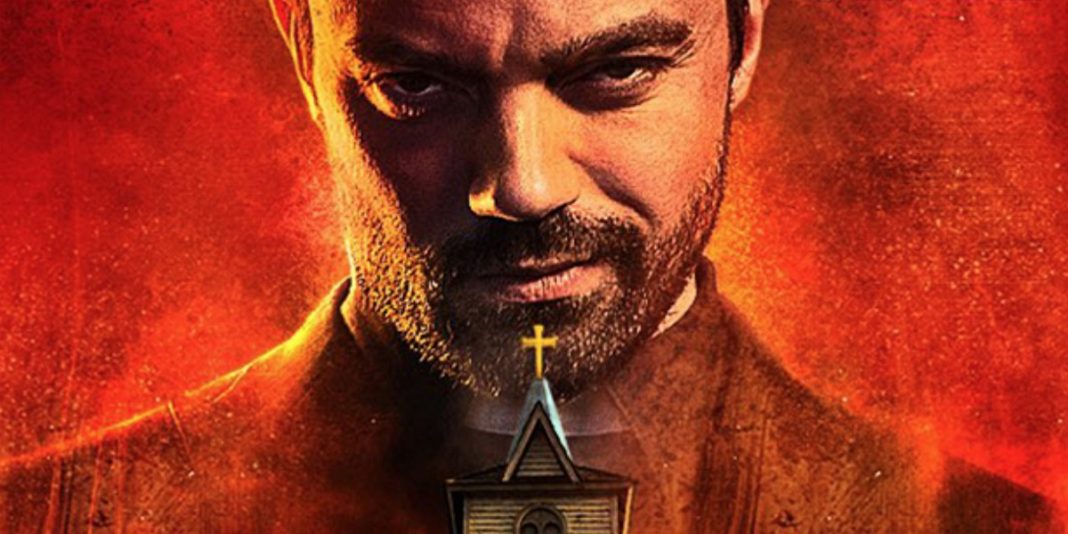 Twenty years ago, the super-powered team of Garth Ennis and Steve Dillion started publishing one of the most revered comic book series of all time, Preacher. With influences ranging from religion to westerns, the series gravitated to a number of darker, controversial themes. In its 66-issue run, alongside a handful of one-shots and a mini-series, Ennis managed to tell one of the most original stories in comics. Above all else, the creative duo challenged the beliefs most readers took for granted, begging them to not only question the nature of life but their own morality as well.

From the wild success of the series, several adaptations to film were attempted before Preacher found its home on AMC. The film rights were originally sold to Electric Entertainment with a script written by Garth Ennis himself, but they could not produce the film alone. With the help of director Kevin Smith, Electric Entertainment and Ennis tried to get Miramax Films to help produce, but they declined. From there, the Preacher film found itself in development hell, waiting to be given a green-light. Not even HBO or Columbia Pictures could save it, seemingly casting Preacher into eternal damnation.

After years of uncertainty and fear, AMC decided to try their hand with the seemingly cursed series, announcing a pilot in 2013. Now, three years later, thanks to the big wigs at AMC, Evan Goldberg, Seth Rogen, Sam Catlin, and executive producers, Garth Ennis and Steve Dillion, Preacher is FINALLY airing on television with style. Although part of that credit for style goes to the actors as well. In the series, Jesse Custer aka Preacher is played by Dominic Cooper, Tulip O’ Hare by Ruth Negga, Cassidy by Joesph Gilgun, Hugo Root by W. Earl Brown, and Arseface by Ian Colletti.

So far, 6 episodes have aired since the premiere on May 22nd, meaning that we have a lot of ground to cover. So, let’s get caught up with AMC’s Preacher, and take a look at episodes 1 & 2 of this genre-bending series.

For any of those new to Preacher, who had not read the comics prior, the pilot was probably one of the strangest things ever played on television.

Why are people exploding?

Why is the plane’s bartender killing everyone?

What’s wrong with that kid’s face? It looks like an…

Wow, that was a deep voice!

HOLY S**T! The annoying guy ripped his freakin’ heart out!

Does that about sum it up? Well, Preacher had a strange start to say the least. Without any prior knowledge as to who these people were, it confused most viewers but in a good way. By leaving viewers with questions, they had to come back for more! Even for fans of the comics, there were still questions that needed answers.

Fortunately, this entire tone of the show was set by the opening scene: expect the unexpected. Throughout the first episode, the viewer was hit with twist after twist. Hell, most TV shows build up to the kind of stunts, fights, and epic moments that Preacher had in its PILOT; this solidified the fact that there is more epic action to come.

However, the main problem with the pilot was that Jesse Custer didn’t feel like the center of attention. The episode just barely balanced all of the character introductions and motivations. By the end, it seemed like Tulip and Cassidy shined the brightest, overshadowing the titular Preacher. While Jesse’s bar fight was fantastic, it failed by comparison to both Tulip and Cassidy’s high-speed battles.

On the whole, the Preacher pilot was a huge success. Each actor appeared committed to their role and played them well. Additionally, the wide-shots and other removed camera angles beautifully captured the entire environment, making the episode wonderfully cinematic. Yet, the unorthodox style in the introduction of characters and the overall plot was Preacher‘s greatest strength.

Like its predecessor, the second episode also had a strange opening. The viewer finds themselves in the year 1881, just outside a town called Ratwater. Not much is seen or done in the opening, but there is significance, especially for the fans of the comics. However, without spoiling the show, for the average viewer it’s just a cowboy; a rough, tough-looking cowboy who decides to leave his gun behind, which is kind of atypical considering its the “Wild West.” However, it is brilliantly filmed like the pilot episode.

The best moment by far are, once again, thanks to Cassidy. The two mysterious men tracking Jesse’s gift finally find the power’s host. Passed out from vampire-proof moonshine, Jesse is entirely vulnerable when the chainsaw is pulled out. Thankfully, Cassidy is there to brutally murder the two unknown men. The bloodbath is so spectacular that it feels like it has been pulled right out of a Quentin Tarantino film.

Additionally, the episode still manages to introduce characters while giving known characters small arcs and development. In the hour-long episode, Preacher goes from questioning his morality to embracing his bad side for good. Thanks to his conversation with Arseface, Jesse is able to except himself. After looking at that kid, Jesse had to realize how much better off he was. So with his new lease on life, Jesse goes to confront the bus driver and discovers his power. From there, he returns to the Loach residence to use his power for even more good by telling Tracy, “Open your eyes.” Although the episode cuts off there, we do see Jesse make positive steps to embrace his power and himself.

With Jesse back as the focus, the second episode of Preacher also succeeds. Once again, it balances everything extremely well: new characters, main characters, plot, and subplots. And it does all this adroitly because it has to. Heck, with all of this setup going on, one mistake could ruin it all, so Preacher is taking its time. Hopefully, the build-up will all be worth it.