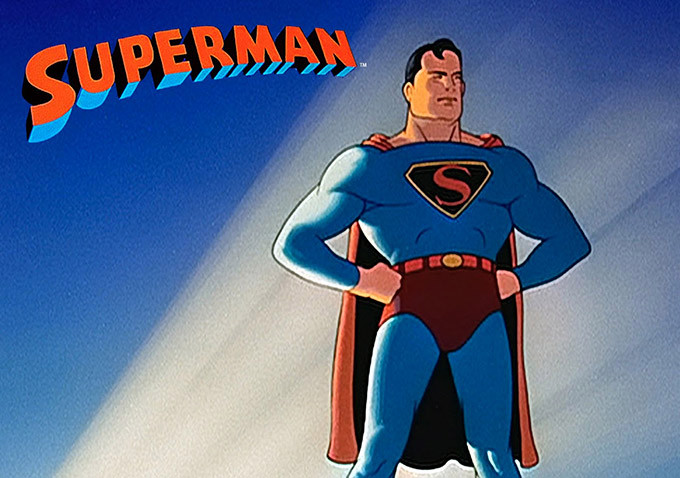 This month marks the 79th anniversary of Superman. Now, we fans have seen many incarnations of the Man of Steel expressed in comics, the Christopher Reeve and Henry Cavill films, and shows like Lois & Clark: The New Adventures of Superman and Smallville. However, one of my favorite versions of Superman is from the Max Fleischer shorts of the 1940s!

If the name Fleischer Studios name rings a bell, it should. They are the studio who also made the Popeye and Betty Boop cartoons. According to lure, Max and his brother David Fletcher didn’t want to make the Superman shorts when presented the idea from Paramount. So, David suggested the then outrageous budget of $90,000 per short, thinking there was no way Paramount would go for it. Much to their surprise, Paramount signed off on it.

I remember watching these on home video as a kid. I was in heaven! It was a combination of everything I liked back then: superheroes and cartoons!

In my opinion, these are some of the best animated shorts of all time. The first short, Superman aka The Mad Scientist, has some of the most impressive animated sequences ever seen by human eyes. The way Superman flies in the sky and moves so fluidly, and the final scene where Superman confronts the mad scientist, are just beautifully rendered.

Speaking of Superman’s flying, these animated shorts are the reason Superman has the ability to fly. Before, Superman would leap everywhere in the comics, hence the phrase “leap tall buildings in a single bound.” According to Nerdist, the Fleischers “wanted to lighten the workload on the animators.” It would take forever to draw Superman constantly leaping everywhere, so DC Comics gave them permission to let Superman fly.

Another massive impact these shorts had on the Last Son of Krypton is the phrase, “Look! Up in the sky! It’s a bird! It’s a plane! It’s Superman!” Yes, these shorts are where that phrase came from. Now, it is common to see that written in a panel of Superman or Action Comics. The phrase was also used in the intro to the George Reeves TV series from the 1950s.

One of my favorite shorts from Fleischer Studios is The Mechanical Monsters. Here, Superman fights giant robots that are robbing banks and jewelry stores. The final scene where Superman fights the robots and the evil inventor is amazing to watch. The way the lava is drawn, and the use of shadows and lighting make this short a true accomplishment.

More interesting facts revolve around Bud Collyer, the actor who was the voice of Superman/Clark Kent. Collyer also voiced Superman in the 1940s radio show and went on to host the TV game shows To Tell The Truth and Beat the Clock.

I enjoy the way he voices Clark Kent, granting the character a higher pitched voice and lowering it when Clark transitions to Superman.

Other standout shorts from the Fleischer Studios Superman series include Billion Dollar Limited and The Arctic Giant. If you ever have a chance to see these shorts, definitely give them a shot. They stand the test of time and are the gold standard in animation.

Watching just one short will show you how much effort and time was put into the series. Quite frankly, the animation quality is miles and miles ahead of what you see today in shows like Bojack Horseman, F is for Family, Rick and Morty (I know it’s blasphemy to say anything bad about that show) or the revamp of DuckTales.

What do you think of these animated Superman shorts? Should they inspire contemporary animators to strive for a quality cartoon? Let me know in the comment section below!