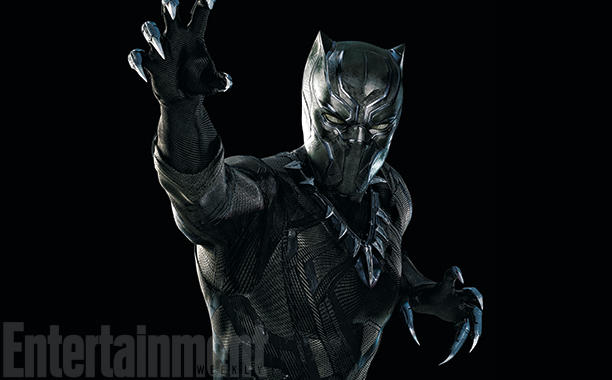 Speaking with Entertainment Weekly, Chadwick Boseman spoke on what it’s like to play Marvel’s Black Panther and what we fans have to look forward to. Of course we heard early Easter Eggs detailing T’Challa’s existence within the Marvel Cinematic Universe (hello Age of Ultron) but we will get our first appearance of Black Panther during Marvel’s Civil War! Explaining what motivates Black Panther, Boseman said, “There definitely is a sort of tradition that he’s torn between, in terms of how things were done in the past and how things need to happen now in this new world, I think there’s perhaps a bit of a maverick there, and then there’s also a need to live up to traditions and his father’s legacy. And not even his father’s legacy, but the entire nation of Wakanda. I think those are the things you will see. In publishing, he is sort of this very wise and a sanguine figure who seems to know more than he lets on, I think this is Black Panther in his younger years, where he maybe is a little bit more fiery than I think how they write him in the comics because he’s very much in the nascent stages of being a hero. So that means he is probably more fallible than the Black Panther that you read in comics, but for reasons that are completely logical.”

We will also see Vibranium further explained – Ultron made his body out of it and it’s an extremely potent substance, as per Captain America’s Shield. How will Black Panther utilize such a mythical metal? Boseman responded, “As far as the storytelling is concerned, the vibranium is a metal that is dynamic. It can change how it’s used. It’s not a liquid, but it has the ability to change shape and change form and still have its strength. I think there are a lot of things about that in the mythology that I think has a lot of potential in terms of the storytelling… It’s not just about being durable, it has the ability to absorb energy. It’s not just like you hit it and it doesn’t take it. It has the ability to absorb the attack of another person and repel or respond to that attack. That’s part of the power. As for fighting style, Black Panther has a unique amalgam of moves. There are some animal forms, but not just cat. He could be a snake, or various different styles. Obviously there’s an opportunity to do some capoeira. Part of Panther’s power is not just brute strength, but thinking ahead. The key with T’Challa is to keep everybody on their toes. It’s to do the thing that is surprising, that you wouldn’t expect. So there’s a lot of agility and a lot of, like, ‘Why did he do that? Oh now I know why he did that. He was gonna come over here after he did that.’ I wouldn’t say he’s a ninja, but he does employ some of those aspects as well.”