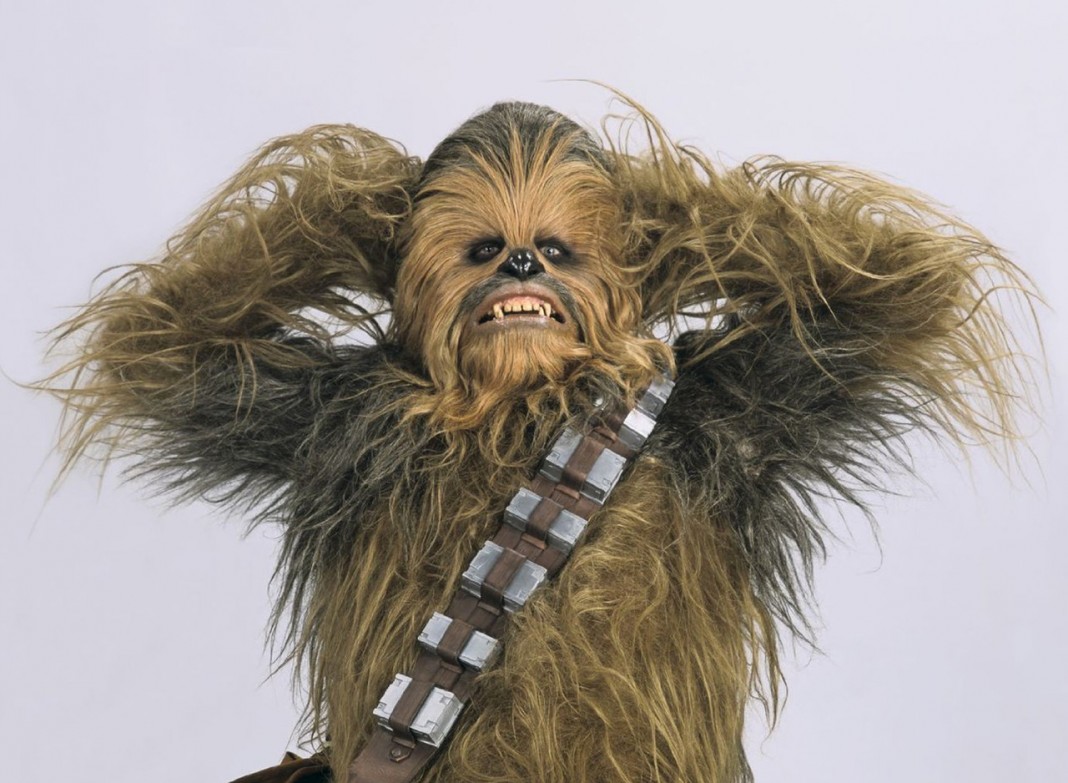 It seems Chewbacca isn’t dealing with grief too well. After… (SPOILERS)… losing his best friend Han Solo in The Force Awakens, The Wookie has taken to social media to share some fond memories. Yes; we live is a world where Chewbacca tweets the original Star Wars script.

That’s one way to look at things. Another way; the man behind the wookie, Peter Mayhew went on twitter (his handle is @TheWookieRoars… which is amazing) and posted the first four pages from his original Star Wars script, the fourth draft from writer/director George Lucas.

(Check out that sweet “The Star Wars” sticker at the bottom!)

You may be excited because you think, “It’s not every day you get a look at the original foundation for what would become Star Wars: A New Hope.” However, you’d be wrong. Mayhew continued to write that from this moment on, he’s going to post a few more pages of the script leading up to a big announcement.

A big announcement? What could it be? Is Mayhew retiring from the role? At 71, he’s not in the vest shape, and in The Force Awakens, fellow seven-footer Joonas Suotamo had to serve as a body double. Maybe when Mayhew wraps up his twitter-post-palooza, he’s going to auction off the script? If so, start saving now, because if that’s the case it’s going to cost a pretty penny. Whatever Mayhew has planned can wait, because these four pages alone are full of fun little tidbits.

First is “Journal of Whills” seen on the cover and first page. According to Wookieepedia, the original intention for the Star Wars franchise was that it would be connected through journal entries. Clearly, the “Journal of Whills” name was scrapped and Star Wars became the franchise, released to the world in 1977 under the familiar moniker, Star Wars Episode IV: A New Hope.

Also, “The Adventures of Luke Starkiller”!!! It makes sense that Luke’s original surname appears, since he didn’t become Skywalker until production had already begun. I just wonder which Lucas draft had him as “Anakin,” his original name before George settled on Luke (and later handed it over to his dad). It’s also fun to know that Star Wars was “Saga I,” and that the prequels weren’t dreamed about for an origin story.

My favorite part of the script is the opening crawl (below). It showed a rough draft version, before Brian De Palma got his hands on it. There’s no mention of Princess Leia and only alludes to the Death Star (instead of unveiling the name openly). The opening crawl is such an iconic moment in all Star Wars films; I feel like we’re seeing Version 1.0 with this script.

From there, the story takes off in familiar fashion, with R2-D2 and C-3PO struggling to stay alive on a rebel ship as it’s being captured by The Empire. However, that’s when things take a strange twist. Instead of our encounter with Darth Vader and Princess Leia, we head to Tattooine… where we meet Luke Starkiller.

Moisture farm boy? Check. Desert planet with two suns?? Check. Shaggy hair and baggy tunic? Check. Clearly by draft four, Lucas knew where he was going with the character. Our quick glimpse into Star Wars’ origin story ends with Luke staring out into the desert after something catches his eye.

Need more… then make sure you follow Peter Mayhew’s twitter page for daily updates. The first two pages of the script will be below.

What Mayhew is doing is awesome. We rarely get a look into the evolution of the Star Wars franchise. Lucasfilm still has yet to release original edits of the original trilogy despite fans clamoring for it, so let’s hope that the release of this script gains traction, and lets the people in charge know that Star Wars fans want original, untainted material. Until that happens, we get to follow the original Star Wars story day-by-day… thanks to Chewbacca. 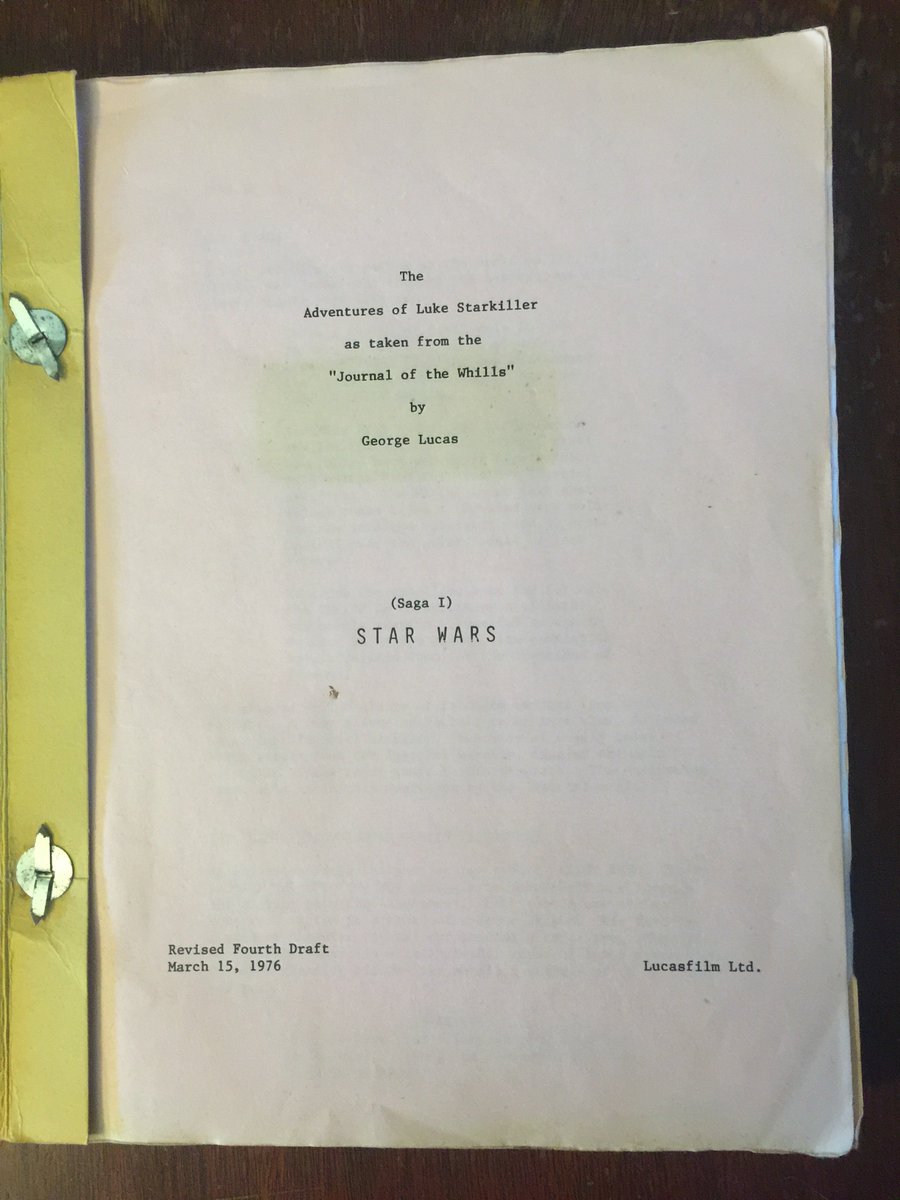 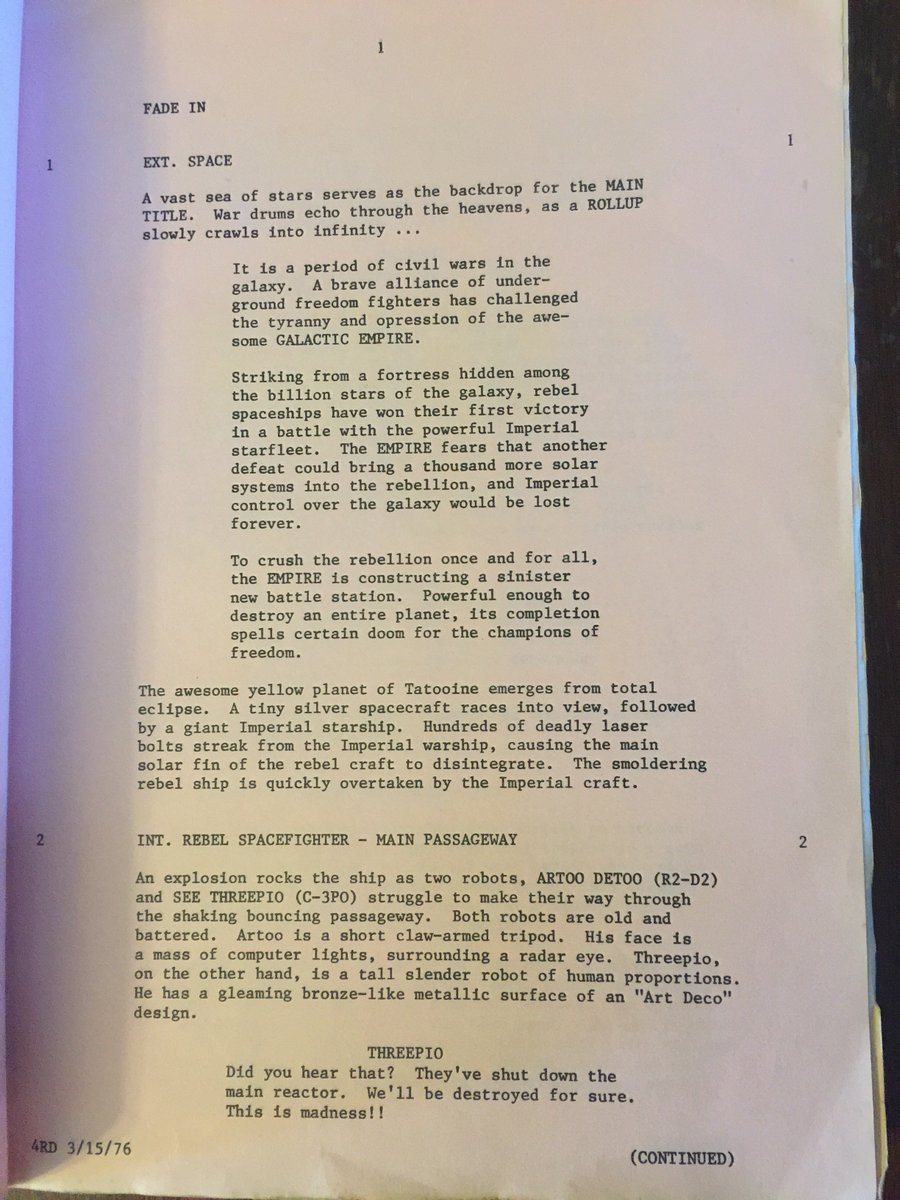 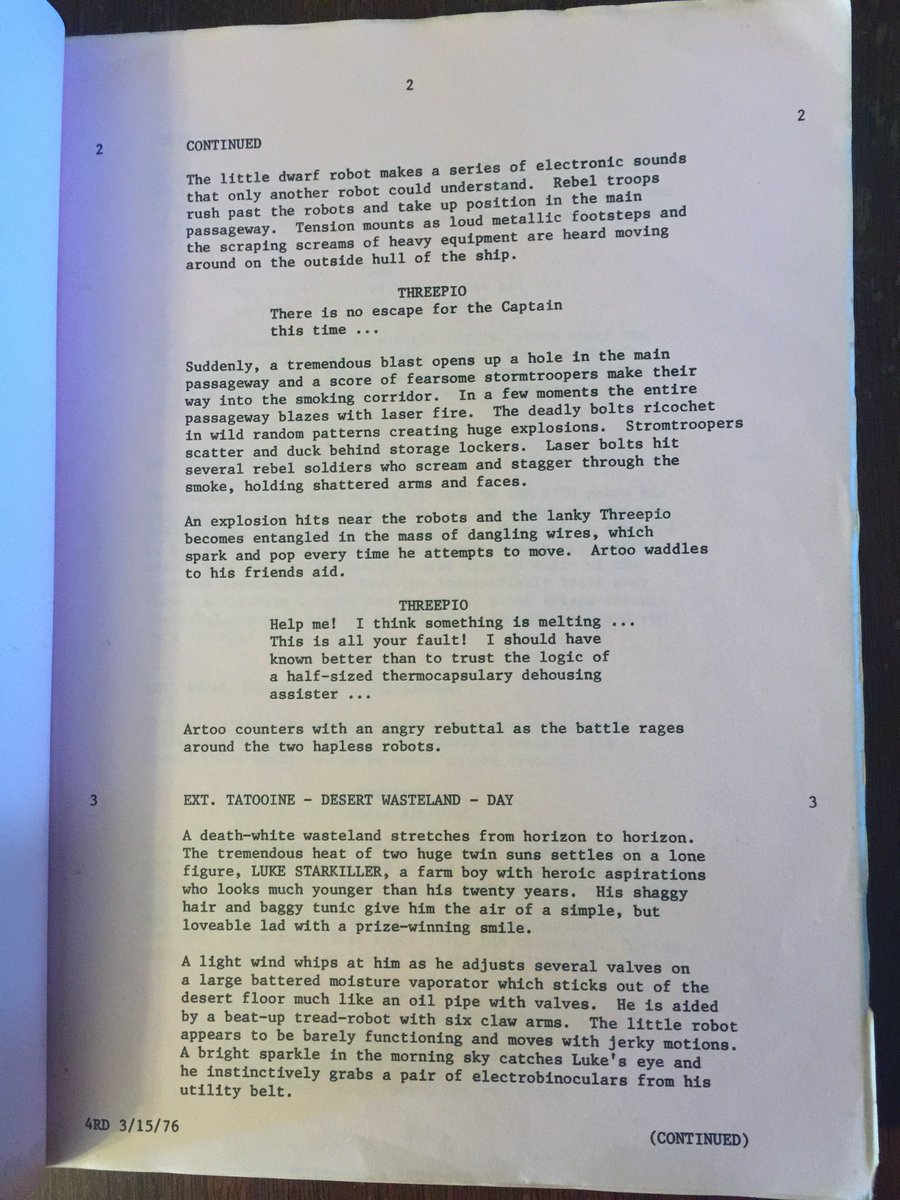