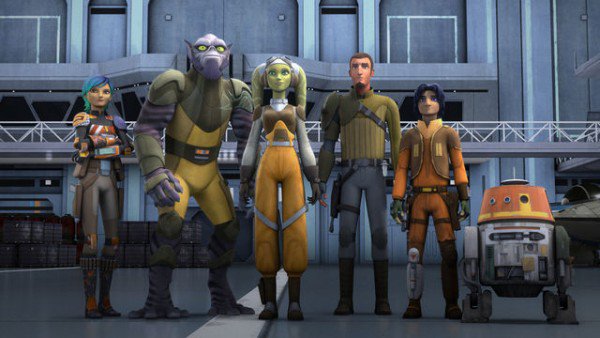 Check out Our Review [WITH SPOILERS] of Star Wars Rebels Episode 13: “Homecoming.”

It was a Clone Wars reunion last night on Star Wars Rebels as a Twi’lek invasion took over the episode. “Homecoming” could have been a heartwarming story about a woman reconnecting with her father, but it delved into the moral struggle our heroes faced when working with the very people they are trying to liberate.

The members of the crew faced a grueling task this week: steal an Imperial Carrier hovering over the planet Ryloth. For this mission, they needed help from Freedom Fighters on the planet. Enter Gobi, Numa and their leader, the legendary Cham Syndulla.

For Star Wars fans, the name Cham Syndulla should be quite familiar; he was the leader of the Twi’lek “Free Ryloth” movement in a multi-arc storyline from The Clone Wars animated series. He was also involved in an assassination attempt on Emperor Palpatine in the novel Lords of the Sith. To top things off… he is the father of The Ghost’s pilot Hera.

Star Wars Rebels has done a masterful job at tying in its animated predecessor, The Clone Wars. From the unveiling of Ashoka Tano at the end of season 1, to bringing back Captain Rex and the other Clone Troopers in the first half of this season, the minds behind Star Wars Rebels continue to build on nostalgia while having their characters pave their own way. That includes the return of the female Twi’lek Numa; she was the orphan from The Clone Wars episode, “Innocents of Ryloth.” She now makes her adult return to the Star Wars universe, joining her Twi’lek brethren in their battle against the Empire. 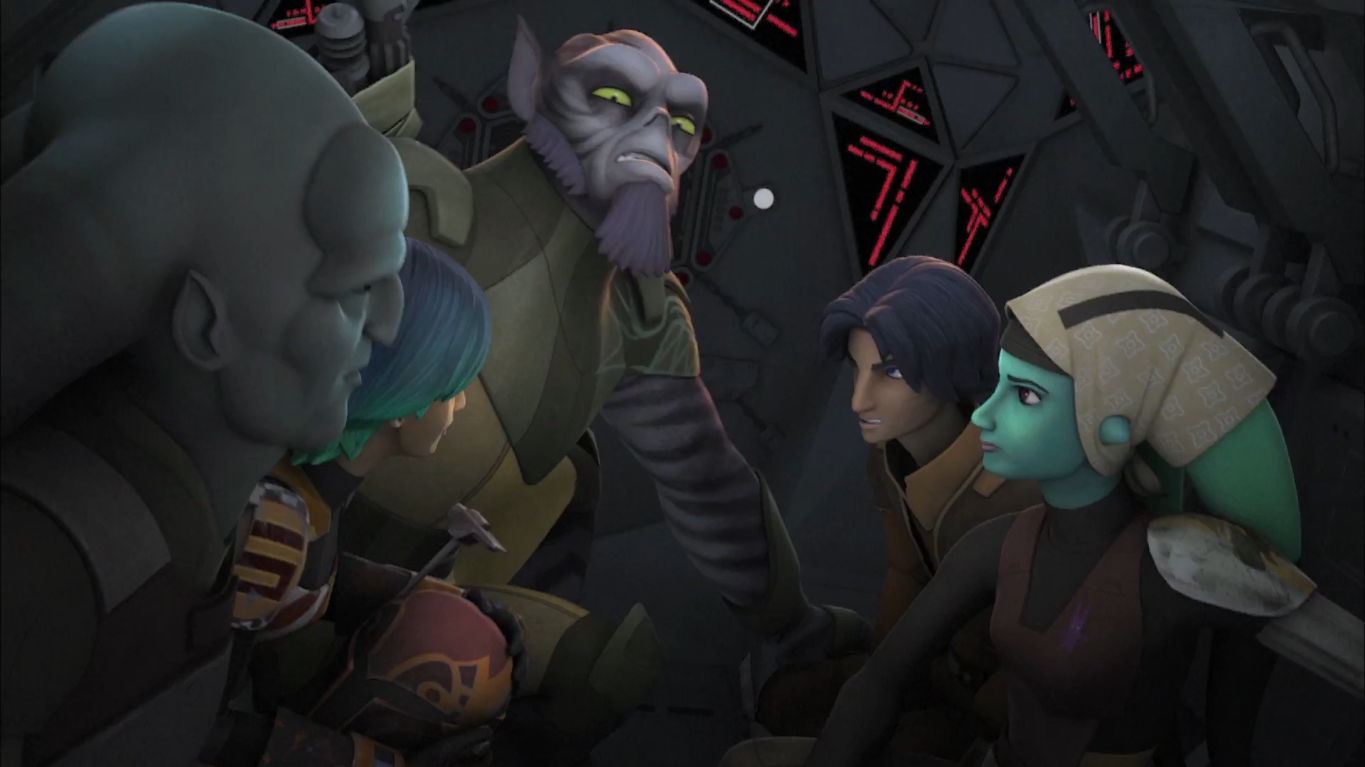 Which leads us to last night’s episode. With The Ghost crew having their minds set on capturing the Imperial Carrier, their supposed Twi’lek companions had something different in mind: destroy the carrier to send a message of rebellion to those on Ryloth below. That leads to Hera leading the charge not only against the Empire… but against her father as well.

It all started when Hera, Kanan and Ezra were in a footrace to beat Cham into the Carrier’s bridge. Once inside, they commandeered the vessel. The mission turned into a Jedi training session for young Ezra, who with prompting from Kanan, mastered his Jedi mind trick to force the Imperial Officer to order an evacuation. It appears we are getting a full “Jedi’d” version of Ezra sooner than later.

When it’s learned that Cham Syndulla deactivated the hyperdrive, delaying an eventual escape, it’s up to Hera to convince her father to now destroy the Imperial Carrier. The mission of the Rebel Alliance becomes clear: the needs of the many outweigh the needs of the few. While blowing up the ship may send a message to Ryloth, its potential use as a transport for the Rebellion is much greater. Cham obviously sees the bigger picture and assists his daughter and her partners in escaping from an Imperial Star Destroyer.

As we move on from “Homecoming,” it’s possible we may see the continuing adventures of Cham Syndulla and his Twi’lek compatriots in future episodes. Like Captain Rex, he seems to understand where the Rebel Alliance is going, despite fighting with the Empire during The Clone Wars. It would be great to see his character continue to be developed in future episodes of Star Wars Rebels.

“Homecoming” was another great episode that delved deeper into the background of one of the main characters. With previous episodes focusing on Zeb and Sabine, it was nice for Hera to get her own moment in the sun. We also got some info on the droid Chopper, learning that Hera cobbled him together during the Clone Wars (maybe a Chopper background episode will be coming in the near future?).

We also got to see the continuing relationship budding between Hera and Kanan, like when the masterful Jedi Kanan Jarrus was nervous meeting Cham, much like a scared teenager before Prom. He even shared war stories like a man trying to impress his father-in-law, bringing up ol’ Mace Windu in the process. Official canon tie-in, A New Dawn, set the framework for a Kanan-Hera relationship. It appears Star Wars Rebels will continue that.

Star Wars Rebels has found its footing. With only five episodes remaining this season, let’s hope they keep building on the momentum they’ve delivered so far. 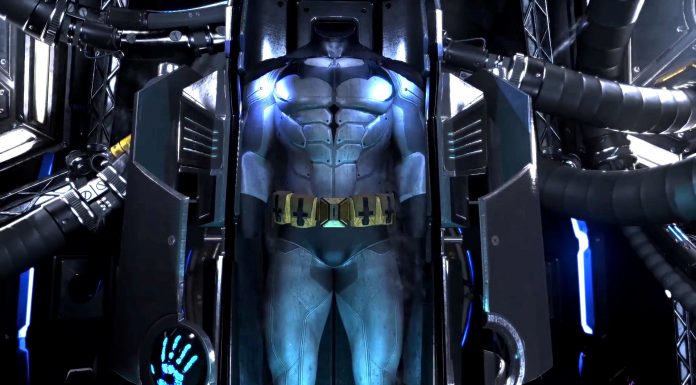 Our First Look at Admiral Ackbar