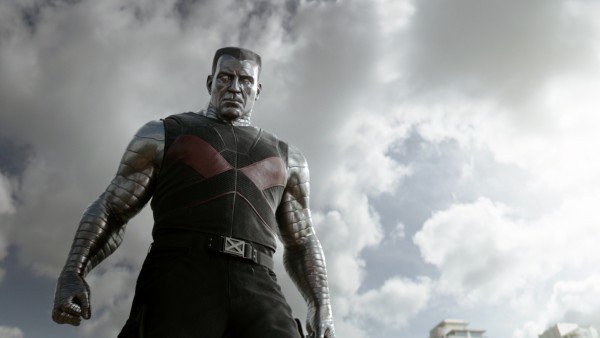 So you are super excited for the upcoming Deadpool movie, right? Yeah, who isn’t! Well, here’s something a bit extra to stoke the proverbial Merc with a Mouth’s fire with this awesome excerpt from an interview with Andrew Tricteux, the person who is playing the famous X-Man Colossus! For the full interview, hit the link below!

How would you describe the Colossus we’re going to see in Deadpool?

Did you read the comics featuring Colossus before you signed on to play him? How familiar were you with the character?

“Yeah, I think you’re going to get to see more of who Colossus is. Like I said, we kept him really traditional to the comic book. So yes, I think people will get a better sense of who he is. But I think there’s still a lot more to be told about him. Colossus has been around in the comics since the ’70s, so I mean, I think you could do your own movie on him. Yeah, you’re going to get to see a little bit more of who he is and kind of his outlook on the world.”

“It was fantastic. Ryan’s just an unbelievable talent, and he’s just a genuine guy, and he’s really, really gracious and helpful with his fellow actors. You know, he’s just a smart, talented, like crazy-talented guy. It was really something to see him in this movie. He knocked this one out of the park. This is going to be a home run for him. You know, it was a very technically challenging movie to shoot. Plus, he was in the suit all day, so it was physically demanding. People are just going to be thrilled with this. He really epitomizes this Deadpool character, and I think people are just going to love it.”

What is it like for you to be a part of a big, highly anticipated project like this that is kept so under wraps?

“It’s great. It’s exciting. I was thrilled to have the opportunity to do this role. I’m just really thankful for the opportunity. I’m a fan, just like everybody else is, of these stories. It was a fantastic experience filming the movie. I love how they’ve been marketing it. I just really look forward to it being released and seeing the final product.”