Home MOVIES Editorials Could Miles Morales Turn up in the MCU? 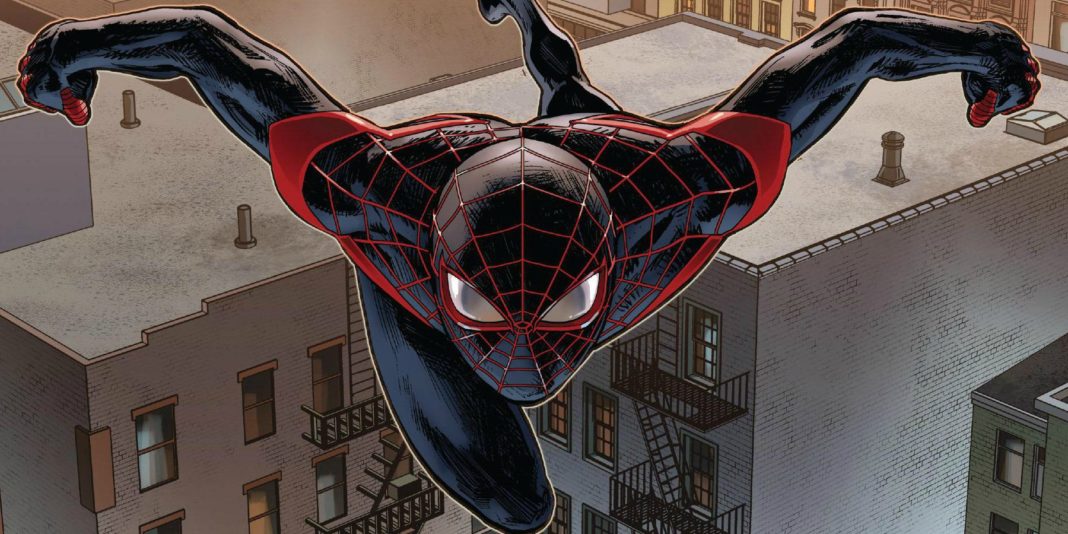 Just a heads up… there could be some tidbits included that could be seen as minor spoilers for Spider-Man: Homecoming. So, if you want to avoid any potential leaks… please turn back now!

There seems to be a real back-and-forth regarding who’s in and who’s out when discussing The Spider-Man Universe’s role in the Marvel Cinematic Universe. We know Peter Parker, Aunt May, and Adrian Toomes are good to go. Amy Pascal said Venom, Silver Sable and Black Cat were as well, but that has since been redacted. It’s getting hard to keep track of who will be part of The MCU and who is being left on the sidelines.

That custody battle seems to have cast a long shadow over Sony’s Spider-verse. There’s still an immense catalog of characters fans would love to see alongside the rest of The Avengers. However, with legal issues and character rights in a constant state of flux, it’s hard to even dream about what characters from the world of Spider-Man could sneak into the realm of Iron Man, Captain America, and the rest of the gang.

He has become one of the most popular new characters added to Marvel Comics over the past decade. Just another kid from Brooklyn — bitten by a radioactive Oscorp spider (don’t you hate it when that happens — who gets all the powers Peter Parker received.

The character of Miles Morales has been so popular that the first Sony Spider-Man Universe solo project is an animated Spider-Man movie with Morales (voiced by Shameik Moore) as the lead. While it’s great we’re getting Morales on the big screen — even if it’s in animated form — the following big question always remains: could we possibly get Miles Morales in The MCU?

Well, leave it to Marvel Studios President Kevin Feige to drop another major bomb during the press junket for Spider-Man: Homecoming. During a discussion with Screencrush, Feige was asked about the plethora of Easter Eggs hidden throughout the movie. One of those special scenes just happened to be a quick mention about a secondary web crawler lingering about in the MCU.

“All of those little things are just Easter eggs for fans until they’re something more than that. But anything that’s happened in the books is potential material for us. In the meantime, I think Miles is a big part of the animated movie that Sony’s making. But where we go … we definitely want you to go, “He’s there. He’s there somewhere.”

So, here’s how a Miles Morales appearance is possible:

Remember how Morales was bitten by that radioactive spider? Well, that happened because his Uncle, Aaron Davis (also known as The Prowler), broke into Osborn Industries to do some thieving. During his rummaging, one of those special arachnids snuck into his bag. During a visit from his nephew, Miles was bitten leading to his destiny as the next Spider-Man.

How does this all connect to The Marvel Cinematic Universe? Well, during a press release this week, it was revealed that Donald Glover would be playing Aaron Davis in Homecoming. Also, there is apparently a scene within the movie where he mentions his nephew in a casual conversation. It’s a lot of dots to connect, but for all intents and purposes, it seems Miles Morales is living somewhere within The MCU.

While it’s unlikely Miles Morales will cameo in Homecoming, the door is clearly open for any future involvement. Don’t forget, Marvel is known for putting in little Easter Eggs like this and having a major pay-off in the end. Plus, as Feige confirmed, they’re already working on the follow-up to Homecoming which will kick off a possible Phase 4.

“We have a lot of ideas for Homecoming 2, or whatever we call it. And, again, it’s exciting because what are all the things that we get to do with Spider-Man that have never been done before? The way Civil War defines Peter’s frame of mind at the beginning of Homecoming, the stuff that’s about to happen in the two Avengers movies will completely redefine everything for him in that next movie, Homecoming 2, which is also the first MCU film post-Untitled Avengers, which will be the conclusion of a 22-movie saga.”

Remember that scene in Iron Man 2, when a little kid stuck his hand out to take down one of Whiplash’s drones? People joked that the little boy was, in fact, Peter Parker (knowing his rights were owned by Sony and he couldn’t actually appear). Well, there’s no more laughing since Tom Holland confirmed the fan theory to The Huffington Post.

“I can confirm that, that is Peter Parker. I can confirm that as of today. I literally had a conversation with Kevin Feige only 20 minutes ago. Maybe I’ve just done a big, old spoiler, but it’s out there now. It’s cool. I like the idea that Peter Parker has been in the universe since the beginning.”

So, if Peter Parker could be retconned into a Marvel movie from 2010 — only to have the payoff come six years later — then why can’t a Miles Morales reference be tucked away in Homecoming, only to have the reveal come along down the line? Anything is possible as long as Sony and Marvel Studios keep working together. While Venom, Black Cat and Silver Sable may still be a long shot to ever turn up in The MCU, Miles Morales’ involvement could be on the horizon.

Because what’s better than one wall crawler in The Marvel Cinematic Universe? Two, of course!