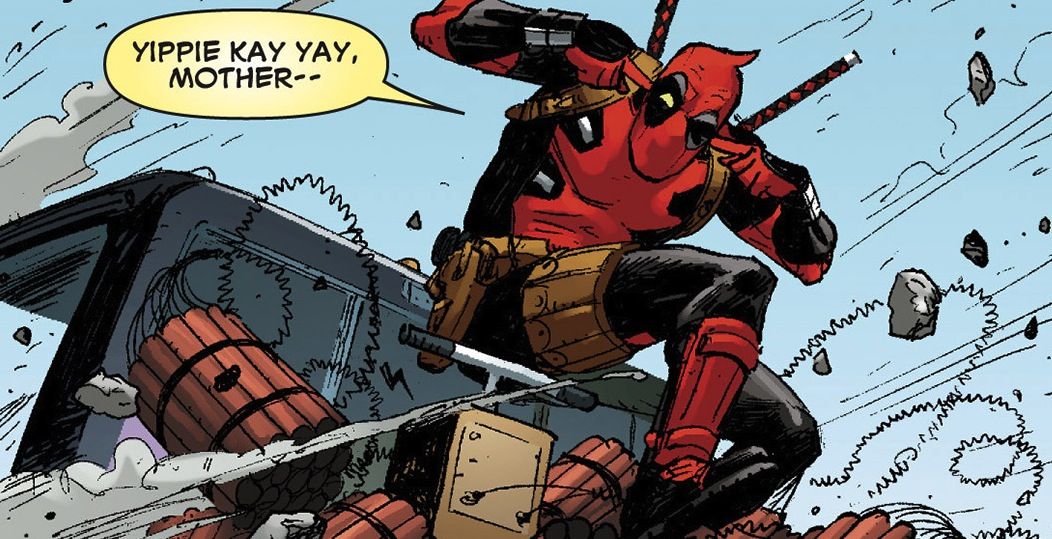 YES! Finally and officially, Deadpool recently received its well-deserved R rating! YES! I know, a superhero film with an R-rating is a little rare, especially since going the more adult route reduces the film-going demographic, but….C’mon it’s f**king Deadpool!! I mean, he curses up a f**king storm, even when telling bedtime stories to Panda Bears sucking on pacifiers while cuddling with stuffed Narwhals. Yup.

Oh, and then there’s the violence. Yes, he’s been done wrong, but good grief! Has he ever heard about subduing or rendering his foes unconscious?? I would say he’s aware of these options but chooses to ignore them every time he decapitates a ne’er-do-well with a viciously applied spin-kick!

And then there’s the constant quipping employing the aforementioned cursing on top of the aforementioned graphic violence. So, he’s attacking his attackers with references to their manure-covered mothers while slicing them in quarters and collecting their eyes in a container he dubbed, ‘The All-Seeing Cookie Jar.’ Okay, that’s not in the film, but it’s certainly something Deadpool would do/collect/carry on his person.

So, yes, the forthcoming Deadpool film earned itself a healthy R-rating. What were the specific characteristics that earned the glorious ‘R’? Well, according to the Motion Picture Association of America, it was for the following (understandable) reasons:

“Strong language and violence throughout, sexual content and graphic nudity.”

YES! Bring on the gore!

Suicide Squad Receives Its Official Rating. Was It ‘Rated-A’ for AWESOME?”