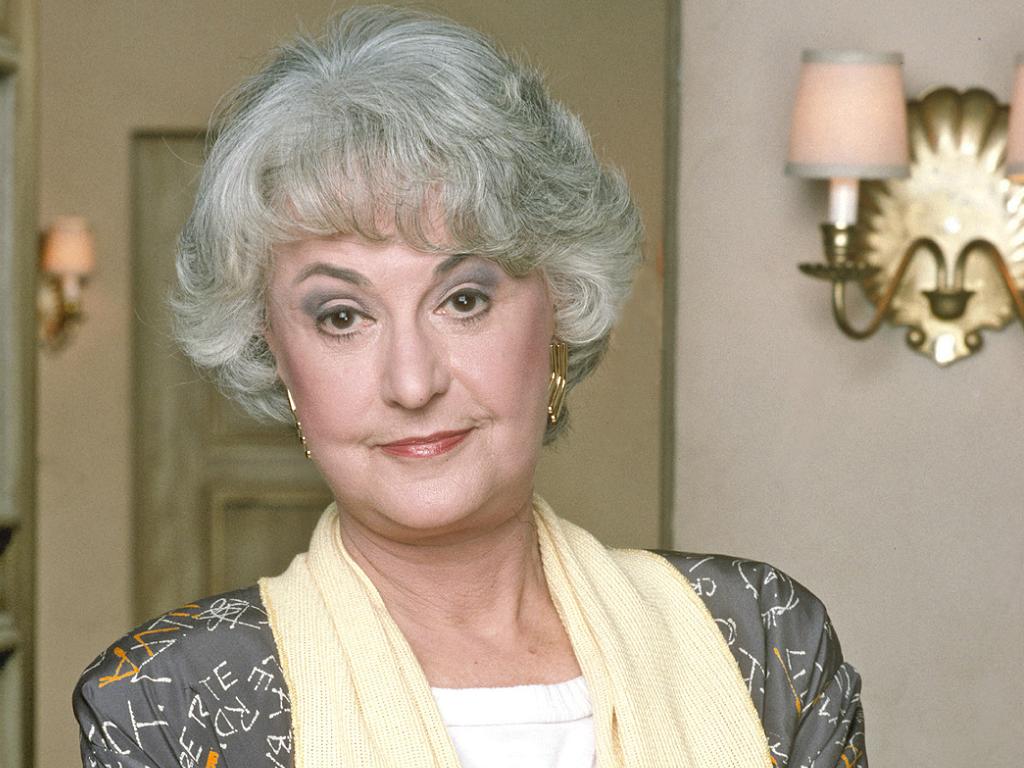 Deadpool was one of the best cinematic surprises in years. An R-rated, action-packed comedic romp that didn’t just exceed expectations, it blew them out of the damn stratosphere. Now, fans will sit in anticipation until a sequel is eventually released, but until then, there are still plenty of surprises to find in Wade Wilson’s first solo outing. One such surprise was the homage to one Bea Arthur, legendary actress and apple of Deadpool’s often incinerated eye.

Deadpool‘s DVD is chock-full of interesting bonus features including deleted scenes, all those fun Deadpool commercials and, of course, film commentary. Now, many fans aren’t going to sit through a whole movie while people talk over it, but thankfully Empire Magazine did the work for you and discovered something amazing.

In the film’s opening scene, we see Wade Wilson scare a pizza boy straight. His attire – a suave jacket covering a tank top – features the image of Golden Girl Bea Arthur. To get permission for her likeness, production had to spend a ludicrous amount of money to Arthur’s estate.

“As a producer, I had to approve that $10,000,” according to star Ryan Reynolds. “Potentially cinema’s most expensive Easter Egg ever.”

That’s right. 10-G’s just for a quick flash of Bea Arthur’s face. Considering Fox trimmed Deadpool’s budget right before production, that money probably could have been put to better use. Still, Reynolds was confident the money was well spent.

“You can’t have a Deadpool movie without Bea Arthur.”

It’s hard to fathom why Reynolds would fight to get an image of Bea Arthur in Deadpool. Sure, he squeezed a bunch of Easter Eggs into the movie (pineapple and black olive pizza anyone?), but how does Arthur fit in at all? Well, it’s all thanks to Deadpool (comic version, not the film) writer and creator Fabian Nicieza.

“When I started writing the monthly Cable & Deadpool series in 2004, it had been the first time I’d written Deadpool in 10 years, so I wanted to recapture his voice immediately, as well as his loneliness,” Nicieza told The Hollywood Reporter earlier this year. “So the opening of Cable & Deadpool No. 1 is Wade sitting alone in his apartment watching TV for multiple days straight. During one panel, the TV is talking about naming ‘The World’s Sexiest Woman’ and he shouts out, ‘Bea Arthur!’ It turns out to be Halle Berry and that upset Wade to no end.”

From there, the seeds of Bea Arthur were firmly planted as an unlikely celebrity crush for Wilson. Nicieza even mentioned that Wade saw the beauty in the older Arthur in part because of his relationship with his elder roommate, Blind Al. Deadpool is known for his quirky habits, and his obsession with Bea Arthur might just top that list.

There are other fun tidbits sprinkled throughout the DVD commentary that are worth checking out, but nothing will top the Bea Arthur bombshell. Her memory lives on thanks to Reynolds making sure the Deadpool movie was as true to the comic as possible. I guess she can, “thank him for being a friend“. (I’m so sorry… but I had to!)