Team Arrow status check: disbanded. Yes, (Green) Arrow, aka Oliver Queen, is pretty much on his own again, striking fear into the hearts of criminals – super or otherwise – foolish enough to overcook scrambled eggs within the always endangered Starling City. Or maybe he’s too busy “mayoring” or something. Regardless, he’s doing his own thing until he catches word of a new vigilante in town, a reckless individual whose heart is in the right place, but could benefit from guidance, training, and a little understanding. In Arrow Season 5, the hockey mask-wearing, DC vigilante Wild Dog joins CW’s Arrow, and Oliver gets some much needed help, or another source of unrelenting drama.

Who’s playing this relatively obscure DC character? Why, that would be Mr. Robot actor, Rick Gonzalez.

Wait, who’s Wild Dog? Well, as previously mentioned, he’s a hockey mask-wearing vigilante. What, not enough information? Fine, you asked for it:

Wild Dog debuted in his very own, eponymous DC Comics mini-series back in 1987. Before horrific events enabled the Wild Dog persona, Jack Wheeler was an injured, college football star who decided to join the Marines. His active service was cut short after his squad was killed by a terrorist’s incendiary device. Returning home and re-investing himself in his education, Wheeler’s girlfriend was murdered by hitmen. You see, her father was a crime boss based out of Chicago and, well, you know how that goes.

After the aforementioned horrific event, Jack armed himself with a Jatimatic GG-95 PDW submachine gun and a pair of electrified “shock-gloves” in order to dispense effective, final, irreversible justice.

Ready for Wild Dog and (Green) Arrow to butt ideological heads but eventually break bread in Arrow Season 5? Let me know BELOW! 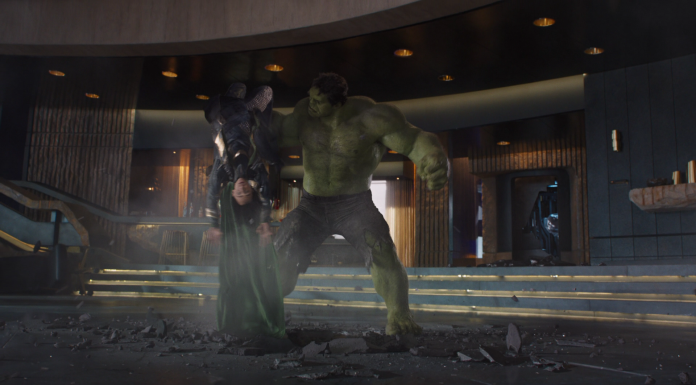 Countdown to Deadpool Trailer with the Merc Himself!