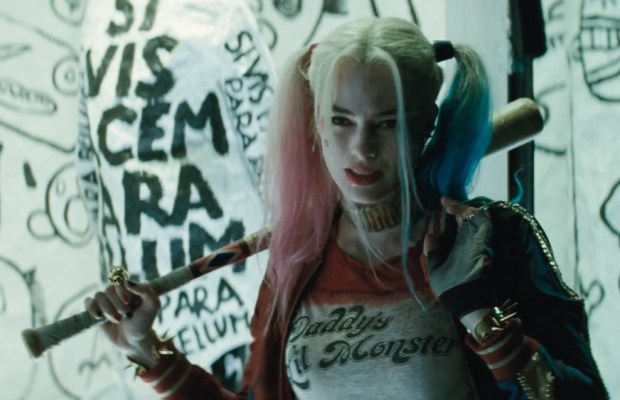 Wait, I thought the first rule of Fight Club was we weren’t allowed to talk about Fight Club? Yeah? I’m pretty sure that was the first couple of rules come to think of it. Any-who, Suicide Squad director David Ayer recently spoke to one of the branches of Yahoo Movies and covered a great deal of topics regarding the upcoming flick Suicide Squad. Speaking of his methodology as well as the tremendous amount of work Jared Leto is putting in, the Suicide Squad director clearly shows his enthusiasm for the villain-centric DC team.

“The rehearsal was very intense,” the Suicide Squad director said. “It wasn’t a normal rehearsal, we’d talk about their lives, their history, and really got them to open up as people to each other. I also had them fight. I had them fight each other. You learn a lot about who a person really is when you punch them in the face. It gets rid of a lot of the actor stuff.” See what I meant about the Fight Club bit? Makes me wonder how many other directors might have employed such a tactic to their cast. I wouldn’t really expect anything different as a team building activity for the Suicide Squad.

Margot Robbie, who plays Harley Quinn, then spoke about what it was like to work with the method-obsessed Jared Leto, who plays the Joker. “It’s really interesting,” Margot stated. “Sometimes it can be awkward, sometimes it can be terrifying, most of the time it’s just funny. I’m trying not to laugh, because he says such hilarious things. Jared’s really funny, and terrifying, and just nuts. Absolutely nuts. It’s really interesting to work with someone so method, because I haven’t worked with someone doing that before.”

Of course, Jared Leto’s Joker has been getting a ton of attention. DC Comics’ Clown Prince of Crime isn’t a character many people take lightly and his fans can be quite fanatical. The Suicide Squad director David Ayer knows this and feels confident that this new version will blow our collective minds. “A lot of it has to do with creating a character with some kind of history and footprint in our world,” Ayer added. “And not have this sacrosanct being outside of our continuum, our reality. If a guy like him really existed today, where would he come from? How would he do business? Who would he know? What would he look like? In my mind, I took a lot of inspiration from drug lords on Instagram. It’s a great way to understand the lifestyle of a villain.”

He then specifically mentioned those controversial tattoos. “The tattoos tell a very specific story and eventually people will decipher them and understand what’s going on, but obviously they’re contentious, any time you do something new it’s contentious. There’s very specific stories and easter eggs in those tattoos. And even his teeth, there’s an entire story behind that which is absolutely canon. It’s putting his history on his body. This Joker is a little more working class, who I believe could live in our world.” I don’t know about you guys, but we can’t wait to see the Suicide Squad film!