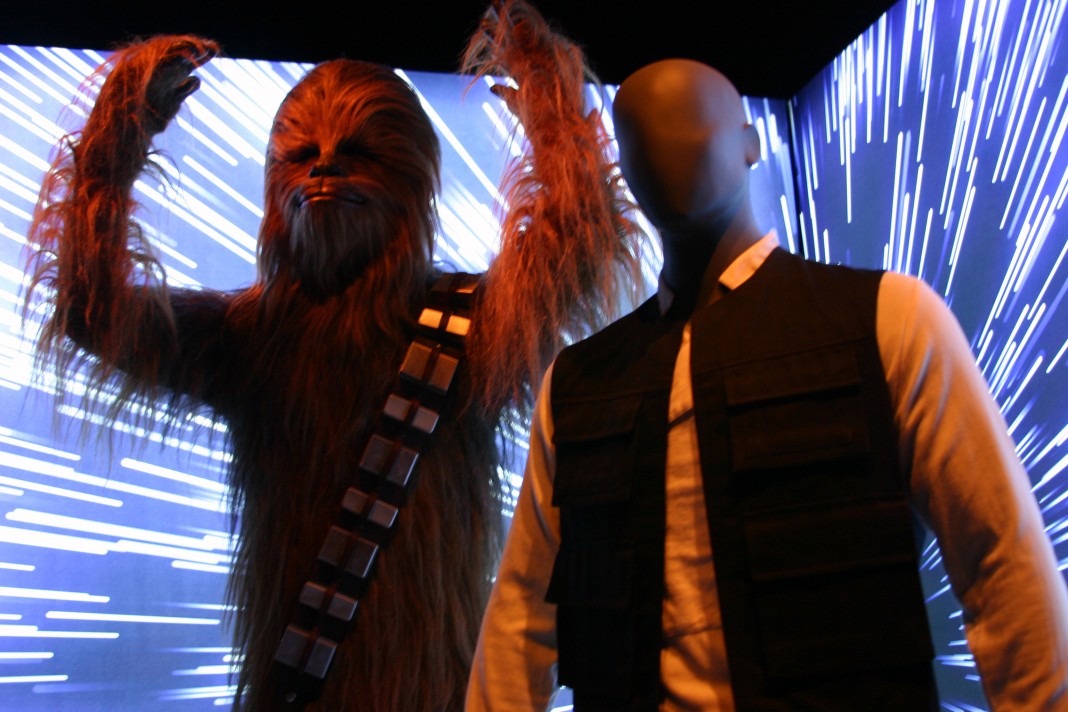 Well, the Force is what gives a Jedi his power. It’s an energy field created by all living things. It surrounds us and penetrates us; it binds the galaxy together…and it also happens to look pretty good in person! Actually, nix that. It looks awesome in person. We’ve all seen Star Wars a hundred times over, but to actually view costumes, props, and set items with your very own eyes at Discovery: Times Square is something to truly behold. I haven’t stopped trying to use the Force since I got back! 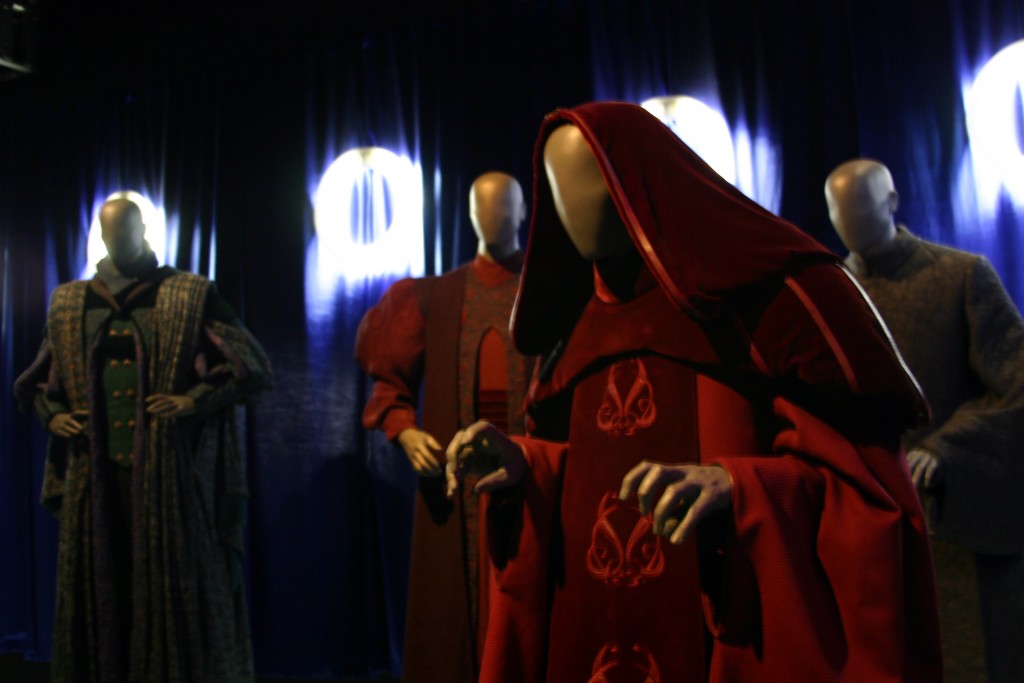 Nestled just a short hop, skip, and a jump from the epochal Times Square in New York City, the Star Wars and the Power of Costume Exhibition can be found in the Discovery: Times Square building located at 226 West 44th Street (Between 7th & 8th Avenues). The nature of the exhibit is spelled out in wonderful fan service the moment you enter; you are seated in a room on one side of a quintessential blast door where you watch a short video concluding with a holographic image of Princess Leia asking Obi-Wan for help. I guess that beats going down to Tosche’s Station for power convertors, doesn’t it? You would end up paying way too much for those in New York anyways. 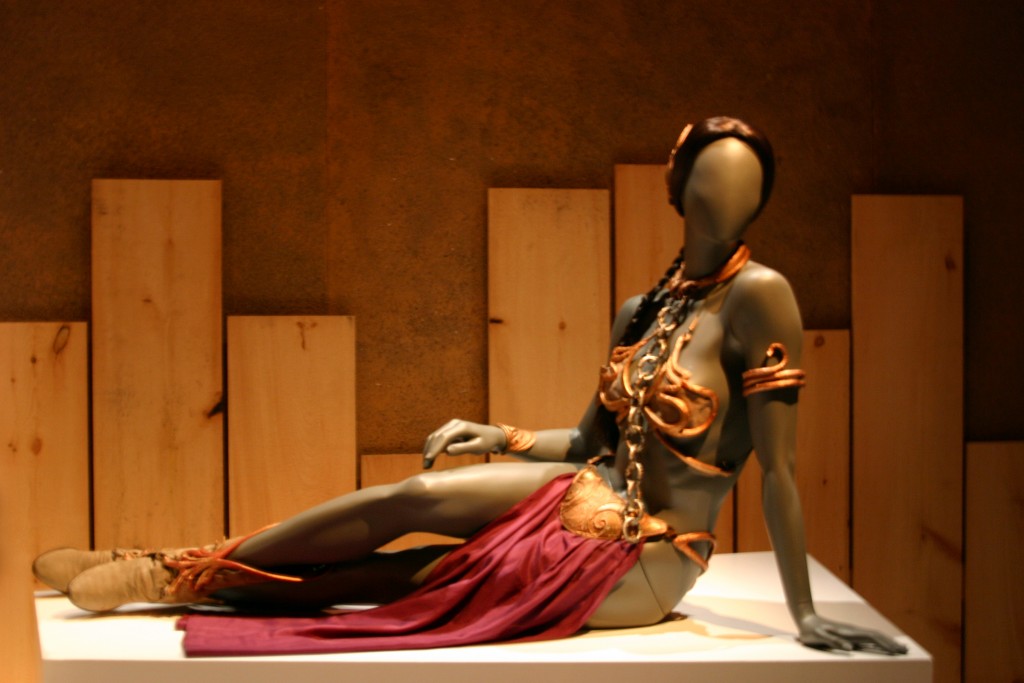 Brimming with information for both the newbie and hardcore Star Wars fan, the Star Wars and the Power of Costume exhibit lets you get closer to costumes than you ever thought possible. To be able to see the intricate distressing of Boba Fett’s worn armor, the ornate craftsmanship of Amidala’s royal dresses, or the always popular Slave Leia metal bikini only a foot or two in front of you is not for those lacking in the ways of the Force. I was going to write ‘midichlorian-count’ but some people are still not entirely okay with that decision. 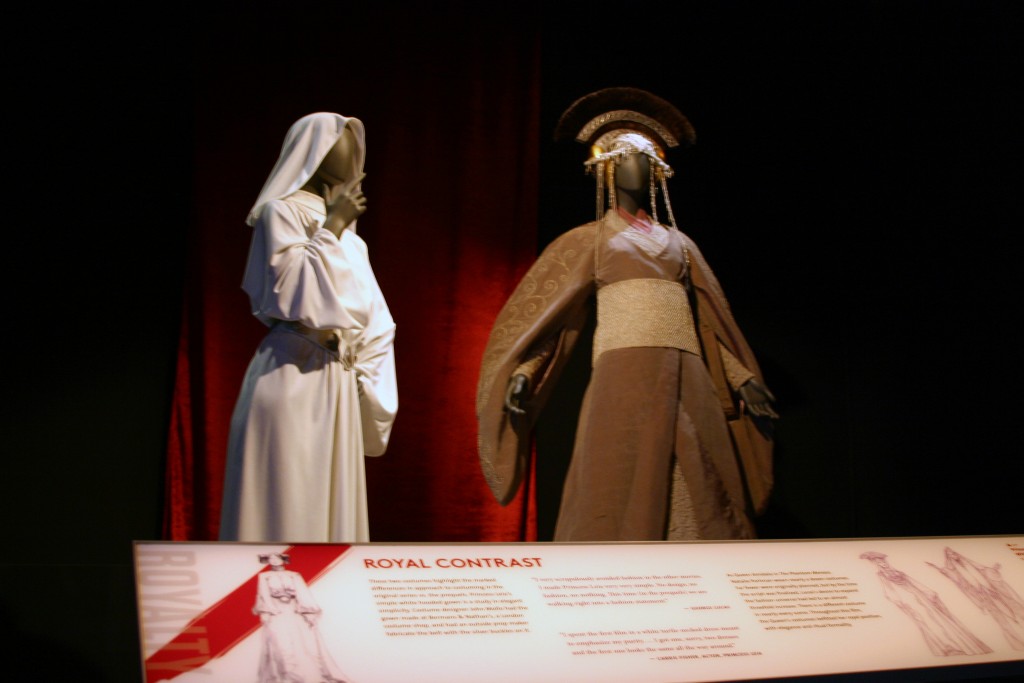 There is also something to be said for the props. Ever wanted to know what a collection of blasters, rifles, and Rebel equipment looked like in the flesh? Reinforced with oodles of mind-boggling factoids and interactive displays, the Star Wars and the Power of Costume exhibit never ceases to amaze. One even gets a chance to touch some of the material swatches used in the construction of the items. I never said to myself, ‘Hey, I wonder what the Emperor’s Robe feels like,” but given the chance I totally went for it. What true Star Wars fan wouldn’t? 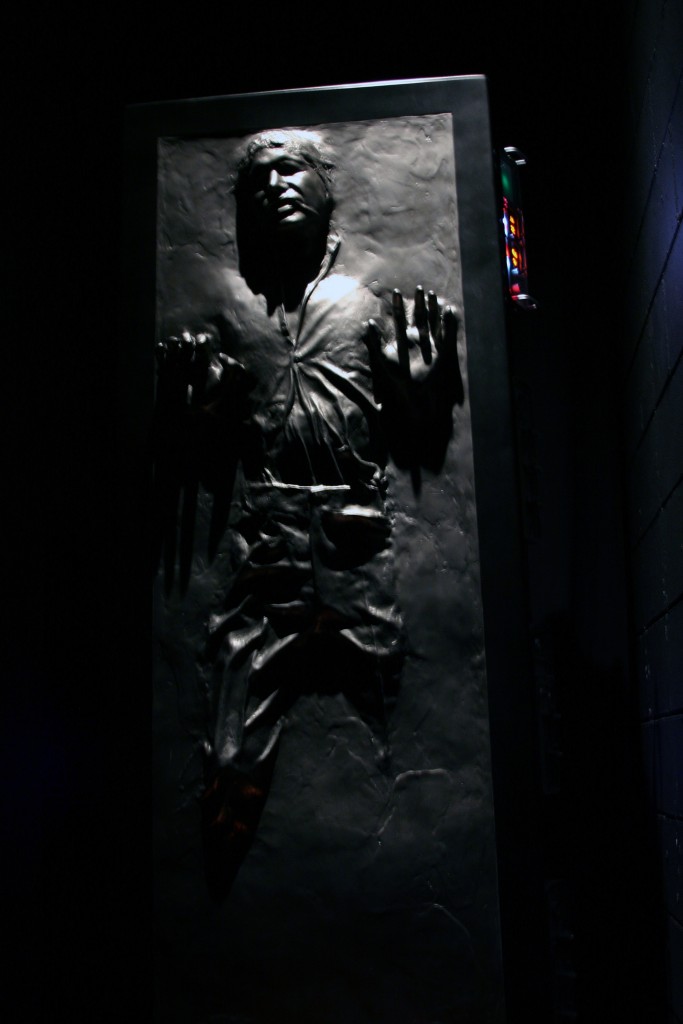 Chock full of great photo opportunities with friends and family, one can gaze upon a Han Solo trapped in Carbonite, dance around like a crazy person as one is rendered as a Stormtrooper, check up on the new costumes from Star Wars: The Force Awakens, or even hang out next to the original Yoda! You haven’t lived till you’ve been close enough to the former Grandmaster to see individual hair follicles. Just think of that sweet new profile picture! The Star Wars and the Power of Costume exhibit is a great stop and an absolute necessity on your next trip to New York City. Trust your instincts, Luke! Just don’t put down that blast shield on the way to Discovery. Traffic cops aren’t too keen on that sort of thing from what I understand. 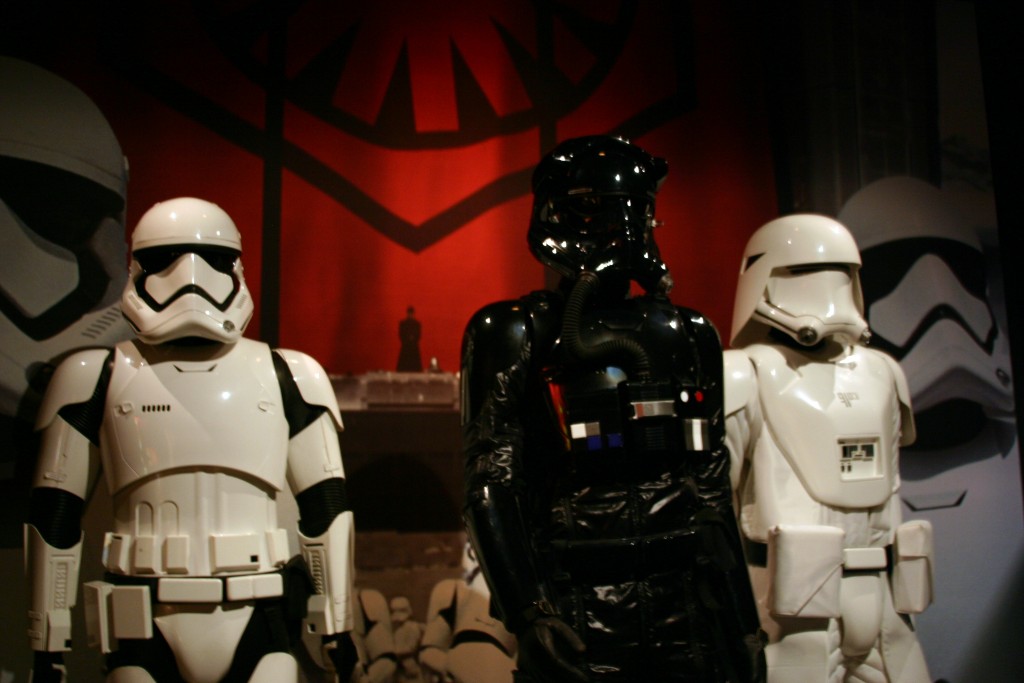 Interested? Fancy taking a trip to the exhibit yourself to see just what the heck I’m positively salivating over? Good, I’m glad to hear this. Why? Because The Source, in an exclusive agreement with Discovery: Time’s Square, is able to offer you $5 off your ticket to the Star Wars and the Power of Costume exhibit!! YAY! Click HERE to purchase your discounted ticket!