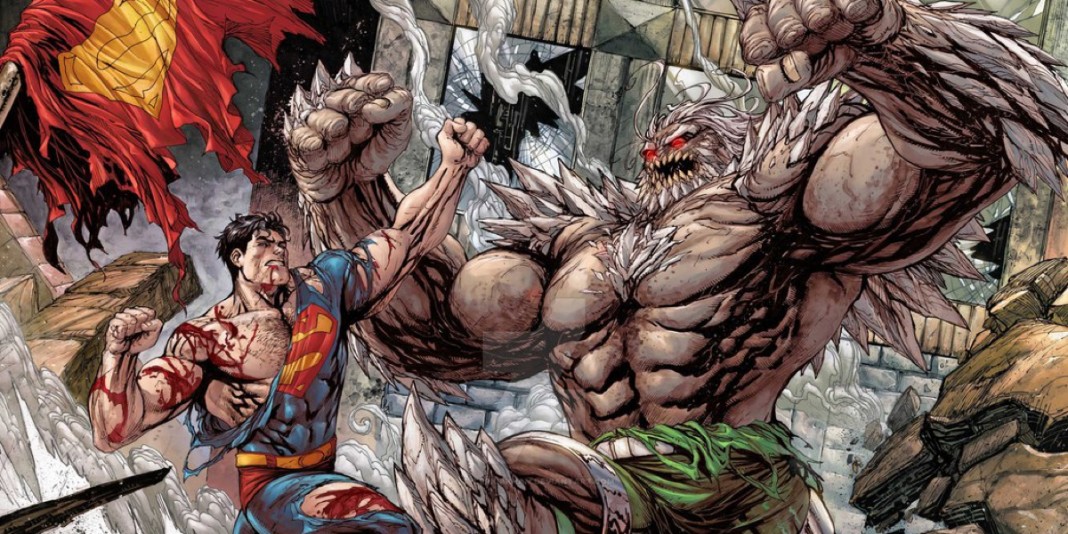 “The rage and anxiety of these two characters is manipulated by Lex Luthor (Jesse Eisenberg), a billionaire sociopath with a God complex of his own who takes joy in bringing the powerful to their knees. Luthor not only [slight spoiler alert] orchestrates a mass murder aimed at turning the two heavy hitters against each other but also uses some Kryptonian relics left behind from the Man of Steel aftermath to cook up a cosmic mutant Frankenstein— Doomsday, partially built from the remains of Michael Shannon’s General Zod.”

So there you have it; Doomsday was manufactured by combining the remains of Zod with some currently unknown “Kryptonian relics.” Kryptonite, anyone? Anyone??