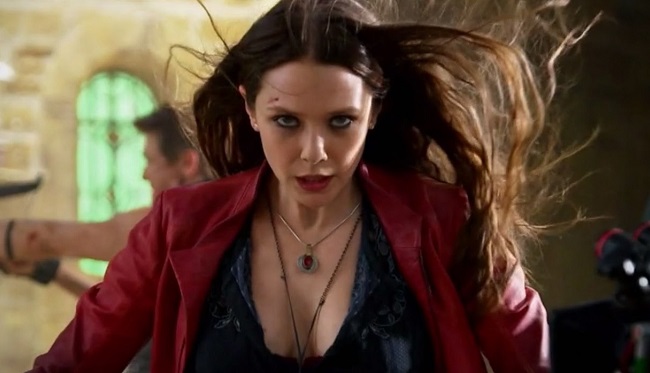 The interviewer then asked Elizabeth Olsen what it was like to work on her impressive repertoire of indie films, which is pretty much the exact opposite of a titanic movie like Civil War and Avengers. “It’s such a team atmosphere, and there is such adrenaline that goes to it. You never want to leave set. You always want to be there for the light change; you want to be there for the new camera set up. You don’t want a stand-in to stand in for you when they line up the shot. You’re like, ‘I’ll stand here. I can stand here. I’ve got two legs’. There is so much adrenaline and so much collaboration. There’s really just one goal. There’s an integrity of the director, integrity of the artist, integrity of the DP, and everyone’s communicating together, and there isn’t another hand that’s trying to, not impede, because sometimes another hand is helpful, but it’s just that — you are all in very nice communication with each other, and everything is hopefully transparent. It’s just a really creative environment.