Fox will be debuting some new footage from the forthcoming Batman v Superman film during tonight’s episode of Gotham. That’s right, you’ll actually have to sit through a little bit of Gotham before witnessing the trailer, so…I hope that’s something you can manage. Personally, I’ll be refreshing YouTube every 35 seconds after the 8pm mark until that glorious Batman v Superman footage magically appears. Yeah, sorry; I’m just not the biggest Gotham fan, and I’ll probably elaborate as to the reasons why in some future, moderately scathing editorial. For now, let’s just say Gotham and I aren’t getting along, and leave it at that.

How did Fox advertise tonight’s forthcoming footage? Why, by asking the cast of Gotham to choose a victor in the contest between the film’s titular characters (check out the video above). SPOILER: Most of the cast sided with Batman, but one brave soul, Drew Powell (aka, Butch Gilzean), saw the error in the logic of his cast-mates, exclaiming, “He’s got super-powers. X-Ray Vision? Hello?”
What’s especially interesting during this promotion is the few, darting moments of previously unforeseen footage interspersed between the comments of the interviewees; a few tempting tidbits to get us properly salivating closer to 8pm EST. 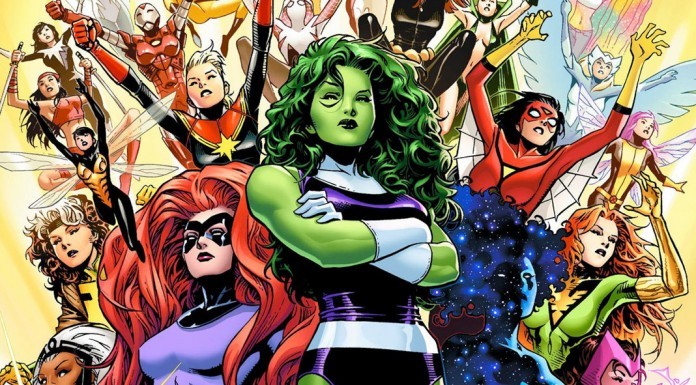 First Look at THE UNWORTHY THOR #1!

So I Guess She’s Back, According to New DEFENDERS Teaser Trailer. Uh-oh.