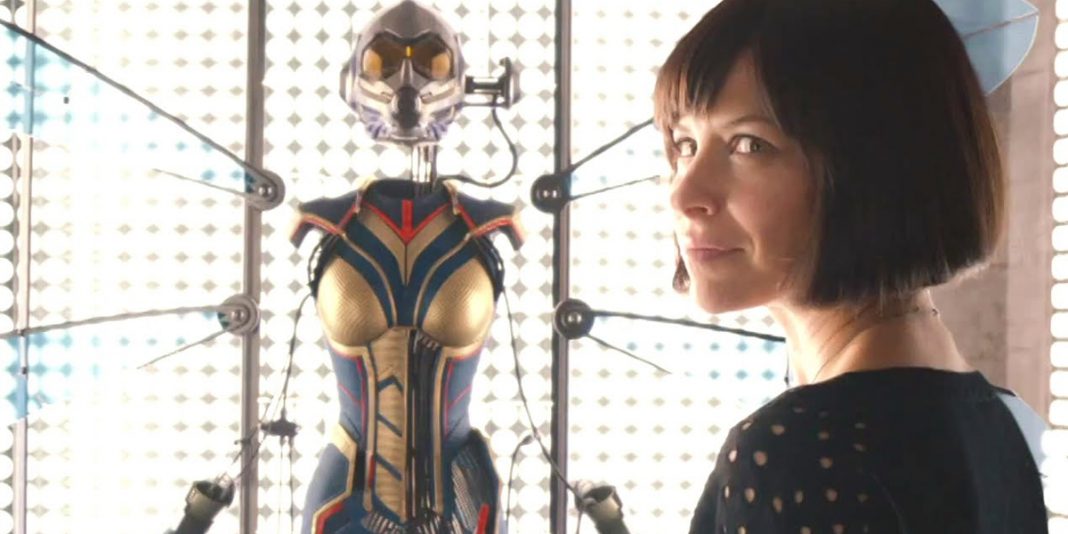 Our good friends at Blastr caught up with actress Evangeline Lilly (Ant-Man, The Hobbit, Lost) at New York Comic-Con and asked her about the forthcoming Ant-Man sequel tentatively titled Ant-Man and The Wasp; this second, cinematic chapter of the MCU’s Ant-Man will focus more heavily on Lilly’s character, Hope Van Dyne, as she accepts the mantle of The Wasp.

According to Lilly, the Ant-Man sequel is in the very early stages of development with the story still being crafted, but the basic premise is beginning to take shape, a premise that has her very excited because we’ll finally get to see “the origin of The Wasp.”

What’s especially interesting is Lilly sharing her character’s appearances in future Marvel films. According to the actress, Hope Van Dyne won’t be showing up to deflect Thanos’ advance in Avengers: Infinity War, but she will be buzzing around in the fourth, currently untitled Avengers film.

“I’m excited because it’s essentially going to be the origin of the Wasp. Of course, we’re going to see the Wasp for the first time take on the mantle, and put on the suit, and fly about, and do her thing. Following that one, there’s an Avengers series coming out, I believe it’s a two-parter, and the Wasp won’t be in the first part, she’ll be in the second part because they want to preserve that reveal for Ant-Man and the Wasp.”

Check out the full interview below!