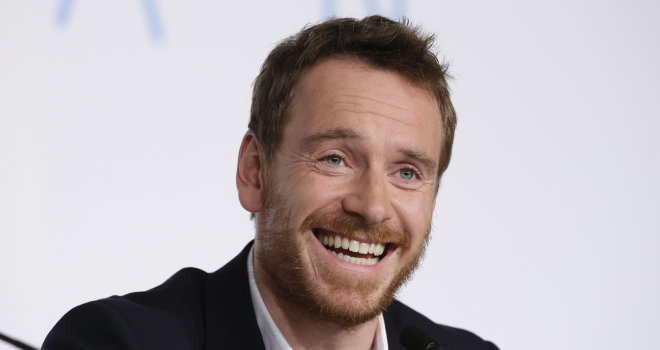 I believe I would have posted this yesterday but we were currently on a Michael Fassbender cool-down – I’m starting to think that he is an android or clone or something…or maybe he is one of those AI characters like that insane movie with Al Pacino! Speaking of insanity, pictures continue to come in revealing Michael Fassbender in Assassin’s Creed as both his 15th Century Assassin and his modern day counterpart. Poor Michael Fassbender…always stuck in cells! Say, maybe we’ll get lucky and we’ll get to see Quicksilver save him again. As long as Hawkeye isn’t around he should be alright. If you are wondering how the Fassbender is able to play two different characters, it’s through the magic of a machine called the Animus. The Animus allows one to relive the memories of ancestors and it will be interesting to see how that plays out on the Silver Screen!

As you can see, Michael Fassbender is slicing and fighting his way out of an iPhone release party on the first image while in the second one we see him discussing the Bible with (my guess) a Jehovah’s Witness. I’m surprised that Abstergo allows those guys in anyways! Joking aside, Assassin’s Creed looks to break the trend of terrible movies and hopefully is able to attain such a goal. As long as the Uwe Boll isn’t around we should be fine!