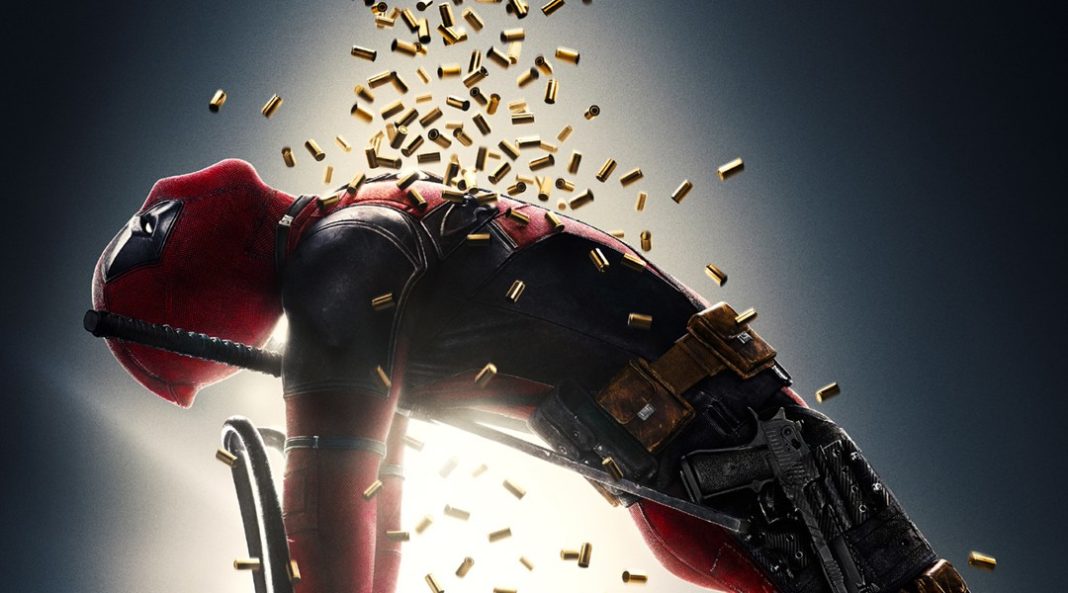 Superhero films form the foundational tent poles of many major motion picture company’s blockbuster summer events. Each film is only deemed truly successful, and therefore worthy of a sequel, if it earns the obscene amount of money it would take to fill Scrooge McDuck’s Olympic pool with enough gold coins for the wealthy waterfowl to submerge himself before reemerging as a coin spewing fountain. As a result, the first Deadpool film’s success was a bit of a gamble for the Fox studio heads as their earnings could potentially only permit them to wade in the pool.

Fortunately for moviegoers, Deadpool’s commercial success ultimately equated to trickle-down-filmmaking-economics, thereby blessing general audiences with more of the Merc with a Mouth’s misadventures. This success is due in large part to the character’s ability to transcend genres, sexuality, and various other methods of classification.

The first Deadpool film is unequivocally the best love story to grace modern cinema. With Deadpool 2, the titular character channels his maximum effort in an attempt to dominate family tropes with his signature red spandex, Bea Arthur, and a fistful of skee-ball tickets. Although many armchair critics with a thesaurus and basic internet access may quickly dismiss the Merc with a Mouth’s second outing as boorish, vulgar, crude, offensive, profane, obscene and generally family unfriendly, Deadpool 2’s narrative, with blooming onion-like layers, justifies the film’s place in the pantheon of family films. Here are “Five Reasons Deadpool 2 is the Perfect ‘Family Film.’” 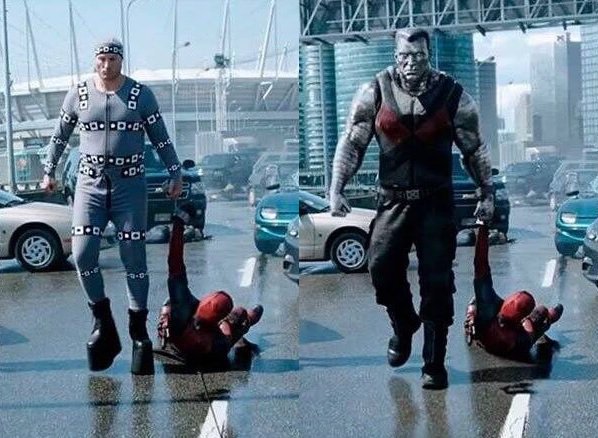 5) “For all Ages” Family Films Probably Contain More CGI than a Fight between Colossus and The Juggernaut.

At some point, every moviegoer has witnessed the overly endearing, and often projectile vomi-inducing, resolution to the third act of a “for all ages” family film. An exhausted family lovingly embraces each other after enduring great hardship to find reconciliation. The morning sun begins to rise, casting a newfound warmth on their faces, as well as ham-handedly symbolizing a brand-new start for the family following the “treacherous” adventure of self-discovery. Somewhere, an angel has gotten its wings. Elsewhere, this author needs a bucket.

Unfortunately, these heartwarming conclusions must be constructed with a larger CGI budget than Warner Brothers allotted for removing Superman’s moustache, because there is absolutely no way that a family would behave in such a manner following a crisis. Those gentle smiles conveying familial love have to be added on in post-production. Smiles expressed with such perfection do not exist in nature. Additionally, the sun only has two settings: “Off,” or, more importantly, “Stare at it long enough and you’ll go blind.” Lighting which so perfectly captures these moments is an affront to natural order of things, as it can only be rendered in a studio.

If your family was anything like mine growing up, hugs would certainly be a part of the reconciliation process. However, “loving” reconciliation would only occur following a frantic rant riddled with more expletives than there are bullet holes in Deadpool’s suit after a gunfight. Superhero films sometimes catch a lot of criticism for lacking realism or an over-reliance of poorly rendered CGI. However, the only film elements less realistic than a computer generated Colossus administering a powerline colonoscopy to the Juggernaut are the cliché endings to “for all ages” family films.  Despite most of the action requiring some serious amount of CGI, at least Deadpool 2’s sweet embraces weren’t added in by post-production.

4) Deadpool 2 Embraces Themes Centered on Fixing the Fractured Family with Open Arms and a Tender Squeeze of the Derriere.

Although one of Deadpool’s most prominent superpowers is his godlike healing factor, his unmitigated levels of insanity elevate him above all other characters in the medium. His insanity allows him to connect with audiences by completely razing the fourth wall with a flurry of obscene one-liners and sexual innuendo. Additionally, Deadpool is one of the only characters who is completely aware that he is in a comic book film centered on familial themes. As a result, the character makes certain to embrace all of the best tropes surrounding family films. These allegories range from “fixing the fractured family” to “saving the broken child” with a dash of “you are not your horrible father.” Instead of cramming these tropes down the audiences’ throats with the elegance of a toddler stuffing the Thanksgiving Turkey, Deadpool uses a deft hand to season the narrative with these story beats. 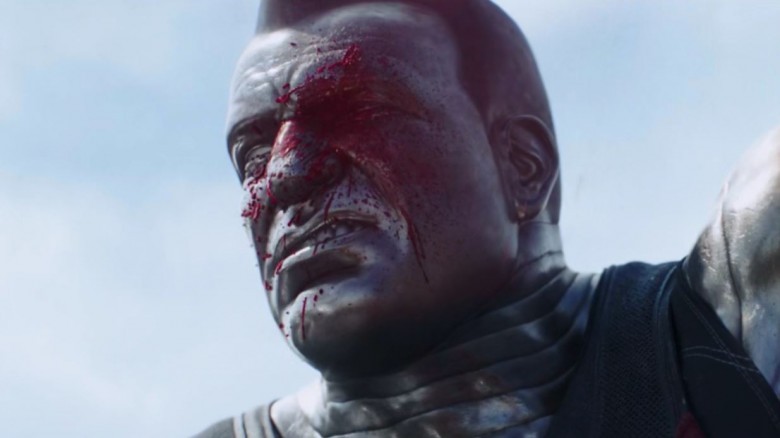 Unless you live in a G-rated Disney film filled with pixie dust, flying ships and a dog nursemaid, chances are that certain members of your family could rank somewhere on the scale of “quirky” to “Arkham Asylum Escapee.”  If one or more of your family falls into the latter portion of that scale, then, at some point, you have probably adopted certain friends into your “circle of trust” as a means of balancing out all of the maniacs within the lineage.  One of the most powerful family movie tropes in recent memory preaches the notion that family is not determined by blood.

The X-Family is the perfect representation of this notion as many students at Xavier’s School for the Gifted have been shunned by society as well as their families. Students often find a sense of family within the school in spite of all of the emotional baggage this entails. Deadpool is no exception to this trope, as he seeks to cure the only thing his omnipotent healing factor cannot mend: the pain of loss. Like a true family-man, Colossus welcomes the Merc with a Mouth into his X-Family with open arms and a conceded squeeze of the posterior following years of rebuke and lewd comments regarding his genitals. The organic metal X-Man and his trainee essentially become adopted brothers.

However, others may allude to a deeper connection between the two characters. Summoning the antithesis of Domino’s superpowers in the first film, Colossus was close enough to absorb Deadpool’s blood through his eyes, nose and mouth after being showered with the infamous money shot. This author fails to see how this bodily fluid bath does not make the two characters instant blood brothers, thereby negating everything written in the past three paragraphs. Perhaps it would be best to leave this thread alone.

2) Playing Skewer the Bad Guys with Crazy Uncle Deadpool will Leave You More Satisfied than playing Football with Uncle Rico.

Deadpool often turns to address his audience with clever witticism about the color of a man’s pants or deliver an elegant one-liner belittling the magnitude of his manhood every few minutes. This is essentially no different from that crazy uncle who mutters to himself about the impending apocalypse throughout family gatherings.

Crazy Uncles are a staple of the family movie genre. Deadpool is perfectly suited to this role within the family. The only difference between Deadpool and your crazy uncle is that the Merc with a Mouth’s insane ramblings contain some semblance of humor. Your crazy uncle’s rants just unnerve everyone sitting around the table. You crave more time with Crazy Uncle Deadpool because he says the cool things that your parents refuse to acknowledge.

Unfortunately, spending time with either person could potentially result in your immediate, and unfortunate dismemberment. It is the one hazard that comes with Deadpool’s choice of occupation. However, hearing Deadpool tell stories about turning bad guys into kabobs is infinitely more thrilling than hearing Uncle Rico tell you about the time he could have played professional football. Listen, Uncle Rico, no one gives two jack diddleys that you could have gone pro nor do we possesse any semblance of belief that you can throw that football over those mountains. Stop talking and pass the football to me before I impale you with my katana! 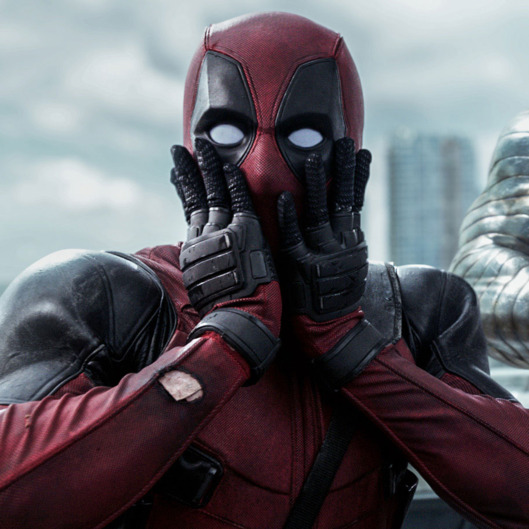 At some point in our lifetime, we have all been to a family dinner where racist, sexist rhetoric explodes from old Uncle Buck’s mouth with such fervor that everyone in attendance requires an immediate CAT scan for tumors. Upon full consideration of his nickname, The Merc with a Mouth, Deadpool most certainly continues to fill the role of crazy uncle perfectly. Deadpool’s wit and humor are superpowers unrivaled throughout the medium. The character has a unique, and always vulgar, one-liner in his quip utility belt specifically written for every possible scenario. He has an inappropriate joke for everything.

As a result, Deadpool could add something special to those awkward family dinners beyond spouting hate rhetoric that should have died in the 1960s. At least you will be laughing until you wet your pants at Crazy Uncle Deadpool’s joke about horrifically mutilated nipples instead of dying of complete embarrassment. As a result, Deadpool 2 provides us with the crazy uncle that we have always wanted.

Those are the “Five Reasons Deadpool 2 is the Perfect ‘Family Film.’” If you have already seen the movie, do you agree or disagree? Is there anything that we may have missed? Sound off in the comment section below.