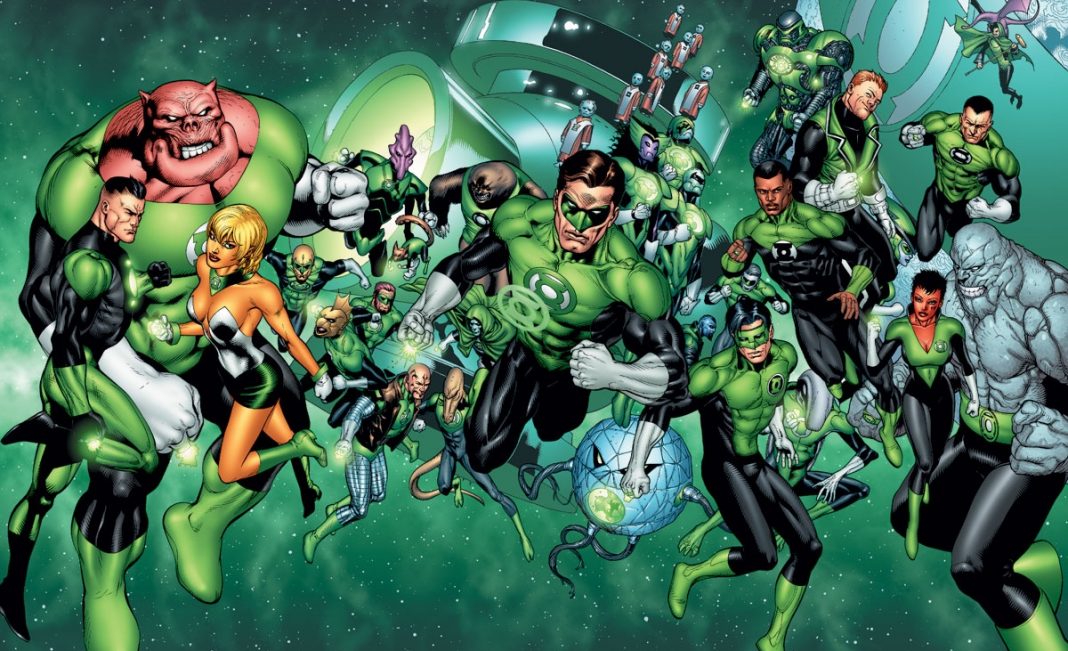 We weren’t expecting a Green Lantern to shine brightly in Batman V Superman, and according to Justice League producer Charles Roven, we probably won’t be meeting Hal Jordan or his ring-slinging compatriots in either Justice League film. Yes, sadly, this means we’re going to have to wait until 2020 to get our first look at the Green Lanterns in the new (hopefully improved upon) DC Cinematic Universe. But when we do get them, we’ll be rewarded for our patience with a focus on not two, but three preeminent Green Lanterns. Initially, sources reported the Green Lantern Corps film would introduce us to the entire Corps, with Hal Jordan and John Stewart shining as the narrative’s nucleus. Thanks to new – but currently unofficial – information garnered from our friends at Latino-Review, there’s a chance the Green Lantern Corps movie may feature three leading Lanterns.

Referring to Latino-Review’s currently undisclosed source, Kyle Rayner was referenced as that third, leading Green Lantern. You remember Kyle, right? When Hal Jordan went ape-sh*t and curb-stomped the entire Corps, the green-hued collection of will-powered space-cops was relegated to a swirling mass of floating space corpses. With one remaining ring, the last Guardian of the Universe, Ganthet, presented aspiring artist Kyle Rayner with the iridescent, finger-worn, thought-powered implement; Ganthet was determined to keep the legacy of the Corps alive with the promise of its future resurgence. Was Kyle up for the task? Well, it was a very hard road rife with tragedy, missteps and painfully learned lessons, but Kyle successfully continued the legacy and made possible the resurgence. Yep, he did the Corps proud, and even evolved into something beyond a Green Lantern on occasion (Ion).

One final tidbit of information gleaned from Latino-Review’s source defines the age-ranges of the willpower-wielding, space-faring law enforcers; they’re looking for an actor about the age of Matt Damon for Hal Jordan, and two younger actors for John and Kyle. Very, very interesting.

Ready for not one, not two, but THREE leading Green Lanterns in the Green Lantern Corps film?? And ….WHAT ABOUT GUY GARDNER???