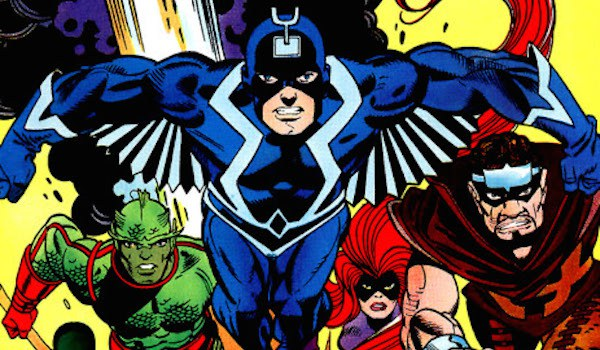 Late Friday night, Marvel Studios officially announced the postponement of the studio’s Inhumans movie. Originally scheduled for a June 12, 2019 release, the future of the Inhumans movie is now unclear. DAMN IT!

“Since we made our initial phase three announcement, we added Spider-Man, which was a big joyous coup for us. We added Ant-Man and the Wasp, which was a big fun continuation of that story for us. Walt Disney Company has announced an Indiana Jones film for right around that same time. So I think it will shuffle off the current date that it’s on right now,” Kevin Feige told Collider last week. “How far down it shuffles, I’m not sure yet.”

Since the news broke Friday night several theories regarding the postponement have hit the internet.

The first theory is that Marvel has somehow reached an agreement with Fox to bring the X-Men into the MCU. Since Marvel Studios was setting the Inhumans up as a replacement for the unavailable X-Characters, a sudden thawing of relations with Fox could be one reason for the postponement.

Another theory is that Fox will allow the rights to the Fantastic Four to lapse back to Marvel and the Inhumans will be needed to set up a broader ranging Phase 4 centered around the FF.

The third and most likely theory is that the rumored tensions between Marvel’s television and movie arms are to blame. Agents of SHIELD has been using the Inhumans sans Royal Family since their second season. That usage may have conflicted with Marvel’s planned theatrical rendition of the Inhumans and led to the postponement.

Whatever the case, we’ll have to wait until at least some undisclosed date after 2019 to see Black Bolt, Medusa, et al. on the big screen.

I, for one, am sorely disappointed by this news. I thought announcing an Inhumans movie was one of the boldest things Marvel Studios had done and I was looking forward to seeing what they would do with the characters on the big screen.

What do you think of this announcement?