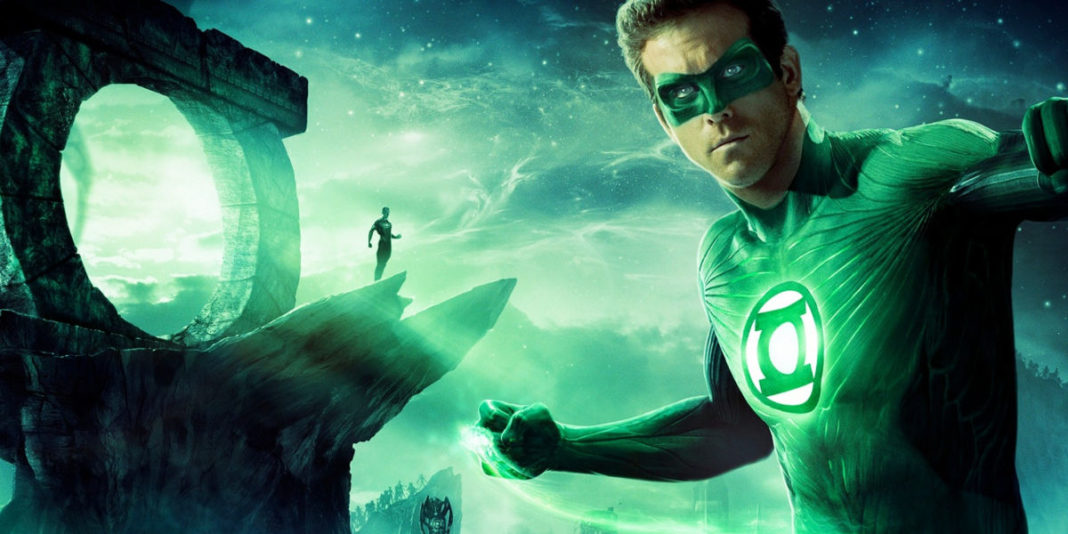 Warner Brothers is revamping Green Lantern for another cinematic go-round with Green Lantern Corps. Surprisingly, Ryan Reynolds is supposedly on the shortlist to play Hal Jordan once again, which is weird considering his disdain for the 2011 film, and the relentless jokes made at his expense in last year’s Deadpool film.

With all that hitting the news, I decided to rewatch Green Lantern to see if it was as bad as I remember it. And yes, I saw it in 3D in 2011, and on opening night.

Ah, 2011. Back when Apple only had four iPhones; Charlie Sheen was “winning;” Twitter was the social media giant; people were still confused over the ending to Lost; and the public was only beginning to get annoyed by Justin Bieber.

Ryan Reynolds and costar (and real- life wife) Blake Lively weren’t what was wrong with the movie. They both gave good performances as Hal Jordan (Reynolds) and Carol Ferris (Lively). They definitely had onscreen chemistry and you can see it in a few scenes.

Reynolds’s comedic timing was a strong point in Green Lantern. His natural talent could be seen when he tried to activate the Green Lantern power battery. He made Jordan a three-dimensional character instead of just a cocky test pilot chosen to defend Space Sector 2814.

Mark Strong gave an exceptional performance as Sinestro. Not only did the makeup department make Strong look like the fallen member of the Green Lantern Corp, he oozed with righteousness and a sense of superiority to the Guardians.

Everything else. I was blindly optimistic that this would be a good movie before it came out. Director Martin Campbell made two of the best James Bond movies to date: Goldeneye and Casino Royale. With those two movies alone, he proved he could direct action sequences brilliantly. Campbell also directed 1998’s excellent film The Mask of Zorro.

In retrospect, I ignored a few red flags before the movie came out. The first full-length trailer was released in March of 2011, three months before the film’s release date. The teaser was released in November of 2010, but that only had scenes edited together to generate buzz. A trailer that fully explains the plot a mere three months before release is never a good sign. Other movies that had short timespans between trailer releases and their theatrical debuts included 2016’s Ghostbusters, The Hangover Part III, and Pirates of the Caribbean: On Stranger Tides. Just a murderer’s row of bad movies.

Another glaring flaw in Green Lantern was the CGI costume. I’d really like to know who thought it was a great idea to have the Green Lantern suit be 100% computer animated. What made the suits great in Spider-Man, Batman V Superman, or even the 2005 Fantastic Four, was the fact that they looked very similar to the comics, and also, very REAL! Whenever I saw the Green Lantern costume, it took me right out of the movie. I couldn’t help but be distracted the whole time.

Even Reynolds hated the costume. So much so, he made fun of it in Deadpool.

The biggest issue with Green Lantern is the script. It seems like there was one draft made and WB went with it. Some baffling things that somehow made it into the final cut included Hal’s training montage. Were Kilowog (the late Michael Clark Duncan) and Sinestro taking turns at trying to kill Hal Jordan?

Honestly, any scene involving Hector Hammond (Peter Sarsgaard), and the choice to have Parallax as a smog cloud confuse me to this day.

Yes, it is as bad as I remember it. It is more of a guilty pleasure movie these days along the lines of Flash Gordon, Starship Troopers and The Wicker Man. While Reynolds, Lively and Strong hold their own, they just can’t escape the fact that the script was horrendous or the CGI suit. With David Goyer on board to write Green Lantern Corps, I am sure we will get a completely different iteration of the Guardians’ keepers of peace and justice throughout the galaxy.