The times certainly are changing for Doctor Who. It was announced last year that longtime showrunner Stephen Moffat will be leaving the show. However, he’s not the only big name departing from the immensely popular BBC show.

The 12th incarnation of the Doctor, Peter Capaldi, announced that he will not renew his contract following the upcoming season. He talked to BBC Radio and said that now was the time “to move on to different challenges.” Capaldi became the latest version of the Doctor in 2013, taking over for Matt Smith (even though his first appearance was really in the 50th Anniversary special, The Day of the Doctor).

Doctor Who has been in a bit of a slump for the past few seasons. The show, which was resurrected in 2005, has gained a strong international following in the past decade, but many fans were turned away from Capaldi’s darker version of the Doctor (although most of the blame could be directed right at Moffat.)

While it’s sad that Capaldi will be packing up his Sonic Screwdriver (or more accurately, Sonic Ray Bans), this does leave the door open for change. A new showrunner and new Doctor means a fresh start for the program and they could start the new era with a bang!

While there is plenty of untapped talent that could become a fan-favorite Doctor, why not swing for the fences instead? So, with that said, here are three perfect choices to replace Peter Capaldi as the 13th Doctor.

It’s been an up and down experience for the former Harry Potter. After being a young kid thrust into stardom, Radcliffe has settled into post-Wizard life with various small-time projects and theater productions. Movies like Swiss Army Man and Imperium might not be billion-dollar blockbusters, but they show the range Radcliffe possesses. He’s got the brand-name and the acting chops, so let him take the reigns as the next Doctor.

It’s not as crazy as you might think. Radcliffe starred in the critically acclaimed A Young Doctor’s Notebook & Other Stories alongside Jon Hamm. On what station did it air? That’s right, the BBC. The connection is there between the station and Daniel, and if he did show interest, I’m sure the BBC would jump at the chance to plug him into the series. The only question would be this: would he really want to take on the task of tackling another nerd-beloved role?

It’s going to happen eventually. Everyone wants it. So, now is the time; the Doctor needs to regenerate into a woman at some point! If you’re going to finally make the change, you might as well bring in someone who wants to play the role. Enter Haley Atwell, who has gone on the record saying her ideal role would be to the play the Doctor. It’s makes too much sense not to happen.

Atwell jumped right into the hearts of geeks everywhere by playing the no nonsense Peggy Carter in both Captain America: The First Avenger and the character’s titular spin-off show. Due to the events in Civil War, Carter’s time in the MCU is finished. Also, her ABC show Conviction was a one-and-done, meaning her schedule to film another television show has just opened up.

Atwell isn’t just a special Doctor you could tout out for one season (like Christopher Eccleston). She’s someone who can carry the mantle of the Doctor for season’s to come.

An interesting option could be one of the most underrated actors in Hollywood: Tim Roth. Despite having major roles in movies like Pulp Fiction and Reservoir Dogs, Roth doesn’t get the recognition he deserves. Perhaps taking a turn as the Doctor could be the perfect boost his IMDB page needs. Plus, almost serendipitously, Roth already discussed the idea of becoming the next Doctor, stating he’d take the role as soon as Capaldi stepped down.

Roth would be a perfect Doctor to replace Capaldi, while transitioning away from darker tones the recent seasons strived for. He could still play the seriousness notes, while injecting more humor as well (for the transition’s sake).

If you need convincing, look towards Roth’s performance in the underrated Fox series Lie to Me. The quirks Roth delivered, meshed with his serious moments, were the perfect elements for a Doctor Who audition tape. And I’d say he passed with flying colors.

Why not? Everyone loves Tennant as the Doctor. We’ve also seen him hold off regeneration in the past. So, why can’t he just re-regenerate from Capaldi’s form? Sure, it would take some convincing to pull off, but fans of the 10th Doctor would happily overlook a small continuity mishandling if it meant getting Tennant for one extra season.

Think how happy you were to see him return in Day of the Doctor? Now times that by 13 (the number of episoded we’d get). Sometimes, to movie forward, you need to take a step back. Well, for Doctor Who to move forward, perhaps the best option is to turn twelve back into ten!

So, what do you think? Any other Doctors worthy of piloting the TARDIS? If you think you have the perfect Capaldi replacement, let us know in the comment section below! 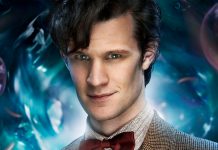