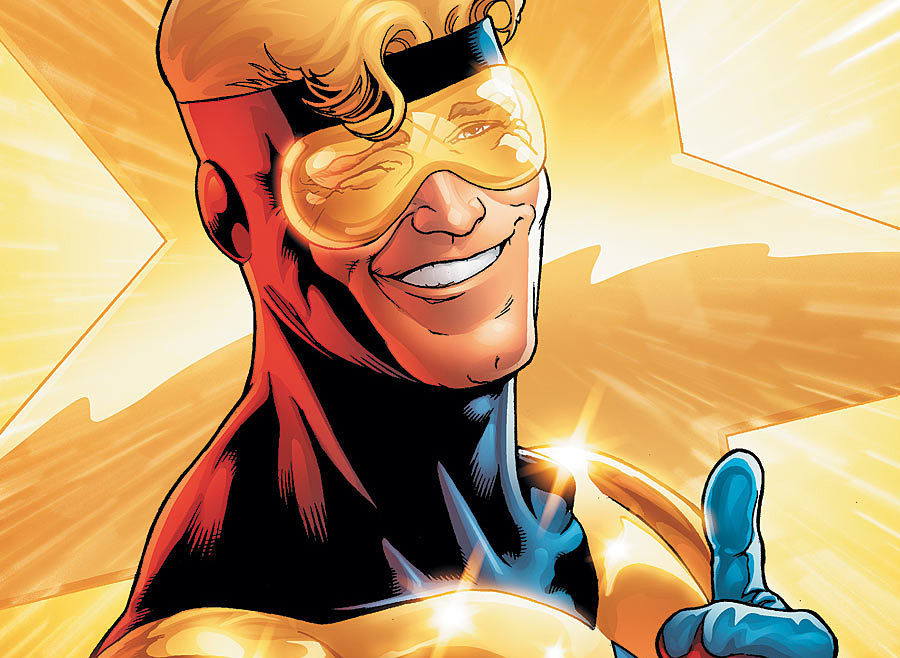 Greg Berlanti, DC TV Super-Producer overseeing the likes of Arrow and The Flash, just confirmed Warner Brothers is moving forward with a Booster Gold movie. In an interview with The Hollywood Reporter, Berlanti confirmed the forthcoming film featuring an egotistical, super-armored adventurer from the future, and implied an interest in directing the anticipated, sure-to-be-hilarious adaptation.

“I’m attached to a few films [at Warner Bros.] now, and one, Booster Gold, is a DC property. Zack Stentz, who wrote an episode of Flash last year, just got the job, so he’s writing the script now. I’d probably direct that, or I would want to. But I don’t see my cup as limited. I actually think some of the stuff we get to do on the TV side is richer, deeper and more like the true comic books in the sense that you’re always able to explore a new thing the next week and the stories grow wider and wider.”  His perspective on the benefits of weekly TV is spot-on, considering how The Flash series is consistently well-regarded. The forthcoming Flash film, however, is a different animal. After losing its director, Berlanti was asked if there was any interest in helming the cinematic adventures of the mild-mannered, Speed Force-infused, forensic scientist.

“No one’s discussed that with me, but I could never direct a Flash movie that Grant Gustin wasn’t the lead of,” he explained. “He’s my Flash.

His advice for the fellow who actually lands the directing gig?

“We have three words above the door [of the Flash writers room]: “Heart, humor and spectacle. If you’re going to do something like The Flash, part of what made Barry Allen so great was that he was this guy in the middle of all these superheroes who couldn’t believe that he was there, and he loved it. It was the first comic book character who made me cry. He died in Crisis on Infinite Earths saving everybody, and he was the last one anyone expected to save everyone, so inherent in this character was this heartbroken sadness and sacrifice, but at the same time this joy. That duality is something I’ve really latched on to in a lot of what I’ve done. This is the only Flash I’d know how to do”

So, psyched for the Booster Gold movie? Psyched for a completely speculative Flash film directed by Greg Berlanti and starring Grant Gustin? Let us know below!!