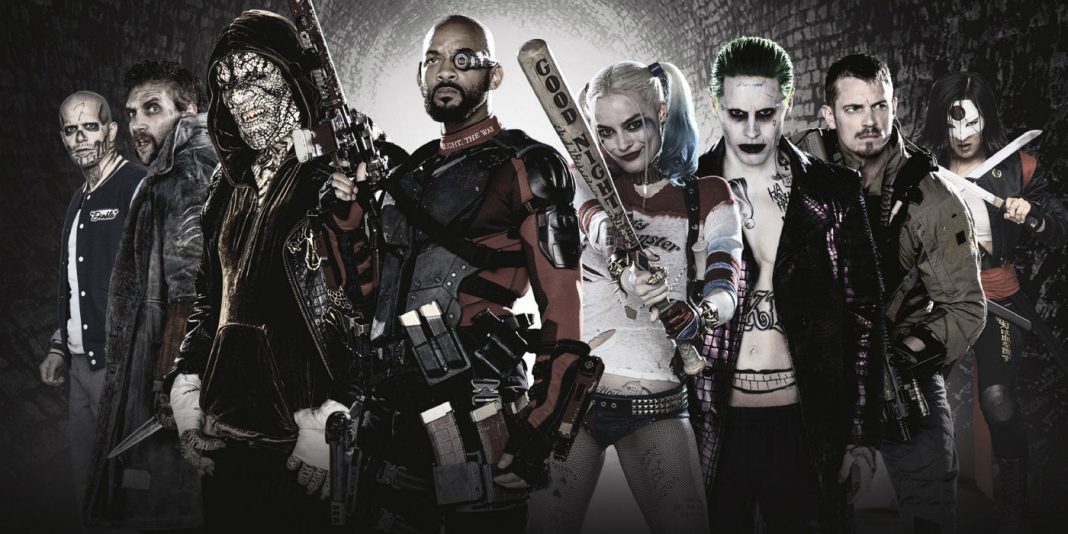 We are three weeks away from one of the most insane comic book-to-screen adaptations ever. Suicide Squad is expected to bend and distort the genre thanks to a villainous team being front and center. With so many fun characters showing up on Task Force X throughout the years, it had to be difficult for director David Ayer to whittle down a proper lineup. Our friends over at ScreenRant got to the bottom of things and asked Ayer point blank how he selected the Suicide Squad roster. Apparently, it all started with the leader of the team.

“I mean Deadshot’s a no-brainer, because he’s just a core element of that team… he’s a supervillain. I mean, he’s a bad guy. They’re all bad guys, that’s the beauty of this.”

Once you bring a character like Deadshot on board, you need an actor capable of bringing the abstract villain to life. Floyd Lawton is not just an expert marksman and hitman, he’s also a family man who cares deeply for his daughter, and that’s why Oscar nominee Will Smith was the only choice for the role in Ayer’s eyes.

“I think Will’s incredibly versatile and can handle any kind of role you throw at him. He’s definitely, it’s funny because none of the normal words apply. I wouldn’t say he’s the father figure of the team, because it’s like herding cats. They don’t care. But he definitely has that the leadership quality, and it’s a great character for him.”

Now that a leader has been established (will all due respect to Rick Flag), something else needs to be addressed. It’s not just sex appeal, but the tough gritty nature of Harley Quinn that proves she can hang with the psychotic boys. She’s been front and center at the marketing for Suicide Squad, but despite her strong presence, even Ayer couldn’t leave out her beloved Mr. J.

“You get into her origins, and her relationship with Joker is so defining that it seemed like ‘Okay, you have to have… it’s salt and pepper.’ You gotta have one with the other. I mean they go together like knife and fork.”

Bringing in characters like Deadshot and Harley Quinn are fun, but are they really villains? Deadshot will probably be more of an anti-hero, and I’m sure we’re going to get a look into Quinn’s backstory that might instigate some unexpected waterworks. Because of the relatable, arguable heroism residing in these characters, Ayer needed to bring in someone truly evil. Someone who could turn the Suicide Side knob way past eleven on the crazy meter. Enter Jai Courtney and Captain Boomerang.

“It is a lot of fun to see how Boomerang, Captain Boomerang… who is sort of the most villainous of all these character. It’s just been a blast creating this absolutely kinetic, out of control force of nature with Jai. You know the character paradigms: he’s like ‘Evil Chaotic.’”

From the looks of things, Captain Boomerang might just be the role that makes Courtney a thing (something A Good Day to Die Hard and Terminator: Genisys couldn’t do). In the fleeting moments we’ve seen through trailers and clips, Captain Boomerang has been stealing the spotlight. Even Ayer seems to agree that Boomerang is the breakout star.

As for the rest of the Suicide Squad roster, it seems Ayers just grabbed some of the craziest characters the DC Universe had to offer. Killer Croc, Katana and El Diablo would have seemed out of place in the Nolan-verse, but are right at home in the Ayer-verse. As for Slipknot… well, he seems destined to have his head explode due to his implant, but fear not; Ayer hinted that there are plenty of other characters that can join the raucous in future installments. (King Shark, please!!!)

“It’s crazy how many characters there are. I mean they keep killing them all, blowing their heads off. And that’s the beauty of this, too, you know no one’s safe. No matter who is in the movie, they’re not safe. Anything can happen.”