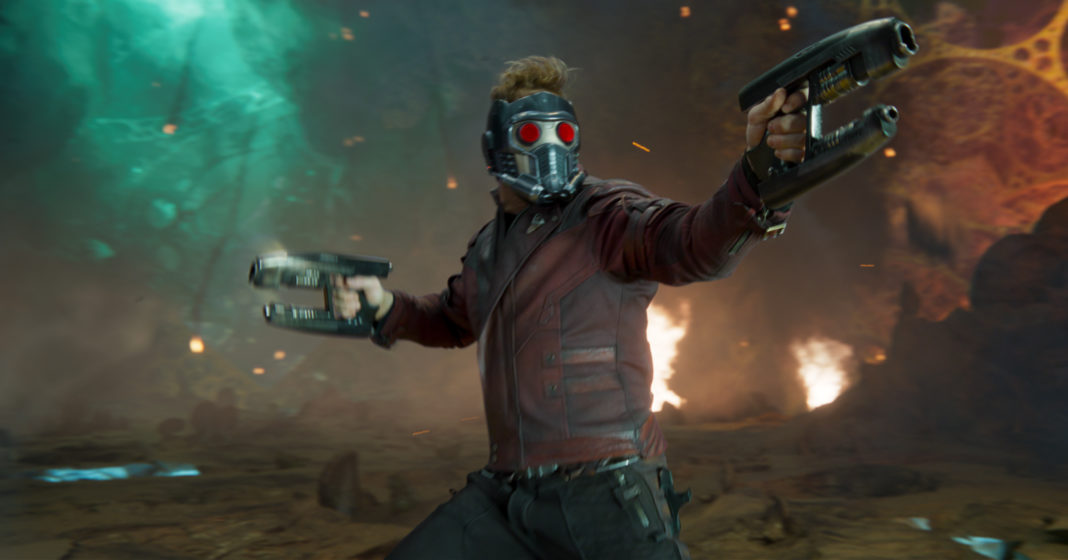 Say what you want about the Marvel Cinematic Universe, but there’s no denying the amazing cohesiveness of every film. We are 14 movies in to this crazy array of films and somehow everything still meshes well (mostly thanks to the existence of Infinity Stones). It’s hard to believe that masterminds behind the MCU would ever allow that to change.

However, James Gunn doesn’t abide by the rules. He follows the beat of his own drum and that’s one of the reasons why he’s been so successful in developing Marvel’s outer space realms. Colorful characters and unique worlds didn’t originally seem to fit in with the Marvel model, but now it’s hard to picture the MCU without the star-filled habitat the Guardians of the Galaxy live in.

With the success (both critically and financially) of the first Gunn Marvel outing, the studio has given him leeway with the upcoming Volume 2. While Kevin Feige and the rest of the braintrust usually try to keep their characters part of the main narrative, they were willing to let Gunn fly his freak flag and forge his own path. As Gunn told The Daily Beast, there was an understanding between he and the studio that Volume 2 was his baby, and no one else’s.

“There is not a single thing in Guardians of the Galaxy Vol. 2 which was ever dictated by the larger Marvel Cinematic Universe. There are things that I did in the movie that they’re going to have to deal with, now, in Infinity War. But it was pretty much understood that the Guardians are my guys, so they’d have to deal with whatever came from that. So there was nothing. It’s a 100 percent self-enclosed story about the Guardians of the Galaxy, very much like Dr. Strange was.”

This is what makes Guardians of the Galaxy Vol. 2 a refreshing breath of fresh air. While it’s impressive how Marvel keeps everything together like a constantly growing LEGO set, we’ve yet to see a non-origin Marvel movie that expands beyond the Thanos plan. Even Gunn’s first movie was forced to be centered around an Infinity Stone and scenes with The Mad Titan were required. However, for this go around… Gunn was given “carte blanche” which will give this sequel it’s own vibe.

“Never has [Feige] told me that anything has to be in my film. I mean, I know what their plans are. But there’s just nothing I do to service that within Vol. 2’s story; all that’s important is Vol. 2. Everything about Vol. 2 is what’s important. He’s never told me anything hasn’t fit in on the second movie. On the first movie, there were some more technical weird things that we had to deal with, and I was a bit more bashful about getting my way. But now, it’s not part of the conversation.“

Now, just because Guardians Vol. 2 is doing it’s own thing, doesn’t mean the movie won’t tie into the overall narrative. The Russo Brothers are still going to have to tie Vol. 2’s events to the impending Avengers: Infinity War. The Guardians are going to fit into that movie somehow, and as Gunn told Complex, Star-Lord and company are going to be crucial to the events in the next cinematic chapter of Earth’s Mightiest Heroes.

“You know, listen, I don’t think we should overstate things that it is an Avengers movie, but the Guardians are a part of the cosmic universe, they’re a part of Thanos’ stories, so, they are in there, and they have, not the biggest, but, an integral part to that.”

So, there you go. While Guardians of the Galaxy Vol. 2 will be its own adventure, Groot, Drax, and everyone else will fall right back into Marvel’s plans once they ally with Iron Man, Thor, Captain Marvel, Thor and the rest of The Avengers. It’s a cinematic event that will be 18 movies in the making, and what happens in Vol. 2 will greatly affect next year’s final product.

But what about beyond that? We live in a time when a movie series is judged by its trilogy. That means we’re getting a Guardians of the Galaxy Vol. 3 eventually… right?

Let’s hope that once all the hoopla of Volume 2 calms down, Gunn can go out and direct whatever passion project his heart desires. Then once he’s ready, he can continue to build his Marvel Galactic Universe by tackling Volume 3.

It’s hard to envision any director filling his shoes, so let the man take his time and give us a proper version when he’s ready. Once that movie is ready to go, there should only be one demand coming from Marvel Studios: that Gunn be forced to include Beta Ray Bill! We need us some Beta Ray!