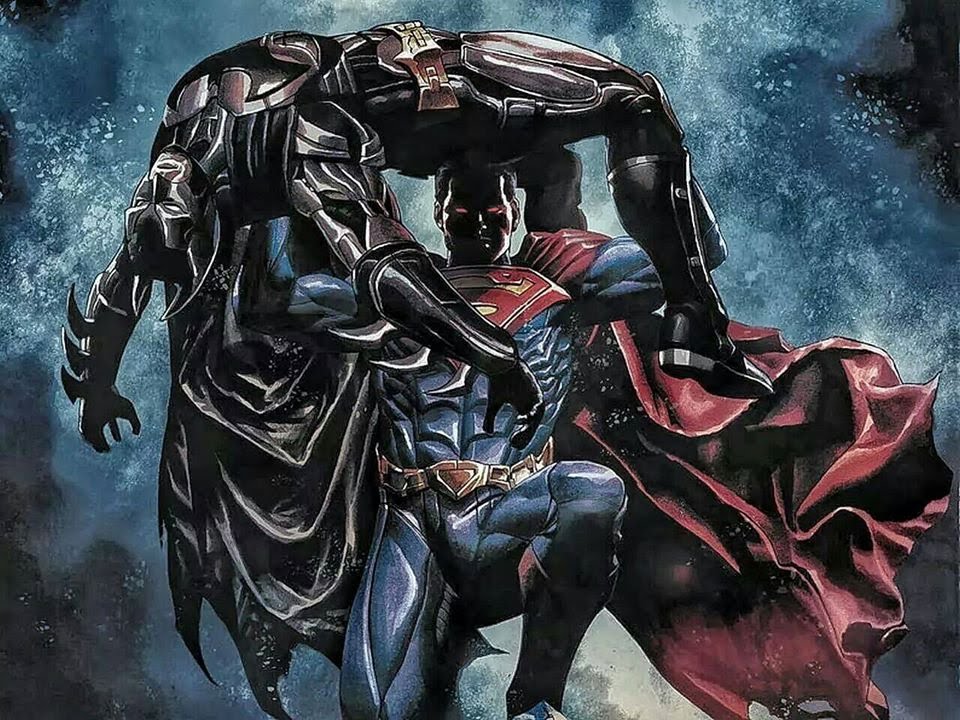 Yes, it’s going to be messy and immensely destructive, seeing as how one of the two combatants can head-butt a skyscraper several thousand miles over several international borders, and the other….the other brings enough military hardware to effectively sink the Balkan Peninsula. Anyway, they’re fighting (in Batman V Superman), and you need to get yourself and your family out of the freaking metahuman kill-zone before it’s too late! But if it IS too late; if you’re stuck and the window-shattering face-punching has already begun, you’ll have to figure out how to survive in the crossfire while Batman and Superman discharge heavy weaponry and hurl continents like ceramic tiles. Look, just keep calm and stick to the following plan, true-believers; there’s a chance you might actually survive the fight between Batman and Superman.

1. If You’re Not Already in Gotham City…STAY OUT OF GOTHAM CITY!

Look, Superman’s been floating around in arbitrary pockets of airspace above Gotham City. He’s also been melting several city blocks with intermittent barrages of Heat Vision. News sources are saying Superman is “defending himself” against Batman. Defending himself? Does mounting a defense usually involve picking up a shopping mall and dumping its contents on the Batmobile? Hmmm. Overkill, anyone?

2. Stay Away From the Infrastructure!

Buildings are coming DOWN, b*tches! I know they look safe, but Superman just mashed Batman’s clavicle by ramming him through at least 75 warehouses, all of which were STUFFED TO THE GILLS WITH SECOND-SHIFT EMPLOYEES! I know; staying away from buildings in a land of perpetual buildings is damn near impossible, but…Well, this is what you get for city-livin’! Tons of concrete landing on your shoulders will absolutely kill you; I’m not a Podiatrist or an Astronaut, but I know this to be true. A flying, flaming cow? Well, that’s a comical bit of destruction you might just survive.

Look, these two presumed do-gooders are very busy elbowing the teeth out of each other, but they’re still keeping an eye on crime! The SECOND someone jumps through the already shattered windows of Wally-Mart to grab themselves a few ‘complimentary,’ cassette-filled Teddy Ruxpins, Superman will direct one laser-producing retina towards their general location and melt them into sad pools of chunky, inhumane, strawberry ice cream.

Superman respects our country and its values. He might take a break from deflecting Batman’s bullets into the faces of screaming school children and save one from imminent bone-mashing if they happen to be wrapped in the star-spangled colors of Old Glory. Although, the United States Government has been especially critical of Superman’s recent performance; this means he might take out a little of that frustration on your new post-apocalypse, politically oriented blouse via freeze-breath and an eyelash stabbing.

Look, this sounds like a given. Why in the HELL would you purposely provoke a murderous vigilante with the moment that fractured his psyche and gave deluded purpose to his obsessive, tedious, soul-weathering mission?? Well, you would never proactively tell him, but there’s a chance he may grab you amidst the Batman/Superman holocaust and ask you if you killed his parents. You’ll probably deny it, but he’ll bite your chin until you say otherwise. Now, to end the pain, you’ll probably want to acquiesce. DO NOT DO THIS! If you give into the pain and confess to ‘immaculate patricide’ you will immediately become a talking, screaming, organically-built Heat Vision shield. Look, just DENY, DENY, DENY!!!

How else might one survive the superhero catastrophe when Batman and Superman trade blows and b*tch-slap your neighborhood? Let us know below!