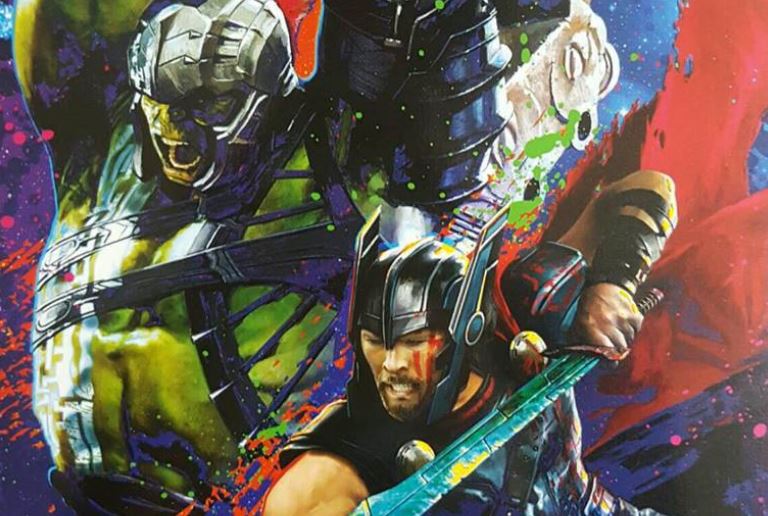 BEHOLD! BATHE IN THE DIVINE GLORY of the very first, recently shared allotment of promotional art released for Thor: Ragnarok! What do we have to look forward to in the third Thor installment? A lot. Let me break it down for you.

He’s looking for Odin who recently abdicated the throne of Asgard. The usually well-dressed All-Father is currently slumming in Midgard (Earth), whose exact location might be divined with the help of Earth’s relatively new Sorcerer Supreme (call him “Doctor,” please).

It co-stars the Hulk, and, taking a cue from the seminal Hulk story, “Planet Hulk,” the two fairly aggressive heroes roam the cosmos in a quest to retrieve something cosmically dangerous. The “fun” begins when they end up on a horrifying world where gladiatorial contests are the preferred means of entertainment.

Yep, they’re going to wrestle the hell out of brutish aliens and smack the crap out of weaponized, space-faring murder-turtles in an effort to…uh…keep fighting. Anyway, they fight. A lot. And, according to the following bit of promotional art, they dress appropriately. OBSERVE! 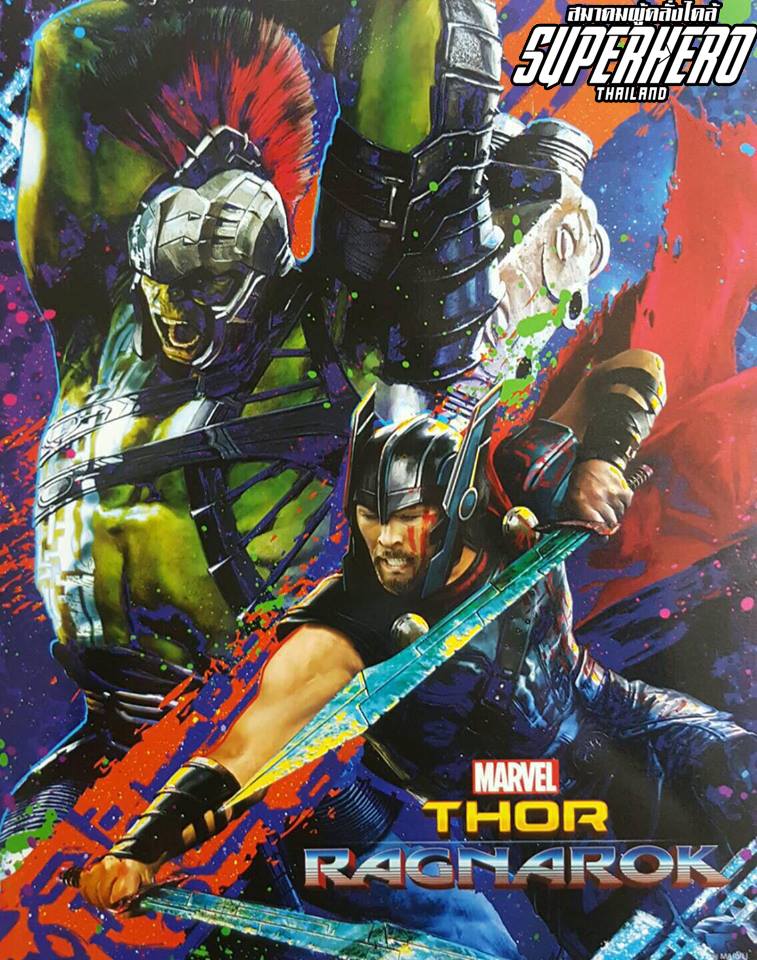 Call me crazy, but I have a feeling there’s more on the way. Brazil is hosting the annual CCXP event, and Marvel has one hell of a presence. Heck, they already released the first teaser trailer for Spider-Man: Homecoming (which should be popping up “soon,” apparently), and we know they offered some tasty Thor: Ragnarok tidbits. So, yeah, there might be MORE Thor: Ragnarok info on the way. Stick with us. We’ll pass along any news just as soon as it hits.