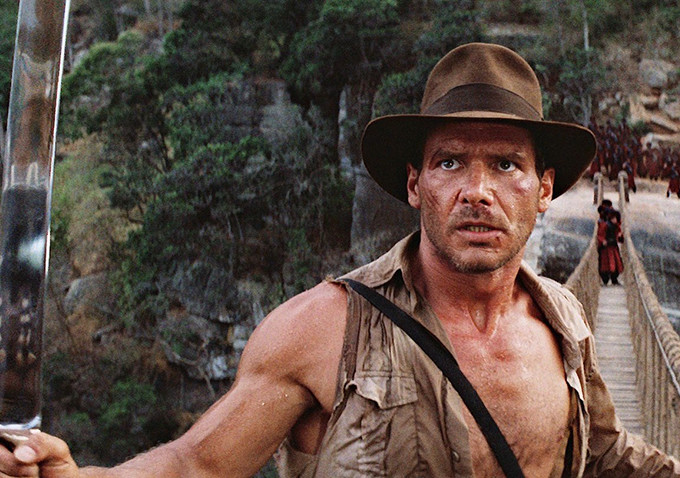 Crack your whip, grab your fedora…and your pet snake?? Well, leave him at home, because everyone’s favorite world-traveling, Nazi-fighting, refrigerator-hiding archaeologist is back. That’s right; Indiana Jones is heading back to the big screen with Indiana Jones 5.

Disney made the announcement today that Indiana Jones 5 will open in theaters July 19, 2019. Harrison Ford will once again take on the role of Dr. Jones. Even better than having Ford back? Getting Director Steven Spielberg to return with him for Jones’ fifth outing. Also returning are producers Kathleen Kennedy and Frank Marshall, who have been with the franchise since the beginning. Unfortunately (or fortunately?) there’s no mention of George Lucas; he seems to be the only member of the original Indy brain trust no longer with the film.

“Indiana Jones is one of the greatest heroes in cinematic history, and we can’t wait to bring him back to the screen in 2019,” said Disney chairman Alan Horn. “It’s rare to have such a perfect combination of director, producers, actor and role, and we couldn’t be more excited to embark on this adventure with Harrison and Steven.”

The career resurgence continues to swirl for 73-year-old Harrison Ford. In December, he revisited his other iconic role of Han Solo in the multi-billion dollar blockbuster, Star Wars Episode VII: The Force Awakens. This summer, Ford is set to begin production on the long anticipated Blade Runner sequel. With two famous roles down, he now gets to return to the cargo pants-wearing character with a perpetual five o’clock shadow; a role that secured him a spot as one of the best action stars of all time.

2019 would mark eleven years since we last saw Dr. Jones on the big screen. Kingdom of the Crystal Skull was the worst reviewed movie in the Indiana Jones library, due in part to its lack of Nazi’s and the inclusion of aliens (not to mention the whole nuke- the-fridge scene). Despite the less than stellar fan reaction, Crystal Skull still hauled in over $780 million worldwide, proving that Indiana Jones is still a hot commodity.

By bringing back Ford, Spielberg, Kennedy and Marshall (and hopefully leaving Shia LaBeouf and his swinging monkeys behind), perhaps Disney can recapture the same magic Indy had when he first appeared in Raiders Of The Lost Ark back in 1981.

Here is the full press release from Disney:

Indiana Jones will return to the big screen on July 19, 2019, for a fifth epic adventure in the blockbuster series. Steven Spielberg, who directed all four previous films, will helm the as-yet-untitled project with star Harrison Ford reprising his iconic role. Franchise veterans Kathleen Kennedy and Frank Marshall will produce.

“Indiana Jones is one of the greatest heroes in cinematic history, and we can’t wait to bring him back to the screen in 2019,” said Alan Horn, Chairman, The Walt Disney Studios. “It’s rare to have such a perfect combination of director, producers, actor and role, and we couldn’t be more excited to embark on this adventure with Harrison and Steven.”

Are you ready for a slightly older, mostly cantankerous but still thoroughly entertaining Indiana Jones in his fifth, filmic installment? And if you are, what outrageous predicament would you like to see him bullwhip his way out of? Let us know below!