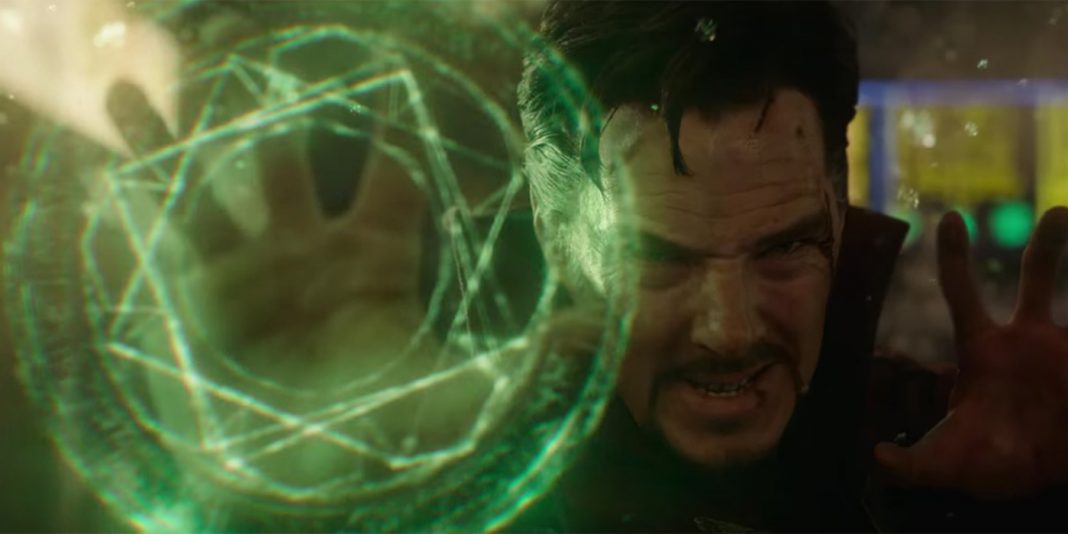 Be warned before you continue: spoilers will be sprinkled throughout this article. So, if you’re going to read this article… proceed at your own risk!

They’ve become the narrative linchpin uniting the Marvel Cinematic Universe, and soon all six Infinity Stones will come together to bring unlimited power to the mad Titan, Thanos.

Prior to last week, four stones made themselves known. With the release of Doctor Strange, the penultimate fifth stone finally came to the big screen.

It has long been rumored that the Eye of Agamotto would be the latest vessel to hold an Infinity Stone. We now know that it’s the Time Stone responsible for offering a green glow to the amulet. What’s truly amazing was how easy it was to turn the ancient relic into an Infinity Stone. As director Scott Derrickson told Cinemablend, adding it into the story was a no-brainer.

“Surprisingly, it was something that just evolved organically. The Eye [of Agamotto] in the comics is too powerful! The Eye is a Deux Ex Machina device — it doesn’t matter how bad a situation Doctor Strange is in, it’s like, ‘Wait! The Eye of Agamotto! Let me take the Earth to the other side of the solar system!’ It could do anything at any time. So, we ended up working into the idea that it was used for time manipulation, and that just organically led us to, ‘Well, why don’t we put the Time Stone in it?’ And it worked!”

While simply hearing the word Infinity Stone is enough to draw excitement from any Marvel fan, the addition of the Time Stone now brings up a plethora of questions. If Wong and the rest of the sorcerers are aware of the Infinity Stones’ presence, do they know about the rest that are currently just chilling out on Earth? Also, as we saw in Guardians of the Galaxy, no mortal can wield an Infinity Stone. So, how can Stephen Strange manipulate the power with such ease? Magic? Really? SO MANY QUESTIONS!

However, the biggest question could be this: how did the Time Stone end up on Earth? Every stone has a backstory:

The Tesseract (Space Stone) made its way to Earth from Asgard and was hidden until Red Skull tracked it down.

Vision’s Jewel (Mind Stone) was brought over by Loki after it was given to him by Thanos.

The Aether (Reality Stone) was taken from the Dark Elves and hidden by the Asgardians until Jane Foster stumbled upon it.

However, the Time Stone just happened to be in the possession of The Sorcerer Supreme and left on display like some sort of trinket. If every other stone has a backstory, the Time Stone needs one as well, a prequel to how it became enclosed in The Eye of Agamotto.

No matter how the Time Stone got to Earth, it’s here, and along with the Mind Stone will serve as a beacon for Thanos to come to our big blue marble floating in space. Somehow, the other three we know about will also head this way (unless we start seeing Thanos collecting them on his journey). That leaves one final mystery: when will we see the final Infinity Stone?

There are only four movies left until Infinity War. Guardians of the Galaxy Vol. 2 is a ‘nope’ (that is, if you trust the word of director James Gunn). Spider-Man: Homecoming seems unlikely… especially considering the film wasn’t even part of the MCU schedule two years ago. That leaves Thor: Ragnarok (warm) and Black Panther (warmer) as the two likely locations for the still mysterious Soul Stone. Or perhaps the final piece of the puzzle will be revealed in Infinity War itself, with the final stone serving as the impetus for bringing The Avengers back together (wishful thinking at best).

So, we are one step closer to a completed Infinity Gauntlet. The cosmic rainbow is nearly complete as a shining green light has now graced the MCU.

We’ve also witnessed the Time Stone’s power, and combined with everything else we’ve seen regarding Infinity Stones, this means some real trouble is coming for Earth’s mightiest heroes. Hopefully that leads to more slow motion, reverse-action sequences!