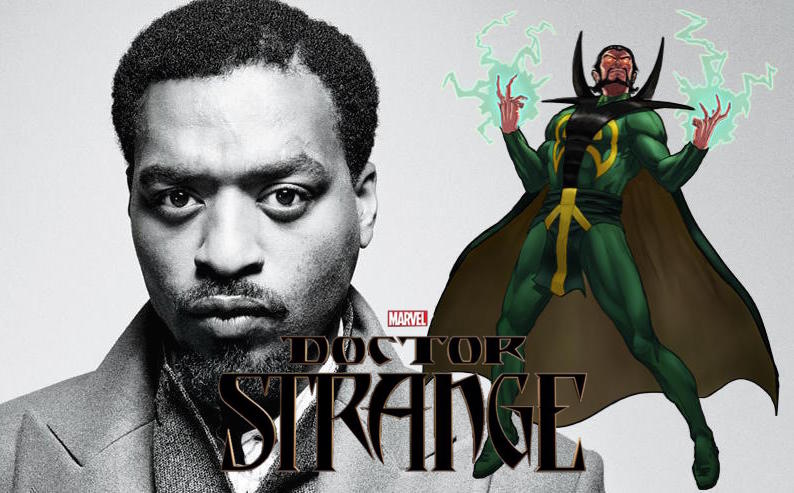 Actor Chiwetel Ejiofor plays Baron Mordo, a potential antagonist to Stephen Strange in the forthcoming Marvel film, Doctor Strange. Recently, he spoke with our friends at Entertainment Weekly and offered some insight into a character that could very well be Doctor Strange’s unapologetic opposite. But first, here’s a little helpful comic book history for you:

Before he took on the moniker of ‘Baron’, Karl Mordo was a sorcerer trained by the immortal, Tibetan super-wizard, The Ancient One. This is especially interesting since The Ancient One was also responsible for tutoring Stephen Strange in the art of infinitely powerful magics. Was Karl Mordo pleased with The Ancient One sharing sacred magics and finding favor with an outsider as obviously undeserving as Doctor Strange? Absolutely not, and hence the budding conflict.

Okay, now that the history lesson is over, we can move on to the interview.

Chiwetel discussed the character of Karl Mordo, and his relationship to both the Ancient One and Doctor Strange.

“In terms of his life with the Ancient One, it’s this long and intense relationship they have that’s just very deep and very connected,” says Ejiofor. “I think they both recognize in Strange this certain quality that they feel is going to be very useful in a situation they’re in — just by the nature of who he is, and the way that he operates, and the way his mind works, and the certain skill set and personality that he has. So, when they all meet, they realize that he’s somebody that can be plugged into this very surreal, interesting, sort of fascinating circumstance that they’re all in, and the dangers that they face. And so it becomes a process of assimilating him into their ways of life.”

Hmmm, it sounds like the movie version of Karl Mordo isn’t evil, at least not initially. This could be interesting. Perhaps jealousy grows within Mordo throughout the film as he witnesses Strange’s natural talents and observes The Ancient One convey preferential treatment to an outsider. Hmmm.

The interviewer was as curious as I was, coaxing Chiwetel to divulge Mordo’s loyalties, or lack thereof. With Mads Mikkelsen already playing the film’s currently unidentified main villain, would Mordo be playing the part of hero, or simply waiting to kick Strange in the teeth when the opportunity presented itself?

“Oh, he’s a very complex character that, really, I don’t think can be nailed down either way, you know,” Ejiofor says. “I guess it’s something to experience, is what I’d say.”