Home MOVIES Editorials Is This Character the Link to Multiple Spider-Man Movie Universes?? 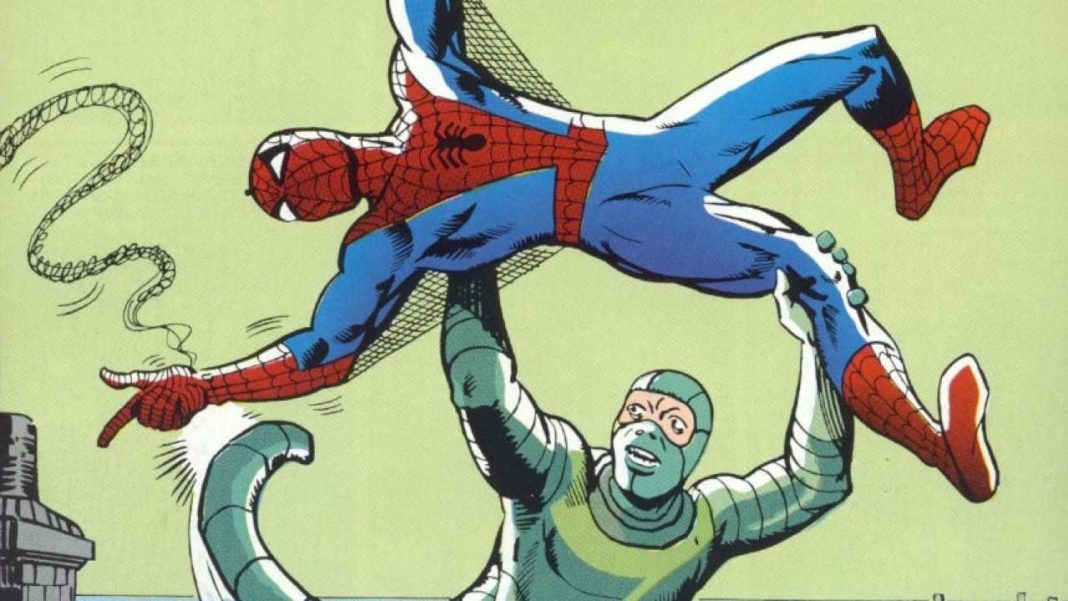 Spider-Man: Homecoming did what was once unthinkable only three years ago: it brought one of the biggest comic book characters of all time into The Marvel Cinematic Universe, entwining the life of Peter Parker (along with his colorful coalition of adjoining characters) with the rest of The Avengers. It’s a nerd dream come true.

However, nothing ever runs smoothly. That should have been in the back of everyone’s minds when major movie studios Sony Pictures and Marvel Studios decided to have joint custody. Only weeks prior to Homecoming, Sony announced their own series of spinoff movies: a Venom solo movie and a Silver Sable/Black Cat team-up flick. Sony Producer Amy Pascal said they would be connected to The MCU. Marvel Studios President Kevin Feige reiterated that they’re separate. Pascal then clarified that Sony’s Spidey-verse would be adjacent to The MCU.

Trying to unravel the Spider-Man movie web of rumors is enough to induce permanent ‘Feige face.’

So, with Sony saying one thing, and Marvel saying another, it’s difficult to gauge if the current Tom Holland version of Spider-Man will have anything to do with Sony’s side projects. Still, there is a growing belief that there will be some sort of link between the Sony and Marvel Spider-Man realms, and we might have already been introduced to that link.

Michael Mando had a brief yet memorable role in Homecoming. He was the leader of a group of ruffians purchasing Chitauri-ified weaponry from Adrian Toomes. After getting tossed from the back of the Staten Island Ferry during some amazing mayhem, Mando didn’t pop up again until a post-credits scene where he talked to an imprisoned Toomes about getting a bunch of his friends together to kill Spider-Man.

So, who exactly was Mando playing.  None other than Mac Gargan… aka The Scorpion!!!

STING 🦂 !!! Over the moon to be playing my favorite Super Villain! Heading to #SpiderManHomecoming premiere tonight to cause some ruckus pic.twitter.com/2PgztTqihv

Now, the idea that Mando will be back for future Marvel movies (possibly as The Scorpion) isn’t shocking. Marvel Studios is notorious for inserting future characters in minor roles, only to have those characters return for larger parts in the future. Phil Coulson in Iron Man, Black Widow in Iron Man 2, Ulysses Klaw in Age of Ultron — there are a handful of characters who were introduced in one movie, only to shine in a later picture. Mac Gargan could easily be next on that list, showing up in the Homecoming sequel
that is expected to kick off Phase 4.

But what if we don’t have to wait until the Spider-Man sequel to get Mando back on screen?

Once Sony announced a Silver Sable and Black Cat movie, some tidbits regarding the movie’s plot were apparently leaked. One major focal point, The Scorpion would be one of the primary antagonists. While that certainly doesn’t mean it will be Michael Mando in that particular role, it would be odd if Sony introduced the same character in their movie but with a different actor, all while Amy Pascal continues to say that Sony’s Spider-Man is in the same world as The MCU.

Instead, it makes more sense that Marvel and Sony are, in fact, sharing characters, and cooperating more than they’re letting on. Marvel Studios may not technically be producing a Silver Sable and Black Cat movie, but would it really shock anyone if Kevin Feige and his braintrust offered advice and helped the movie’s production?

If you didn’t know, the Silver Sable/Black Cat movie will be directed by Gina Prince-Bythewood. What was her most recent directing job? The pilot episode of Cloak and Dagger from Marvel Studios. Could it just be a coincidence? Perhaps, but there appears to be more of a partnership between Sony and Marvel than Kevin Feige is letting on. The two studios started with sharing Spider-Man and now they’re sharing directors in that same Universe. Why wouldn’t they do the same with villains like Mac Gargan?

You can already see the dots being connected as well. Look at the picture Mando tweeted (above) during his screen test as Gargan. As we saw in Homecoming, he did sport the scar and scorpion neck tattoo. What was clearly missing was that police badge.

Is it possible the idea of Gargan being a corrupt cop was scrapped because Marvel is letting Sony tell that story with a Silver Sable/Black Car movie? Felicia Hardy and Silver Sablinova aren’t exactly heroines, so wouldn’t a character like a dirty cop be a perfect foil for their movie? If that’s the route the movie’s story will take then The Scorpion is a perfect choice to play the big bad guy. Plus, if he’s introduced in his stinger form in that movie, then Mac Gargan could easily be brought into a Homecoming sequel –in full costume — without fans batting an eye.

Marvel and Sony may not be working together on these movies, but they could offer a symbiotic relationship between the studios to develop the characters alongside each other. and share them as needed. Mac Gargan would be a perfect test subject for this joint partnership.

Plus, it opens the door for future storylines. If characters are being shared, then let Michael Mando turn up in that Venom movie. Then, if Tom Hardy is unavailable to step into The Marvel Cinematic Universe, just let Mando take over the role of Venom in a possible Sinister Six movie (Gargan was a carrier for the symbiote in the comics).

Marvel can keep denying it, but there seems to be something to the ramblings of Amy Pascal that these two Spider-Man Universes are, in fact, connected. If that link is only Michael Mando as Mac Gargan…so be it. The man is a capable actor who would be a perfect bridge between the two superhero-powered studios.