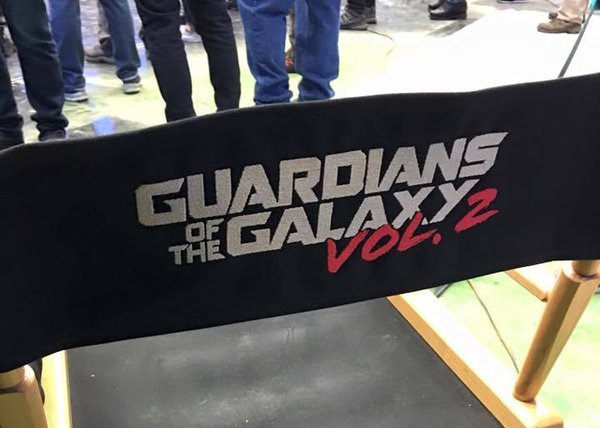 Super-cool director-writer James Gunn showed off the new Guardians of the Galaxy Volume 2 logo by showing off a picture of his director’s chair…which you saw when you clicked on the article! I kinda snuck it in there while you weren’t looking. Any-who, during one of his Q&A sessions on Facebook which lasted over 40 minutes, James Gunn began to tease the appearance of a new character which, for all intents and purposes, has been confirmed to be Mantis (played by Pom Klementieff).

Speaking about the new character, James Gunn said, “We have a new cast member playing a new member of the Guardians of the Galaxy and she was the most awesome and easiest person I’ve ever had to cast. She blew me the [frick] away. She’s amazing, and I can’t wait to share her with the world.” Gunn then referred to when they will actually confirm the new member. “Next week I believe…Or at least most of them [will be announced].” There you have it! Stay tuned for casting confirmations for Guardians of the Galaxy Volume 2 sometime next week and we will hopefully get our Mantis! In the meantime, why not check out our Guardians of the Galaxy page?