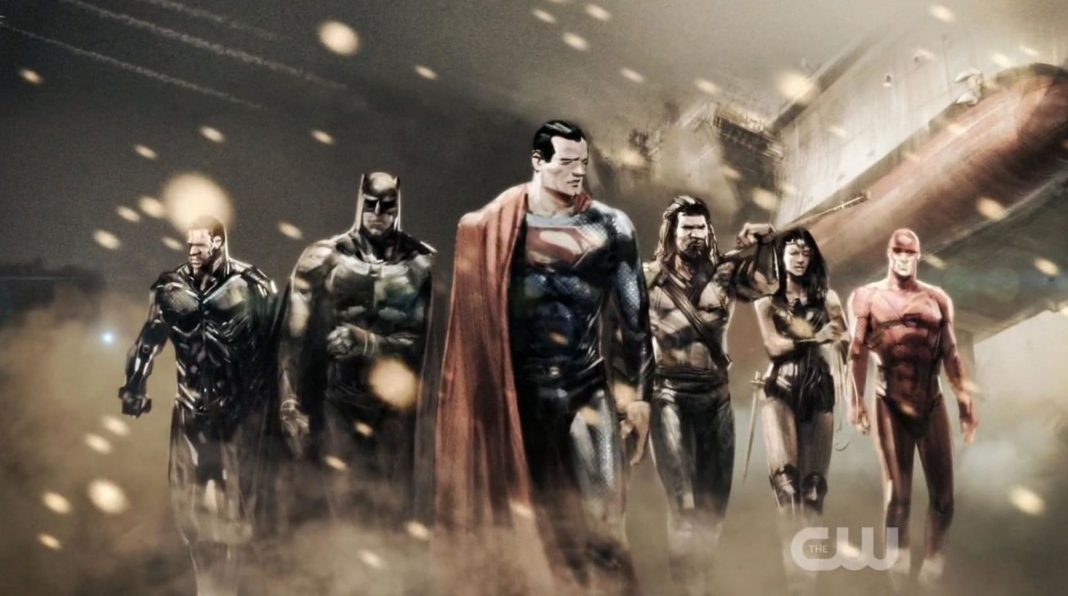 Our good friends at JoBlo visited the London set of Warner Brothers’ forthcoming, ensemble DC superhero film, Justice League, and they acquired a veritable poop-ton of Justice League movie details! What kinds of details? We’re talking plot, characters, villains, costumes, equipment and other incredibly informative indicia that may tend to make an especially excited fan salivate uncontrollably. Check out the video below for the full scoop, but if you feel like ingesting highlights in a numbered, organized, easy-to-read list, then take a gander at THIS:

2. Expect a lighter tone than what was displayed in Batman V Superman, which was more comparable to Frank Miller’s The Dark Knight Returns. It’s expected to be more of a fun, ensemble superhero piece that focuses on the building of the team and uniting to fight a common threat.

3. It will have a heavy Jack Kirby influence with the story revolving around the pursuit of 3 Mother Boxes located on Earth, Atlantis, and Themysicra, respectively.

4. The film takes place months after Batman V Superman with Bruce heavily affected by Superman’s death and seeking to honor his sacrifice by building the Justice League. Rather than being on the edge, he’s now a Batman full of hope, focusing on creating and uniting a team against a common threat.

5. A lot of the film involves Batman assembling the team, with Superman appearing later in the film.

6. Steppenwolf, a role expected to be cast soon, is one one the key villains, but not necessarily the only one. The influence of Darkseid carries into the film with the reappearance of those pesky, swarming Parademons.

7. Lex Luthor is involved to some degree, the extent of which is currently unknown.

8. Affleck is currently working on his solo Bat-film. He was granted the role of Justice League Executive Producer to have oversight on the Batman character so his exploits in Justice League, and his forthcoming Bat-project, align appropriately.

9. Batman’s suit will definitely see some improvements including armor plates underneath his costume to protect his vital Bat-organs. We’ll also see a new and improved version of his Superman-stomping armor closer to the end of Justice League.

10. Batman will build a Wayne-Tech transport carrier called The Flying Fox in order to transport the Justice League to and from places demanding super-powered justice.

For more Justice League “deets,” hit the video below!