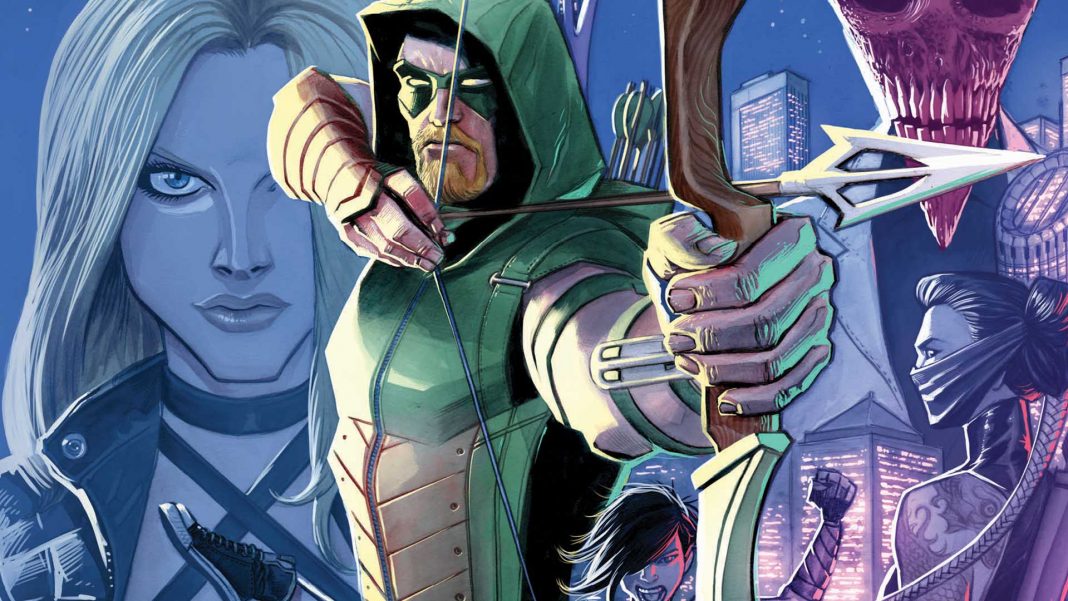 Check out My Review [WITH SPOILERS] for Green Arrow #1!

I took Green Arrow Rebirth #1 to task for presenting a feeble threat to the happily reunited Green Arrow and Black Canary. I have also taken some early Rebirth #1s to task for being decompressed, quick-bites of story. I would like to hold Green Arrow #1 up as “Exhibit A” for how a Rebirth debut should be handled.

This is a really good comic that scratches all the Rebirth itches, a comic that presents a series of shocks that will greatly please longtime fans of the comic version of Green Arrow.  Percy’s script also has enough thematic resonance connected to the CW series that fans popping by for their summer Oliver Queen fix will be pleased as well.

Last issue, Green Arrow and Black Canary got together for the first time since the New 52 began. While the issue had awesome character beats, the threat seemed kind of flimsy. Percy introduced the Underground Men, a Court of Owls-like, underground masonic cult that kidnaps Seattle’s homeless and sells them to super-criminals and mad scientists. These criminals in questions spend millions to secure their human chattel which begs the following question: why don’t they use their resources to secure their own homeless? I’m pretty sure someone with a bag of meth and some Gatorade can lure some grifting junkie into a limo.

Anyway, this week Dinah and Ollie take the fight to the Underground Men, and Percy focuses on the rediscovered dynamic between the two classic heroes. In doing so, the writer hits a narrative home run. Arrow and Canary’s back and forth is priceless, seeing them together (and they do get together- biblically) makes it feel like the last five years of haphazard New 52 Green Arrow stories have been part of an unpleasant, poorly written (except for you, Mr. Lemire) dream.

In Green Arrow #1 Percy reintroduces a classic GA villain and also features a shocking betrayal and more action than you can imagine in twenty pages. Otto Schmidt’s art and colors are absolutely stunning as these two creators that I never heard of just a month ago are starting something that seems truly special.