Home MOVIES Kevin Feige Declares a Partnership with FOX for X-Men and FF an... 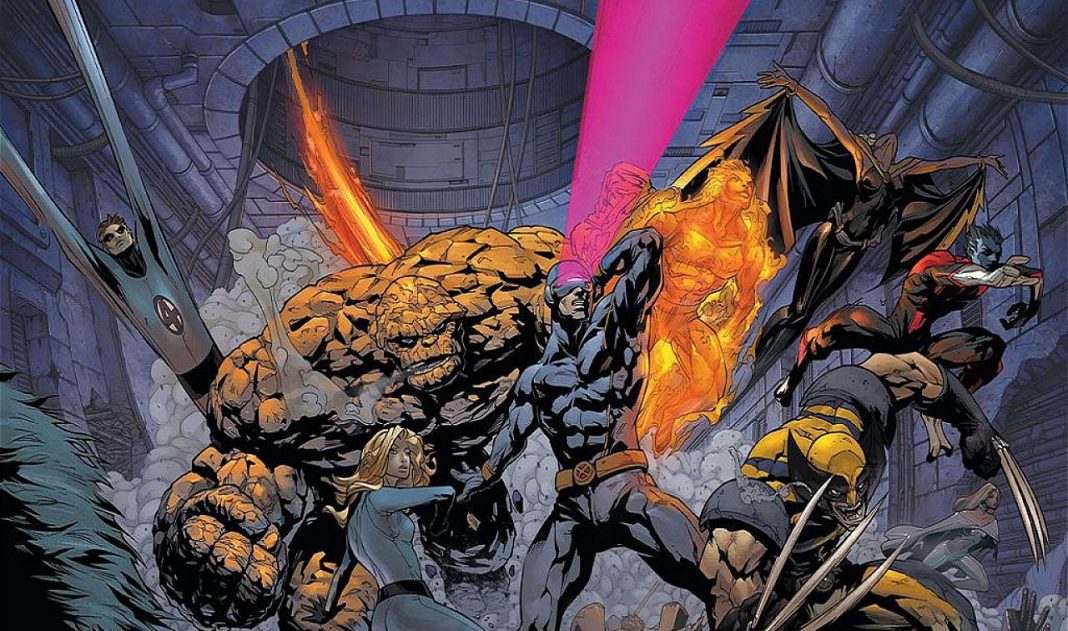 And we’re blaming FOX. Yep. Because FOX has crapped out its fair share of Fantastic Four disasters with Fant4stic Four being the epitome of Fantasti-crap. And, they’re losing their grip on a usually, reasonably successful X-Men movie franchise. Yes, X-Men Apocalypse made its money back, but its profit potential was stymied by lackluster reviews and a tenuous timeline. I mean, they could obviously use some creative help, but aren’t quick to surrender any rights or share box office returns.

You would think, circumstances being what they are, FOX might be amenable to formulating an alliance similar to the Sony/Marvel Studios partnership. Although Sony had moderate success with the Spider-Man franchise, they decided to defer to Marvel’s obvious, creative wisdom and allow Spider-Man to formally enter and inhabit the MCU.

And heck, we already know FOX and Marvel Studios are surprisingly fluid amidst a series of regular ‘give-and-take’ deals to acquire the use of characters, however temporarily, in order to give true Marvel fans what they want on screens both big and small. So, uh…what’s the hold up?

Well, according to Marvel Studios President Kevin Feige, a partnership with FOX — in an effort to increase the creative quality of these suffering franchises and introduce them to a proper movie universe — is, currently, an impossibility.

“It’s an impossibility at this juncture,” Kevin Feige told our friends at Variety when they asked him about a possible Marvel Studios/FOX team-up. “We certainly have enough films to keep us busy for a number of lifetimes.”

Well, this is crappy, considering there were rumors regarding an FF swap — Marvel’s relinquishing of certain X-characters so FOX could produce Legion and Hellfire in return for, yes, the rights to Fantastic Four!

And, we were really hoping Marvel ‘Phase 4’ might, y’know, focus on a ‘four-themed’ super-group upon which all super-groups — to some extent — are based! But….I guess not.

Completely Unrelated but of Equal Interest

Feige was asked about the ‘Distinguished Competition,’ Warner Bros., and their current, cinematic output. Needless to say, he views their output as a fan, and less an object (or objects) of competition.

“What other people are adapting from the comics medium, I watch with as much interest as I do any other movies. Because I’m a fan, and I want to see what other people are doing in the world. I’ve always believed in expanding the definition of what a Marvel Studios movie could be. We try to keep audiences coming back in greater numbers by doing the unexpected and not simply following a pattern or a mold or a formula.”

So…thoughts? Of course, this could all be bull-crap and the FF could come pouring out of a dimensional hole –Ultimate Nullifer in hand — during the final 17-minutes of Infinity War.