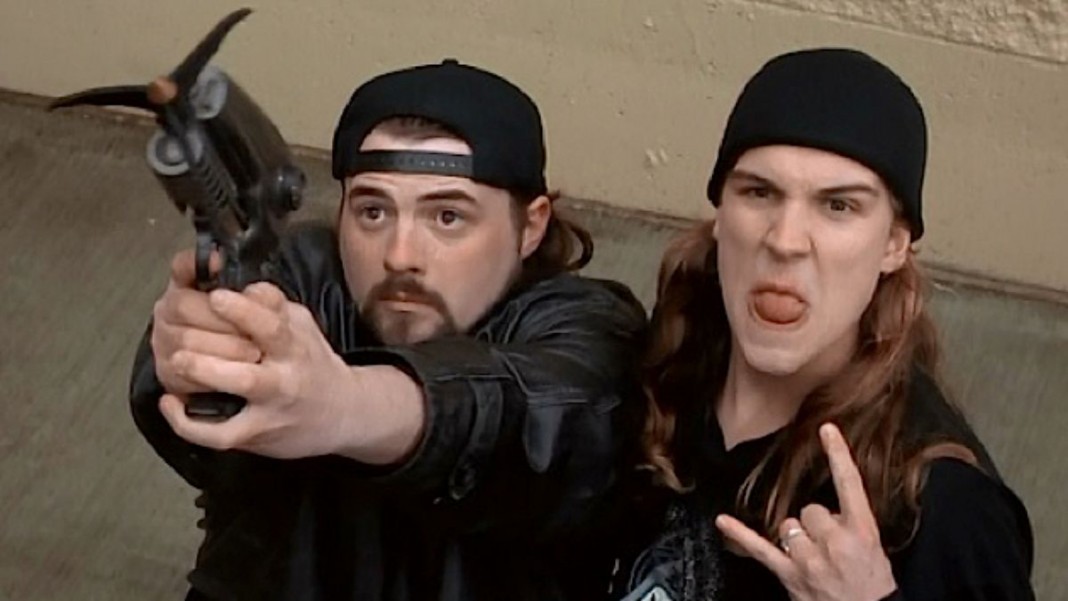 Kevin Smith, the man best known for his affinity for one-liners as Silent Bob or being a DC super fanboy, threw out some rather tasty tidbits of information from his last podcast, Fatman on Batman. You might have seen Kevin recently on DC Films Presents: Dawn of the Justice League which involved both Smith and Geoff Johns(of DC Fame) going over and heavily promoting DC plans for the Expanded Universe. We saw info on Cyborg, Batman, Flash, Green Lantern, Wonder Woman, Superman, and Aquaman and it was glorious. However, some fans have taken to the internet to gripe about Ezra Miller, who plays the movie version of the Flash. Their thoughts are that Grant Gustin, who plays the TV Flash, should have totally been the person to secure the role. Grant even released a statement via Twitter referring to his support of Miller. Fans of the TV Flash were disappointed.

But wait! From the aforementioned podcast, Smith kind of plucked on our nerd-strings. “We did a piece where we talked about — I don’t know how much I’m supposed to say because they cut it out,” stated Kevin Smith.”But the idea [came up] of, ‘Hey man, DC is known for nothing if not a multiverse,’ so at which point I was like [to Johns], ‘Could they [frick]ing crossover?’ And he was like, ‘Ahh.’ So doors are being left open and stuff like that.” Whoa, wait? Multi-verse? DC TV and Movies working together? Somebody get Bill Murray in here to do that ‘cats and dogs living together’ speech from Ghostbusters.

“Think about this, you can have Ezra Miller be the Flash and you could also have Grant be the Flash, because there’s a multiverse at work.” Ah, DC. When it doubt…just say ‘Multi-verse’. Hopefully this means that we will be able to get our proverbial Flash Cake and eat it too!