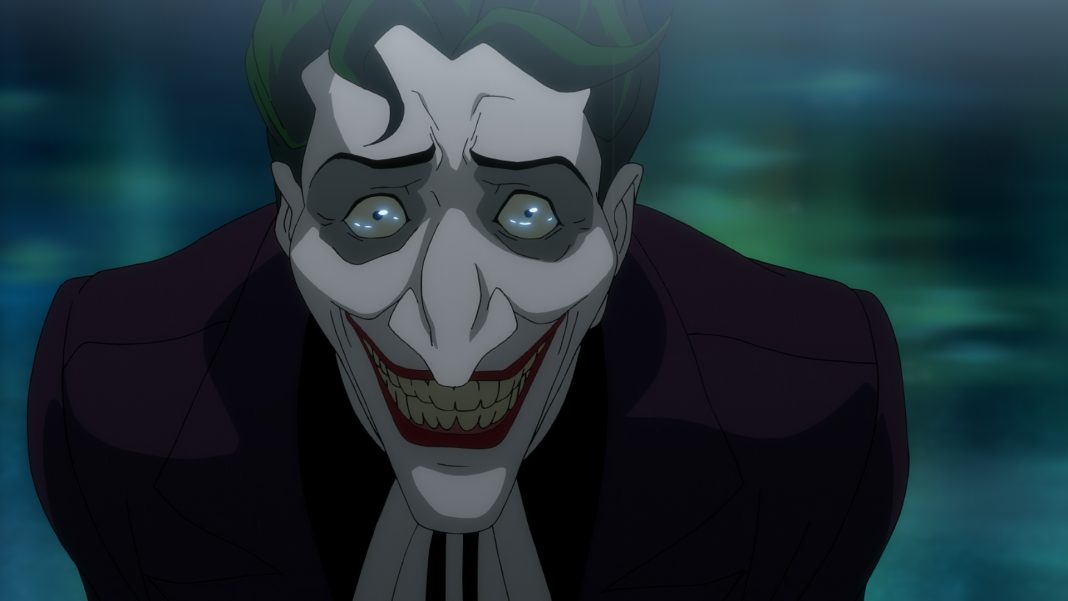 The exciting news about Batman: The Killing Joke just keeps on rolling in.

We already knew the R-Rated animated film was going to premiere at this year’s Comic-Con International.  Now comes the news that the film will also get a one-night only theater release.

Batman: The Killing Joke reunites the foundation of Batman: The Animated Series with Bruce Timm returning as executive producer, and actors Kevin Conroy and Mark Hamill reprising their seminal roles as Batman and The Joker, respectively. In addition to the animated feature, audience members will get to experience a special introduction from Mark Hamill plus a never-before-seen documentary about how Hamill was cast in this project and what the role means to him as an actor and a fan. The event will conclude with a special behind-the-scenes look at how the Joker’s memorable, yet disturbing song and dance number was recreated for this feature.

Tickets for Batman: The Killing Joke can be purchased online beginning Friday, June 17 by visiting www.FathomEvents.com or at participating theater box offices. Fans throughout the U.S. will be able to enjoy the event in select movie theaters through Fathom’s Digital Broadcast Network. For a complete list of theater locations visit the Fathom Events website (theaters and participants are subject to change).

“Fathom Events is thrilled to be able to bring Batman: The Killing Joke to movie theaters across the country so fans can see it on the big screen,” Fathom Events Vice President of Studio Relations Tom Lucas said. “Warner Bros. Home Entertainment, Warner Bros. Animation and DC Entertainment have created an amazing production based on a beloved graphic novel, and we’re honored to be a part of this release.”

My initial thought when I read this news was that maybe Warner Brothers was going to make a run at an animation Oscar with Batman: The Killing Joke.

I consulted with a friend who is a voting member of the Academy and he told me that to be eligible, a film must:

The film must be screened publicly for paid admission in LA to qualify for nomination and must screen for a qualifying run somewhere for at least seven days and its premier must be in a theatre, it may not premier on another medium.

Given that they’ve already announced the premiere of the film for SDCC and the theater run is only one night, I don’t think we’ll be seeing Conroy and Hamill accepting an Oscar next year.

Too bad, because for a brief, shining moment, I had hope.

Then it was replaced by a black hole of disappointment.