How can you get more classic than Superman? Well, Superman’s imminent arrival in Supergirl Season 2 is indeed quite classic, but it seems he’s not the only DC Comic character joining the population of National City. According to our friends at TVLine, Greg Berlanti and the gang are adding 5 new characters to the series: two regulars, and three recurring characters. And a few of these…a few of these will sound pretty familiar if you happen to read comics (which you probably do, hence the reason why you’re here and reading my textual inanities). So, Supergirl Season 2 adds more classic DC characters, and we here at The Source are pretty darn jazzed about the reported choices.

1. Lena Luthor. You’re familiar with her, right? In the latest Justice League comic book run, Lex Luthor’s convalescent sister turned on her overbearing brother (yes, it’s Lex Luthor. DUH!), displaying a surprising loyalty to the universal avatar of destruction, Darkseid. Her Supergirl iteration arrives at National City “to get out from under the shadow of her infamous brother.” She’s described as “sexy and smart and determined to get what she wants.”

2. Nick Farrow. According to the source he’s a “brash leading man” who butts heads with Kara at CatCo. Apparently, he’s the son of a world-famous reporter who is “looking to make a name for himself in the news world but the question of whether he can leave behind his former selfish and hedonistic ways will constantly arise. In hanging out with Kara, the hero in Nick might finally come out.” What??

And now, the 3 new recurring characters:

1. The Doctor. According to the source, she’s “the diabolical female leader of Project Cadmus who uses her surgical skills to implant prisoners with alien technology.” She sounds….undateable.

2. Snapper Carr. According to the source, he’s “a veteran journalist appointed by Cat to remake the news division by going old school.” Snapper’s character is of particular interest since he’s been involved with the Justice League for a number of years in a number of classic Justice League comics. Will he maintain a similar connection to heroes in the CW Supergirl-verse?

3. Maggie Sawyer. According to the source, she’s “an out and proud detective for the newly formed Science Police, which deals specifically with metahuman and alien threats.” In DC comics, she began her career as a police officer in Metropolis who later transferred to Gotham City where she received a promotion. She was an open lesbian who attempted to date Batwoman. Unfortunately, dating a member of the Bat-family is always a little rough.

Casting is actually underway for all five roles. Any suggestions? 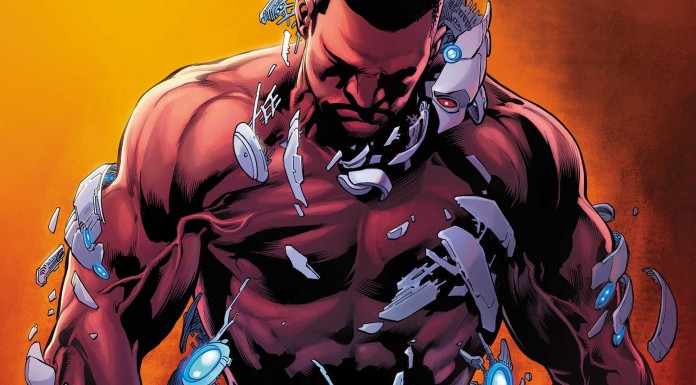 Check out What’s Shipping from DC Comics on 12/23