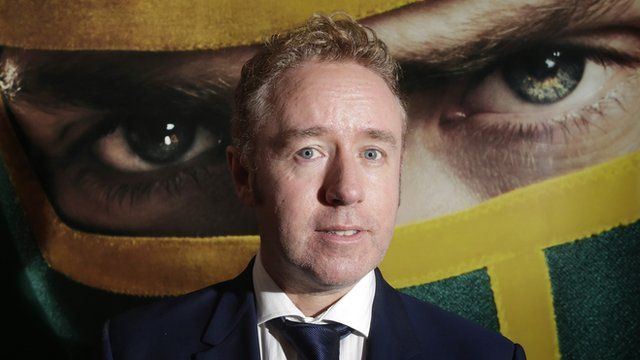 Mark Millar, best known for being the involved with comic book cornerstones such as Kick Ass, Wanted, and Red Son, as well as being a creative consultant to FOX, has decided to share his opinion on what happened with the recent Fantastic Four movie and Steven Spielberg’s comment on the state of superhero movies! Jeez, I wonder if ol’ Stevie boy realized that anybody interviewed after that statement would then be asked to make a statement on a statement! Ugh. My head hurts.

Speaking with IGN, Millar said this about Fantastic Four. “It’s a shame because I think elements of it were good. Some bits were good. I remember the first half in particular works well. [Josh Trank] is brilliant. Chronicle was my favorite superhero movie in 2012 — and be reminded Avengers was out that year. I really love Chronicle. It’s just a shame sometimes things don’t work out as planned. Nobody goes in hoping it’s not going to work out. Everybody is trying their best and those guys worked their asses off. It didn’t quite come together as well as they hoped, which is a shame.” And his thoughts on the possible sequel? “I think everything’s open to discussion. No decision I think has been made on anything yet like that. There’s chats everyone’s going to have on the phone at some point, but the Marvel brand is such a powerful brand. Marvel doesn’t always work out great — Thor 2 didn’t work out especially well, Iron Man 2 didn’t work. But then Iron Man 3 comes along and it’s great. These things can be uneven sometimes. Avengers 2 is nowhere near as good as Avengers 1.” Wow, those are almost fighting words!

Speaking of fighting words, Millar then expressed his thoughts on Steven Spielberg’s comments comparing superhero movies with westerns. “The human race will go the way of the Western. Everything has to end at some point. We’re just going to be atoms. It’s inevitable. I think [the superhero movie genre has] got at least another good five years. The stuff that’s coming up is so strong.” So I guess we don’t have anything to worry about, eh?